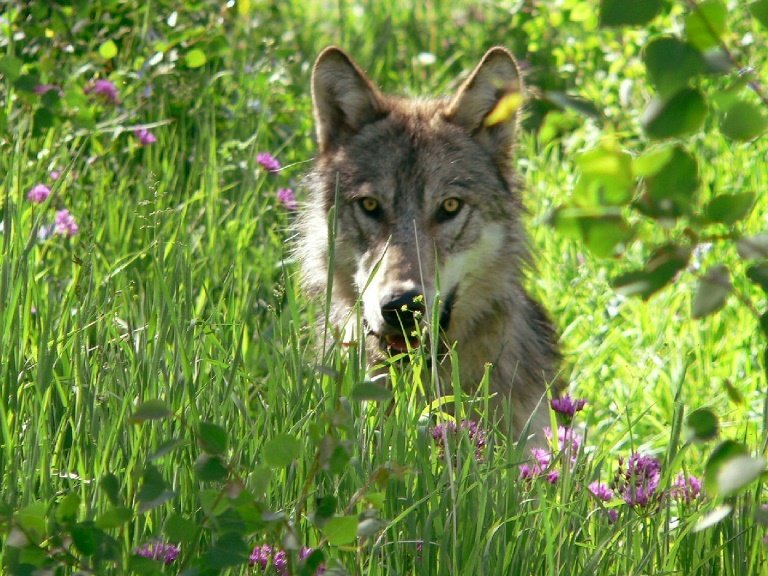 Wolves infected with a common parasite are far more likely to become the leader of their pack, according to a new study, suggesting that the brain-dwelling intruder emboldens its host to take more risks.

The single-celled parasite, Toxoplasma gondii, only sexually reproduces in cats but can infect all warm-blooded animals.

Between 30-50 percent of people worldwide are estimated to be infected with the parasite, which remains for life as dormant tissue cysts. However people with a healthy immune system rarely have any symptoms.

While some studies have reported an association between people having the parasite in their brain and increased risk-taking, other research has disputed these findings and no definitive link has been proven.

The new study, published in the journal Communications Biology on Thursday, took advantage of 26 years' worth of data on grey wolves living in the Yellowstone National Park in the United States to investigate how the parasite could affect their behaviour.

The researchers from the Yellowstone Wolf Project analysed the blood samples of nearly 230 wolves and 62 cougars -- the big cats are known spreaders of the parasite.

Infected wolves were also 11 times more likely to leave their pack than wolves without the parasite, the study said, indicating a higher rate of risk-taking.

And an infected wolf is up to 46 times more likely to become pack leader, the researchers estimated, adding that the role is normally won by more aggressive animals.

Study co-author Kira Cassidy told AFP that while "being bolder is not necessarily a bad thing," it can "lower survival for the most bold animals as they might make decisions that put them in danger more often."

"Wolves do not have the survival space to take too many more risks than they already do."

Cassidy said it was only the second study on T. gondii's effect on a wild animal, after research last year found increased boldness in infected hyena cubs made them more likely to get closer to -- and killed by -- lions in Kenya.

Laboratory research has also found that rodents with the parasite lose their instinctual fear of cats -- driving them into the hands of the only host where T. gondii can reproduce.

William Sullivan, a professor of pharmacology and toxicology at the Indiana University School of Medicine who has been studying T.gondii for more than 25 years, called the wolf paper "a rare gem".

However he warned that such an observational study could not show causation.

"A wolf that is a born risk-taker may simply be more likely to venture into cougar territory and contract Toxoplasma," he said.

But "if the findings are correct, they suggest we may be underestimating the impact Toxoplasma has on ecosystems around the world," he added.

"That's the million-dollar question," Sullivan said, adding that "no one knows for sure and the literature is mixed".

"There is a lot about human behaviour that is different from other animals," he told AFP.

People often get infected by T. gondii from eating undercooked meat -- or via their pet cat, particularly when cleaning out their litter boxes.

In some cases, especially in people with weakened immune systems, T. gondii can lead to toxoplasmosis, a disease that can cause brain and eye damage.