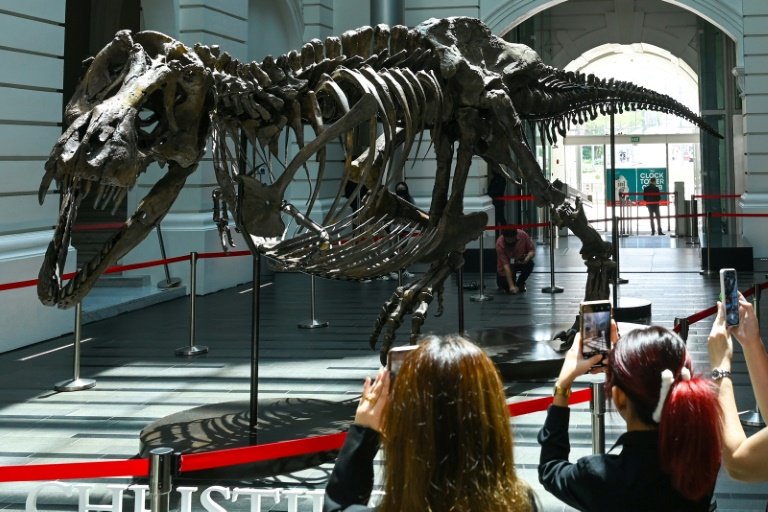 Christie's has called off the auction of a Tyrannosaurus rex skeleton, the auction house told AFP on Monday, days before it was due to go under the hammer in Hong Kong.

The cancellation came after an American fossil company raised doubts about parts of the skeleton named "Shen", The New York Times reported on Sunday.

Christie's said in a statement to AFP that Shen -- a 1,400-kilogramme (3,100-pound) skeleton -- was withdrawn from its autumn auctions week that starts in Hong Kong on Friday.

"The consignor has now decided to loan the specimen to a museum for public display," it said.

Excavated from the US state of Montana, Shen stands 4.6 metres (15 feet) tall and 12 metres long, and is thought to be an adult male that lived about 67 million years ago.

Its auction would have followed the sale of another T-rex skeleton named "Stan" by Christie's for $31.8 million in 2020.

It is very rare for complete dinosaur skeletons to be found, according to The Field Museum in Chicago, one of the largest natural history museums in the world.

Most frames on display use casts of bones to complete the skeleton. The Field Museum estimates the number of bones in a T-rex at 380.

Christie's original materials said about 80 of Shen's bones were original. 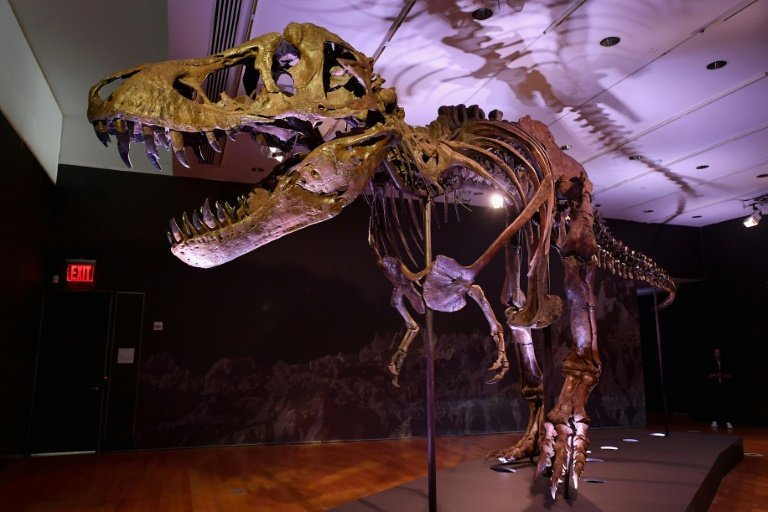 The controversy was sparked when Peter Larson, president of the Black Hills Institute of Geological Research in the United States, told The New York Times that parts of Shen looked similar to Stan.

The Black Hills Institute holds the intellectual property rights to Stan, even after its sale in 2020, and it sells replicas of that skeleton

Larson told the newspaper that it seemed to him that Shen's owner -- not identified by Christie's -- used bones from a Stan replica to complete the skeleton.

Its spokesman Edward Lewine told the newspaper that Christie's believes Shen "would benefit from further study".

Sales of such skeletons have raked in tens of millions of dollars in recent years, but experts have described the trade as harmful to science as the auctions could put them in private hands and out of the reach of researchers.