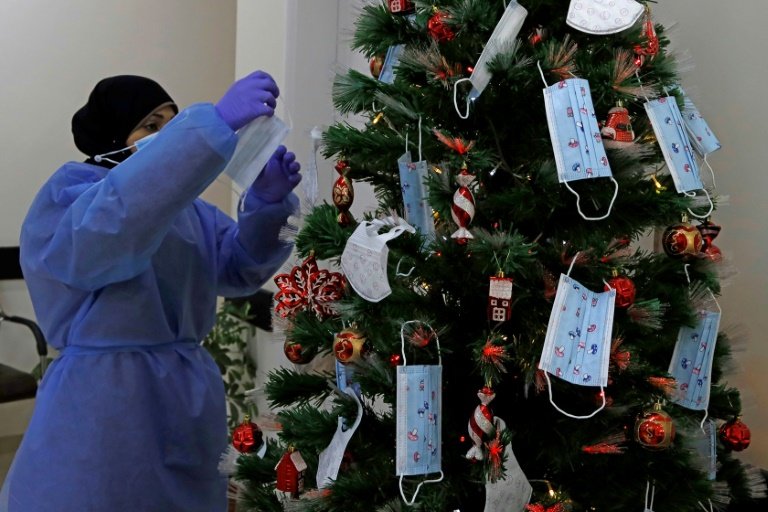 People who have had Covid more than once are two or three times more likely to have a range of serious health problems than those who have only had it once, the first major study on the subject said Thursday.

Multiple infections have surged as the pandemic rumbles on and the virus mutates into new strains, but the long-term health effects of reinfection have not been clear.

The US researchers said their new study published in the Nature Medicine journal was the first to look at how reinfection increases the risk of health problems from acute cases as well as long Covid.

The researchers analysed the anonymous medical records of 5.8 million people in the US Department of Veterans Affairs' national healthcare database.

Nearly 41,000 of that group had Covid more than once. Over 93 percent had a total of two infections, while six percent had three and nearly one percent had four.

The other 5.3 million never contracted Covid.

When the researchers compared the health outcomes of the different groups, they found that "people who got reinfected have an increased risk of all sorts of adverse health problems," Ziyad Al-Aly, an epidemiologist at Washington University in St Louis and the study's senior author, told AFP.

People with repeat infections were twice as likely to die prematurely and three times more likely to be hospitalised with illness than those who had not been reinfected, the study found.

Heart and lung problems were more than three times more common for people who had been reinfected.

And the risk of such problems could increase with each infection, it suggested.

Al-Aly warned that this means that continuous reinfections "would likely elevate the burden of disease in the population".

Ahead of a feared Covid spike during the holiday season, he called on people to wear masks to protect themselves.

He also urged authorities to do more to stop Covid circulating.

"The reason reinfection is happening is that our current vaccine strategy does not block transmission," he said.

"I think reinfections will continue to happen until we have vaccines that block transmission, offer more durable protection, and are variant proof."

The authors said the limitations of the study included that most of the veteran participants were older white males.

When the study was released as a preprint in June, US expert Eric Topol described the findings as "worrisome".

In a Substack post, Topol pointed out that reinfections became "much more common" after April, when the study's time frame ended, due to new, more transmissible Omicron variants.

In more positive news, earlier this week Al-Aly published a pre-print study, which has not been peer-reviewed, which found that people who took Pfizer's drug Paxlovid within five days of testing positive had a reduced risk of getting long Covid.