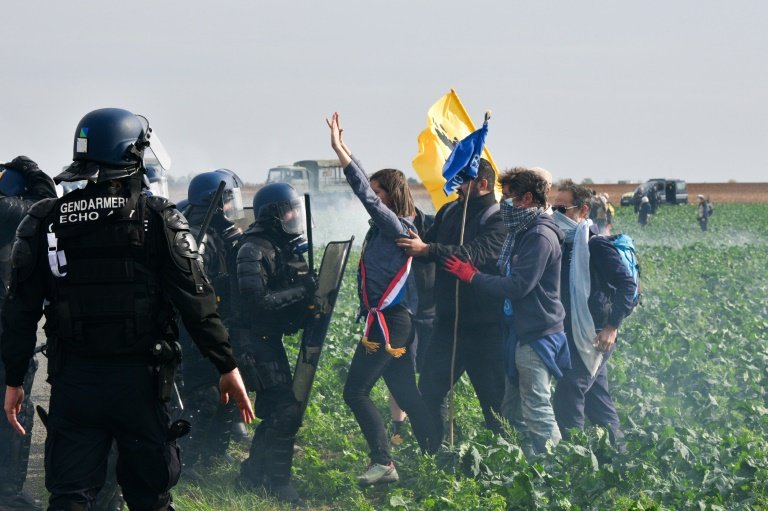 Around 1,500 police were deployed to the prefect of the Deux-Sevres department Emmanuelle Dubee / © AFP

Thousands of demonstrators defied an official ban to march on Saturday against the deployment of new water storage infrastructure for agricultural irrigation in western France, some clashing with police.

Clashes between paramilitary gendarmes and demonstrators erupted with Interior Minister Gerald Darmanin reporting that 61 officers had been hurt, 22 seriously.

"Bassines Non Merci", which organised the protest, said around 30 demonstrators had been injured. Of them, 10 had to seek medical treatment and three were hospitalised.

The pressure group brings together environmental associations, trade unions and anti-capitalist groups against what it claims is a "water grab" by the "agro-industry" in western France. 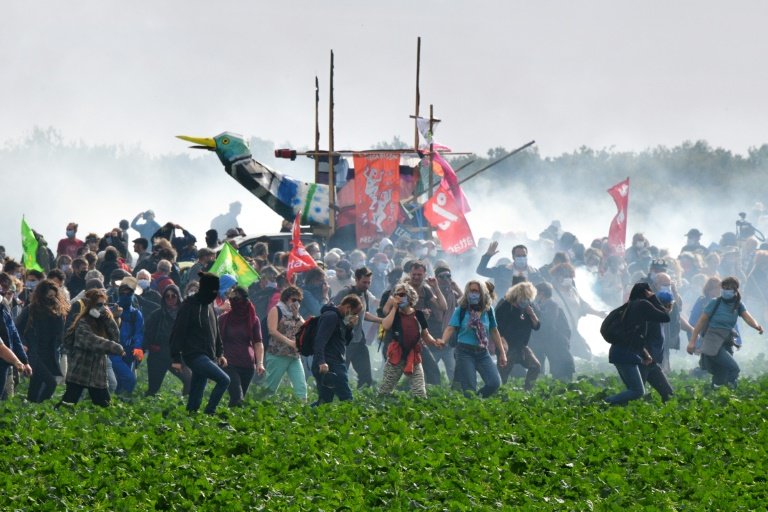 Local officials said 4,000 turned out to the banned protest, but organisers put the figure at 7,000 / © AFP

Local officials said six people were arrested during the protest and that 4,000 people had turned up for the banned demonstration. Organisers put the turnout at 7,000.

The deployment of giant water "basins" is underway in the village of Sainte-Soline, in the Deux-Sevres department, to irrigate crops, which opponents claim distorts access to water amid drought conditions.

Around 1,500 police were deployed, according to the prefect of the Deux-Sevres department Emmanuelle Dubee.

Dubee said on Friday she had wanted to limit possible "acts of violence", referring to the clashes between demonstrators and security forces that marred a previous rally in March.

The Sainte-Soline water reserve is the second of 16 such installations, part of a project developed by a group of 400 farmers organised in a water cooperative to significantly reduce mains water usage in summer. 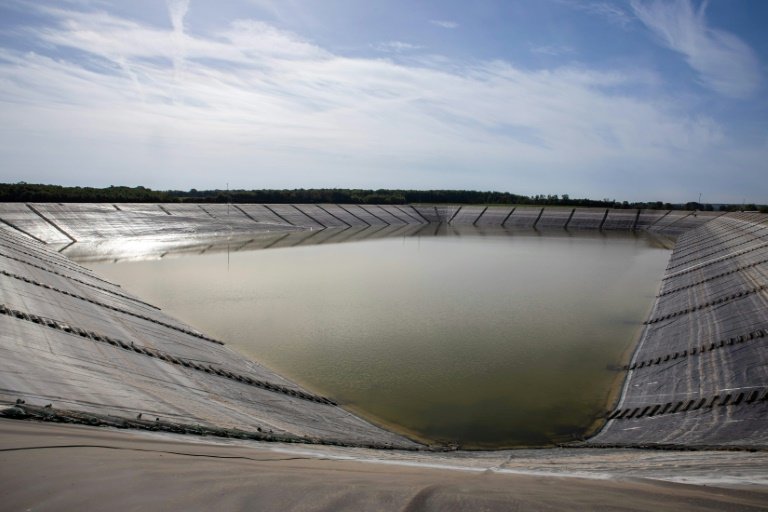 The open-air craters, covered with a plastic tarpaulin, are filled by pumping water from surface groundwater in winter and can store up to 650,000 square metres of water.

This water is used for irrigation in summer, when rainfall is scarcer.

Opponents claim the "megabasins" are wrongly reserved for large export-oriented grain farms and deprive the community of access to the essential resource.