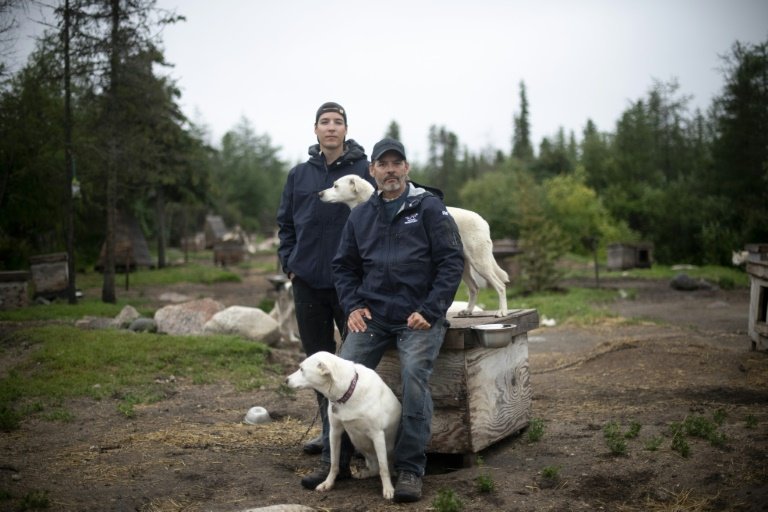 Sled dog breeder David Daley lives at the gateway to the Canadian Arctic, occupying a front-row seat to the march of global warming, and he senses calamity ahead.

"For all the devastation that we're doing to her, she's not going to sit still, our planet Mother Earth will punish us," Daley says.

Daley's hometown of Churchill is an isolated settlement at the edge of the Hudson Bay where global warming unfolds at triple the pace of much of the rest of the world, causing the Arctic ice to gradually disappear.

A member of the Metis people, one of three Indigenous groups in Canada, the 59-year-old grandfather lives close to nature, surrounded by his 46 dogs, at the point where the tundra ends and the boreal forest begins.

But every year, he fears that the snow will arrive late, and the impact that has on his sled dogs.

"They're just waiting for winter like the rest of us right now," Daley said. "This is like a culture that's dying."

In summer and winter, Daley travels through this region where rocky terrain, moss, tall grasses and black spruce forests prevail. At night, the displays of light known as the aurora borealis often flicker in the high-latitude skies. 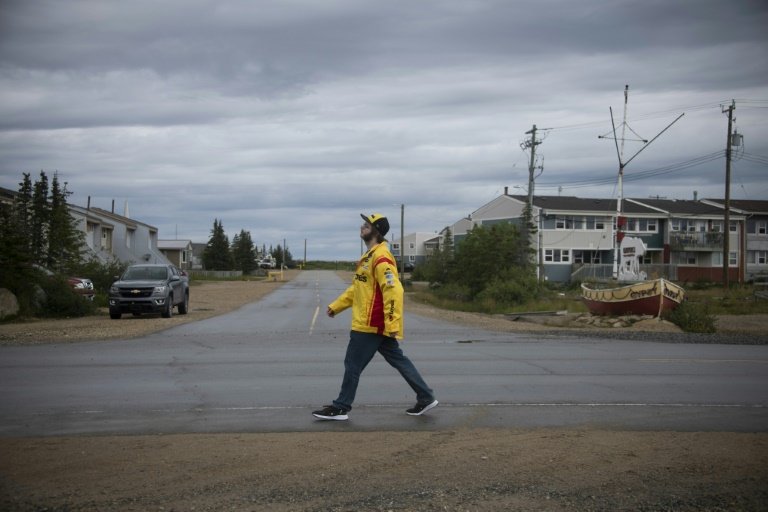 Daley has been hunting here all his life and has seen the wildlife change up close, some species vanishing and others arriving.

"There was hardly any moose here when I was a kid. Now there's moose everywhere," said Daley, who uses his Indigenous knowledge to earn money as a tourist guide.

"When I was a kid hunting, fishing and trapping here, there were no pine martens.

His observations echo scientific studies: Global warming is endangering Arctic species, especially by opening the doors to other animals from further south.

Both animals and vegetation are migrating north. For Daley, humans have "no choice," they must "adapt" as animals are forced to do.

Adaptation includes a newfound need for closer coexistence with the emblematic predator of the Arctic region: the polar bear.

During the Cold War, a joint Canadian-US military installation in Churchill stood guard against a possible Soviet attack coming over the North Pole. The installation is now deserted, and local concerns today concentrate more on polar bears. 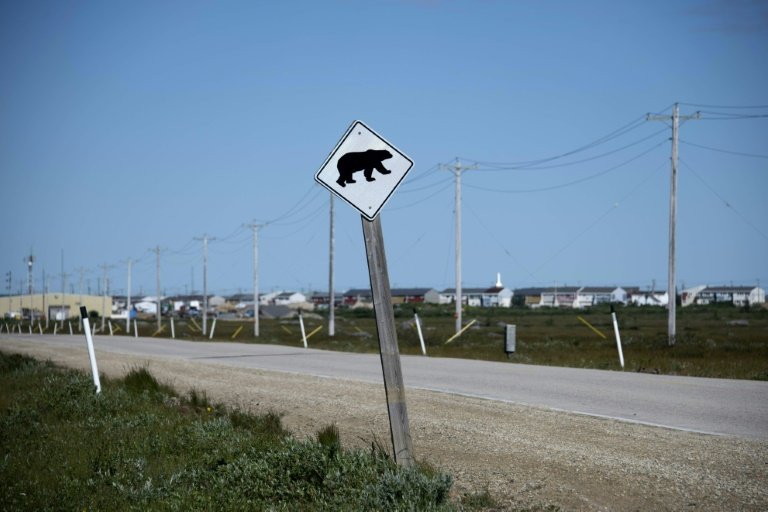 Ice no longer covers the Hudson Bay for as long each winter, forcing polar bears to spend more time on land and nearer to humans / © AFP

Due to global warming, ice no longer covers the Hudson Bay for as long each winter, forcing the polar bears to spend more time on land and nearer to humans. Often hungry and weak, the bears wander closer to settlements.

Venturing around the town requires precautions: a gun, bear repellent and the need to walk in groups after dark or in poor visibility.

Everyone in Churchill has a story about a run-in with a polar bear.

"I don't remember feeling unsafe during summertime. No, no. I used to play on the rocks," said Danielle Daley, the 33-year-old daughter of David Daley. "Today, it's different. I won't let my kids play on the rocks."

The slender young woman recounts her fright at seeing a bear run past her house in July, followed closely by the Manitoba Natural Resources bureau patrol vehicle with its sirens wailing.

It's even more complicated in the fall, when the bears are starving after months of failing to find food on land, without a seal in sight. 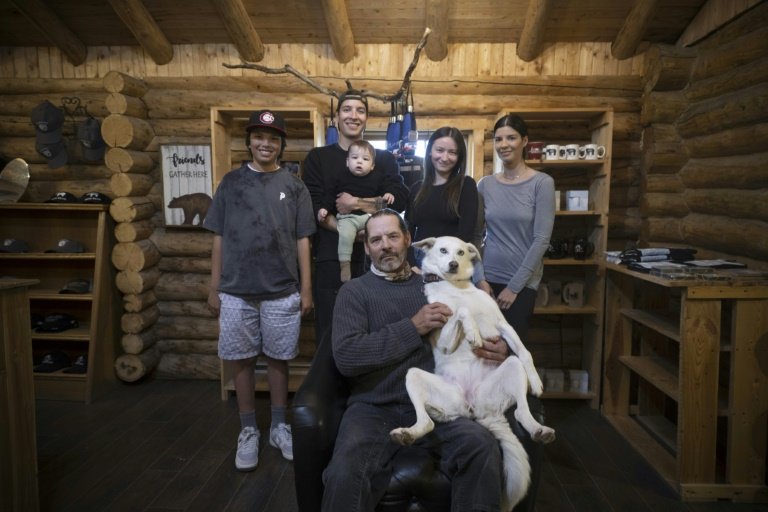 Churchill resident Danielle Daley (2nd-R), who is surrounded by her family, recently saw a polar bear run past her house in July, a time of year when residents have traditionally had fewer encounters / © AFP

"We're at the beginning of the busiest time of year for us when the bears will be coming through Churchill on their way north to the first ice on the Hudson Bay," said Ian Van Nest, a wildlife officer.

Clad in a bullet-proof vest, with a rifle slung over his shoulder and a walkie-talkie on his belt, the stern-faced Van Nest and his fellow officers go on patrol.

They even deploy helicopters to spot roaming bears and ensure they do not come near children collecting candy.

"Otherwise we could use cracker shells. It's a loud bang and a flash that'll haze the bear away as well," Van Nest said. 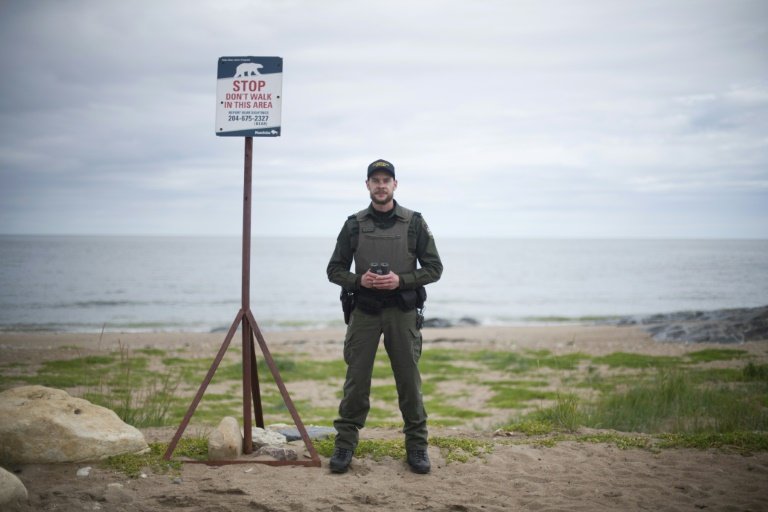 The town is also equipped with new radars that can detect polar bears within two kilometers (1.2 miles) of its most outlying homes, even at night or thick fog.

Around Churchill, the polar bear population has been in decline since the 1980s but still hovers around 800, about the same number as human inhabitants of the town.

Not everyone sees these climate-related changes in a bad light.

"You've got to look for the wins in all of this," said Churchill Mayor Michael Spence, a member of the Cree, the most populous Indigenous group of the First Nations in Canada.

An increase in tourism, along with development of the port, have gone hand in hand with rising temperatures.

"The opportunities are there for local people to have... economic growth," said Spence, who grew up locally. 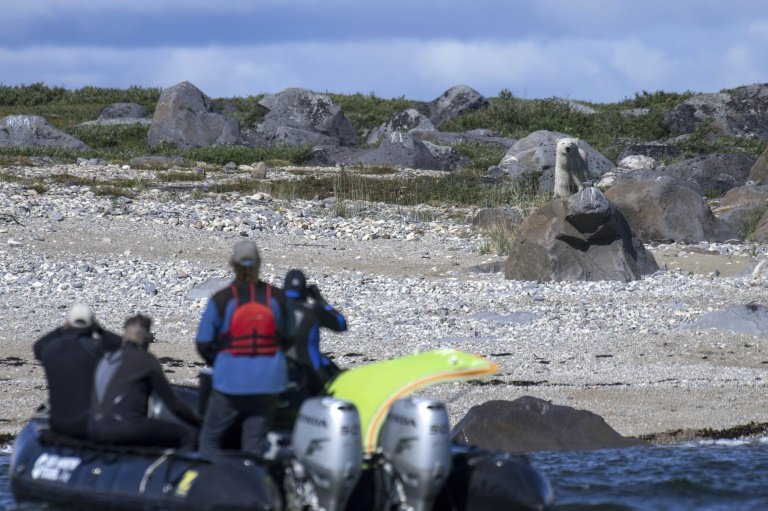 A few thousand tourists find their way each year to the area around Churchill, Manitoba, drawn by the increased presence of polar bears / © AFP

This remote corner of Manitoba province is inaccessible by car from the rest of Canada, yet a few thousand tourists find their way each year, by air or rail, drawn by the increased presence of the polar bears.

And the melting sea ice allows ships to access the city's port, the only deep-water port in the Canadian Arctic, for more months each year than before.

The mayor dreams of transitioning Churchill into a bustling port for grain grown in increasingly more northern areas, and eventually for minerals, more easily extracted in the far north due to thawing.

A large part of Canada's mining potential is found in the far north, including deposits of diamonds, gold, tungsten, uranium, and rare earth elements. 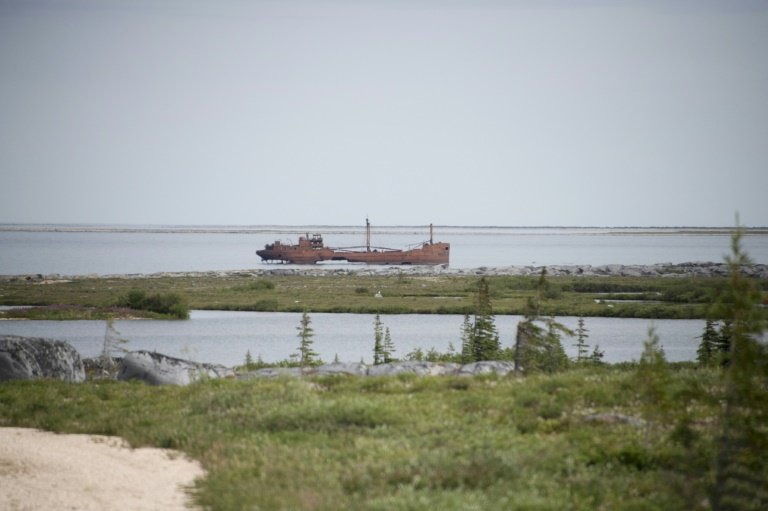 But the thawing of the soil can also hamper mining prospects. Railways that once delivered raw materials to port have become less stable, and even at times useless.

In 2017, a major melt led to flooding that damaged rail lines, and rail transport was cut off for more than 18 months. Since then, the port has been largely idle, handling only a few ships per year. At the back of the gigantic silos, old rail cars rust amid wild grass.

For some residents of Churchill, grinding poverty relegates concerns about global warming to the background.

Dilapidated homes, some hastily patched up, line the streets alongside prefabricated buildings on cinder blocks, seemingly unsuited for winter temperatures that can plunge below -40 degrees Celsius (-40 degrees Fahrenheit). 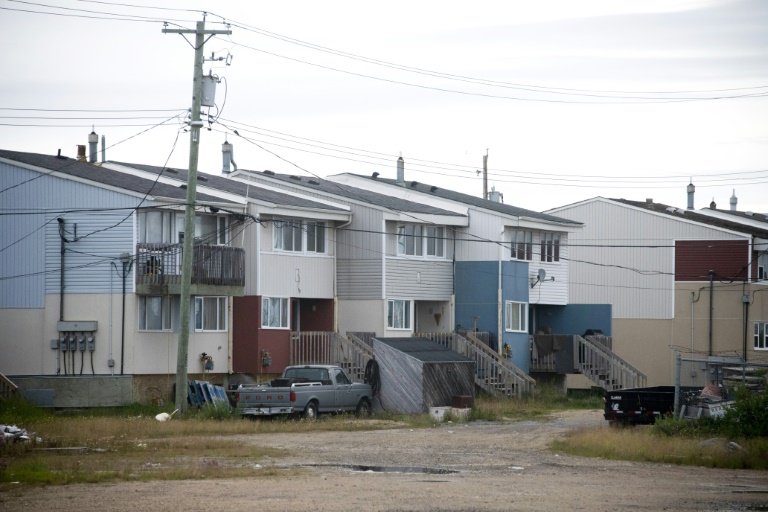 Around Churchill, the polar bear population hovers around 800, about the same number as human inhabitants of the town / © AFP

In the early period of European colonization, Churchill was an important outpost of the fur trade. Today, both poverty and the region's Indigenous roots are apparent.

Fully 60 percent of the population is Indigenous (Inuit, Metis and First Nation groups like Cree and Dene), while in Canada as a whole the number is only five percent and in Manitoba 18 percent. Unemployment, substandard housing and discrimination prevail.

About 64 percent of children here live below the poverty line. 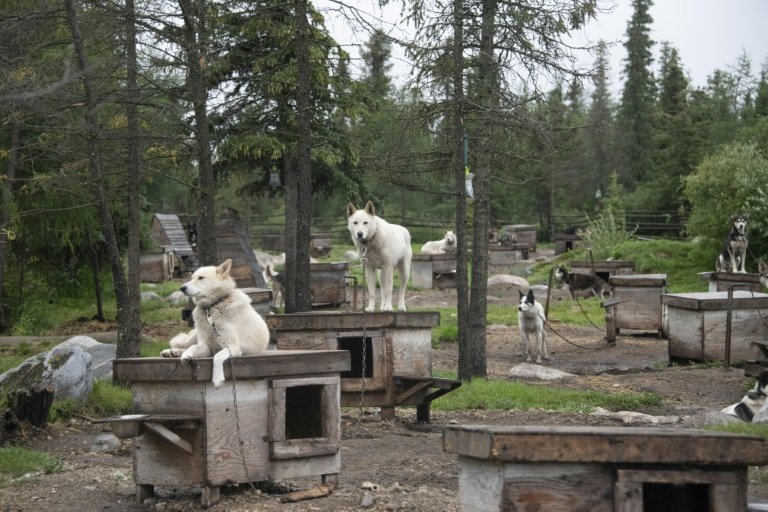 UN climate experts already said in their March report that these people's intimate knowledge must be taken into account in the fight against climate change.

At November's COP27 climate summit in Egypt, some activists will press for policies that take into account Indigenous ancestral practices, since their lands host 80 percent of the world's biodiversity.

David Daley dreams of an awakening.

"We must, as Indigenous people, lead the reconciliation with our mother, the Earth," he says.