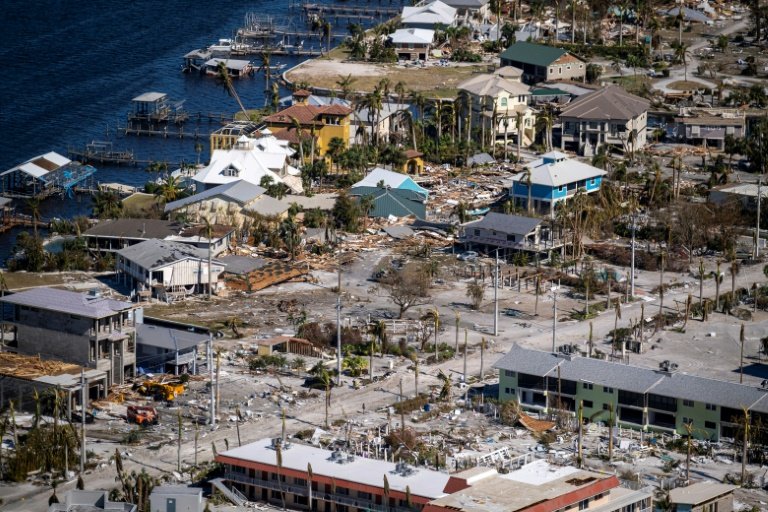 There's nothing in the world that would convince Cape Coral resident Kenneth Lowe to leave -- not even having to empty his home of flood water a week after Hurricane Ian pummeled the city.

"Southwest Florida is my heaven on earth and hurricanes come with South Florida. So you just have to take it," the 28-year-old tells AFP, standing in a street strewn with debris.

"It's my favorite place, it's worth it."

Experts warn the frequency of supercharged hurricanes and floods in this climate-prone region is only expected to increase over time -- but the population of the southeastern United States continues to rise.

The paradox is especially striking in Cape Coral.

Navigable canals criss-cross the region, connecting to the Caloosahatchee River, which gives way to the Gulf of Mexico. This affords many people the chance to enjoy a house on the water, and even space for a small boat.

But developing Cape Coral meant first draining the swamp it was built on -- and destroying the mangroves and coral reefs that acted as natural defenses against waves and storm surges.

The city was pulverized by Ian, which intensified especially rapidly, fueled by warm waters and high humidity.

A study in Nature Communications earlier this year found that due to climate change, Atlantic hurricanes dump around 10 percent more water during their rainiest three-hours.

In the streets of Cape Coral, dozens of residents are now piling up their belongings in front of their homes: beds, cupboards, refrigerators that have become unusable.

"We will just rebuild and, hopefully, it will be another 100 years before the next big one," said Tamara Lang, 56. 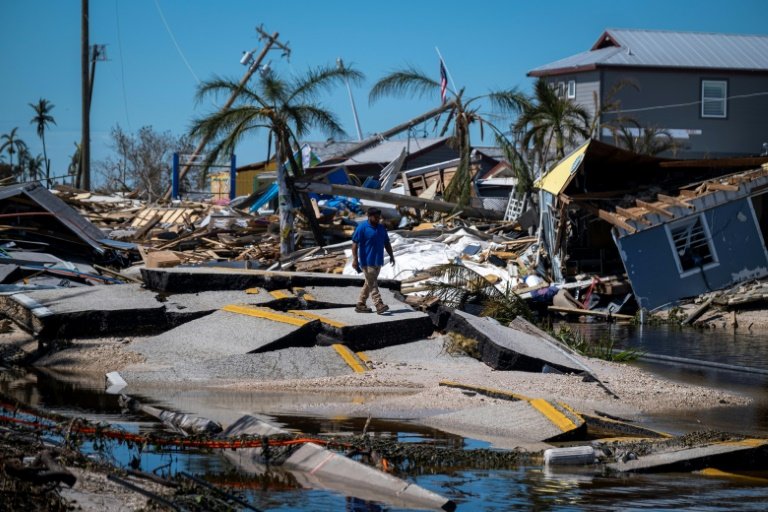 Lang moved from Chicago and bought her house in Cape Coral just a few months ago -- and says she didn't factor hurricanes into her decision. But she too has no intention of leaving.

"We love it here," she said. "This has been our happy place since we got it." 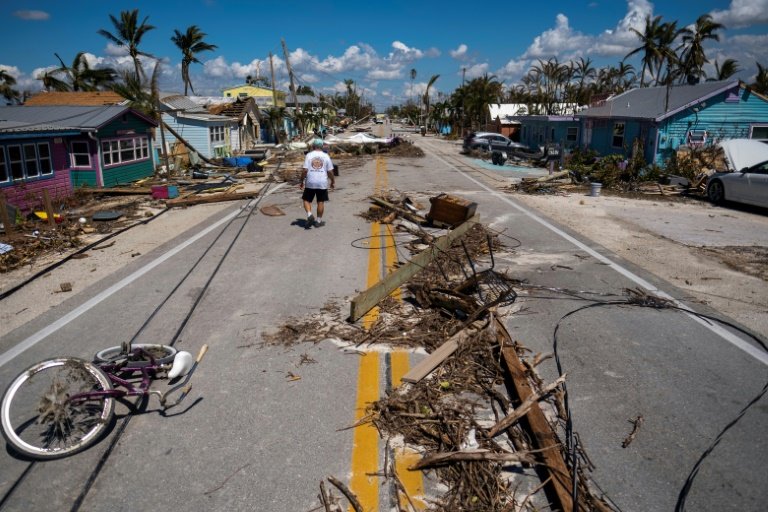 A man walks pass debris scattered on Pine Island Road in the aftermath of Hurricane Ian in Matlacha, Florida / © AFP/File

According to sociologist Mathew Hauer, who studies the impacts of climate change on society, people are not adequately informed about the risks they are taking on.

"If people really understood the flood risk of properties, we'd see changes in where people are purchasing homes and where they're choosing to live," said Hauer, an assistant professor at Florida State University.

Another problem: flood zone maps drawn up by the Federal Emergency Management Agency (FEMA) are out of date, says Gavin Smith, a professor of landscape architecture and environmental planning at North Carolina State University.

"It should be viewed as a minimum standard, but they're often used to regulate the where and how of development," he told AFP.

Census data reveals a population explosion in the coastal counties of North and South Carolina, as well as Georgia. Florida itself added 2.7 million residents between 2010 and 2020.

"It's one of the fastest growing regions in the US," said Hauer, adding: "I don't see any sign yet that the trend toward migration down into the Sunbelt is going to turn."

But according to a paper he published in Nature Climate Change, if sea levels rise around three feet (0.9 meters) between now and the end of the century, some 4.3 million people in the continental United States would be forced to move.

Coastal residents of Florida make up about half that figure.

Retirees from northern climes -- including seasonal migrants known as snowbirds -- have long been drawn to the "Sunshine State."

In addition to their beauty, the state's coastlines are a vital economic resource, supporting a massive tourism industry.

And once you're settled, it's not easy to relocate.

Sixty-seven percent of Americans would rather rebuild than leave an area impacted by a severe weather event, according to a 2021 Marist Poll.

"This is what we call the immobility paradox," said Hauer.

A psychological tendency against giving up surely factors into the decision-making -- but there are also social dimensions like leaving loved ones, and the harsh economic constraint of having to find a new job, he added.

Smith notes that discounting the true risks one faces is a "universal human trait."

"I don't think we are going to leave because we have nowhere to go," said Irene Giordano, 56, who moved south in 2019 from Virginia to Cape Coral.

During Ian, water rose a foot-and-a-half high in her house.

"I'm praying that this is the last one in my lifetime," she said.