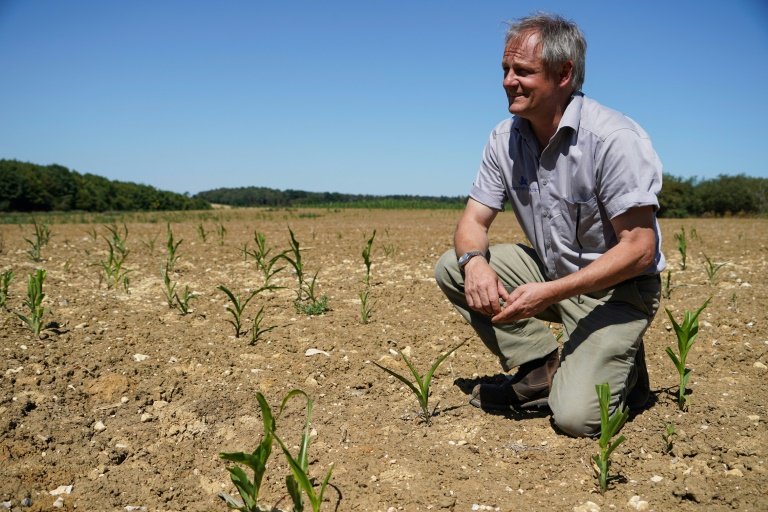 Pulling up some of the sugar beet that should be about handball-size by now, Andrew Blenkiron says the parched conditions have left the root veggies stunted and dried-up.

Record-breaking temperatures -- as well as skyrocketing energy prices -- mean the UK farm that he manages has had to make difficult decisions about which crops to save.

"This is about four to five centimetres (just under two inches) across," Blenkiron says, holding up some undersized sugar beet in a vast and dry field at the Euston Estate farm.

"By this time usually we would expect them to be at least 20 cm in diametre, the sugar beet," he adds, sounding worried. 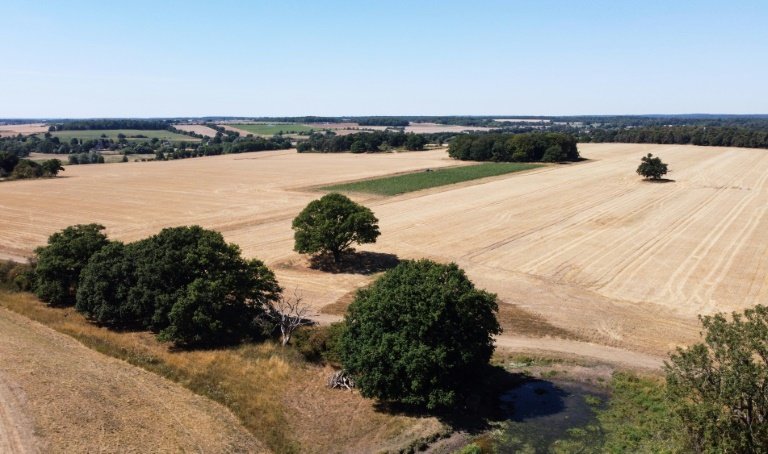 In July, rainfall in the region was just 10 percent of the average amount -- and over the last three months, only half / © AFP

The estate, 90 miles (130 kilometres) northeast of London, is now focused on watering its potatoes, which are in season.

But there is not enough water for its sugar beet crop, which has been left to fend for itself.

In this part of Suffolk in southeastern England, the soil is considered very fertile, as long as it receives enough nutrients and water.

But rainfall here in July was just 10 percent of the average amount -- and over the last three months, it was only half.

- Twice as much watering -

The electricity bill at the Euston Estate farm is set to more than quadruple this year, Blenkiron, the estate director, tells AFP.

While energy prices have tripled, the huge hike is also down to the large estate of 10,500 acres (4,250 hectares) having to pump more water to irrigate its root crops in the hot weather.

Due to the "incredible heat and the incredible dry winds", workers have to water the potato fields with "probably twice the frequency", Blenkiron says.

Months of exceptionally dry weather across England have taken their toll, with temperatures topping 30 degrees Celsius (86 Fahrenheit) in some regions. 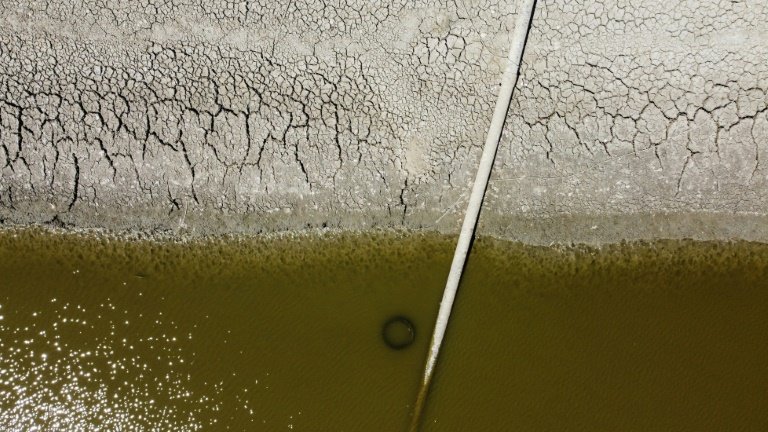 The sloping sides of one of the estate's reservoirs are exposed and dry, with water only at the bottom  / © AFP

The estate, which has been owned for 350 years by the Duke of Grafton, has two huge reservoirs, each of which normally contains 363 million litres.

But the sloping sides of one of them are currently exposed and dry, with water only at the bottom.

"We're estimating at this present point in time that we'll see a yield reduction of about 50 percent," Blenkiron says, of the sugar beet crop.

He's still holding out hope of rainfall before the sugar factory opens in late September, he adds.

"Sugar beet has the ability to recover quite significantly," he says.

It is already too late, though, for the forage maize which has died, creating a knock-on effect for the farm -- which also produces wheat, barley, chickens and pigs -- later in the year.

A lack of forage maize will lead to "some real challenges" in winter, the farm manager says.

Not only is it used to feed the animals but it also fuels the farm's anaerobic digester which produces methane gas that is piped into the national gas grid, the farm manager says. 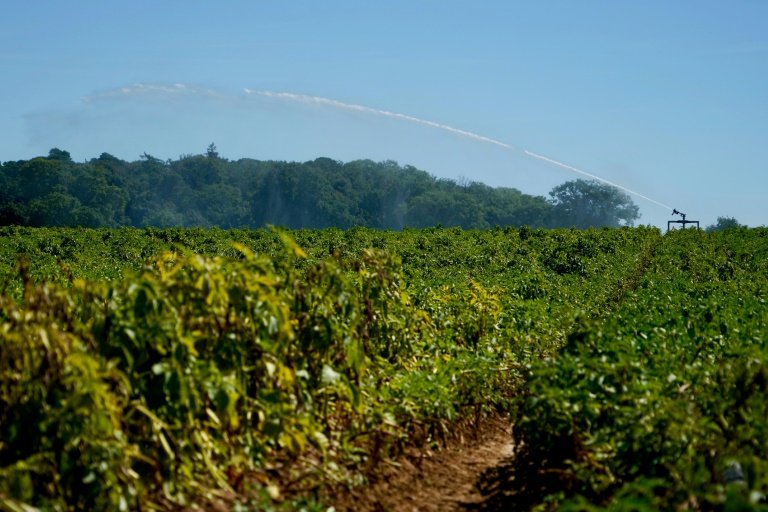 The estate is focused on watering its potatoes, which are in season, but there is not enough water for its sugar beet crop / © AFP

Soaring oil prices have also caused the price of fertilisers to triple and have doubled the running costs of tractors and combine harvesters.

Such price rises hit the estate hard, as sales of its 2022 harvest have already been fixed under contract.

With UK inflation set to peak this year at the highest level since 1980, Blenkiron says that if energy prices don't come down next season, "we're going to have to pass those costs on to our customers".

And more difficult choices loom, he warns, if there is not enough rain next winter.

"We'll have to make some very difficult decisions as to what quantity of crops we plant next year."