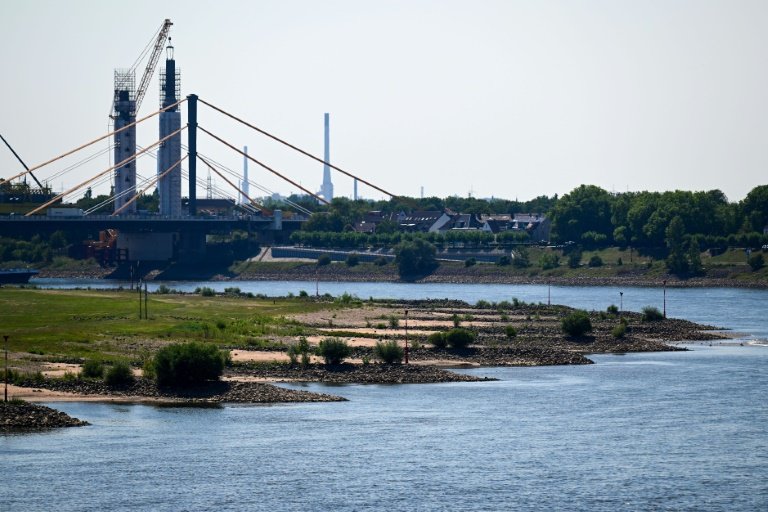 The prospect of severe, longer-term limits to traffic spells a new headache for the industries lined up on the banks of the Rhine / © AFP

A hot, dry July made worse by climate change has raised the risk that the German economy could run aground as sinking Rhine waters make shipping along the river harder.

The prospect of severe, longer-term limits to traffic spells a new headache for the industries lined up on the river's banks and threatens to further strain Germany's efforts to wean itself off Russian energy imports as coal counts among key cargo moved on the waterway.

Roberto Spranzi, boss of DTG, a shipping cooperative, says the volumes that his fleet can carry are already limited by the unusually low water levels.

"At the moment we have a capacity where, we have to use three or four vessels where we would normally need one," Spranzi tells AFP.

Pointing at the worrying ebb at the entrance to the inland port of Duisburg in western Germany, Spranzi notes that "currently it's at 1.70 metres (5.6 feet) In theory, the normal water level is over two metres".

Further up the river in Kaub, a noted bottleneck for shipping where the Rhine runs narrow and shallow, the reference level is forecast to go below 40 centimetres by the end of the week and squeeze traffic further. 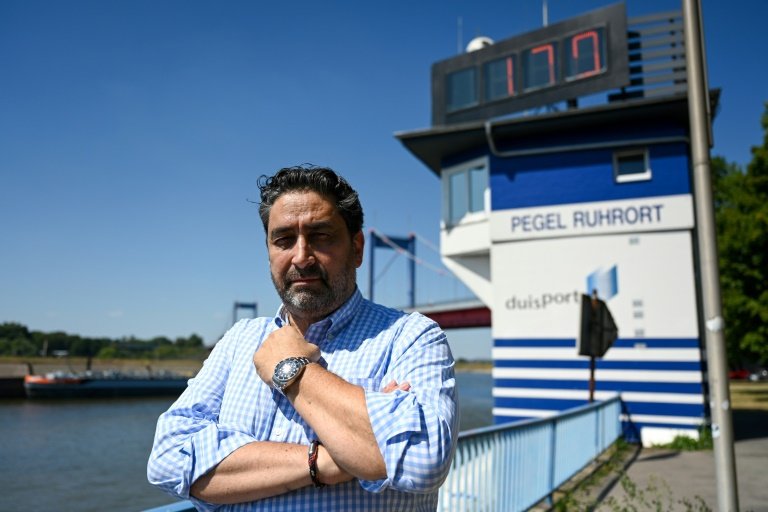 "We supply factories on the Rhine with their raw materials. When that's not possible any more -- or less often -- that's a threat to German industry, too," Spranzi says.

Around four percent of freight in Germany is carried via its waterways, including the Rhine, which winds its way from Switzerland, along the border with France, through Germany's industrial heartland and the Netherlands to the sea.

As Berlin turns to mothballed coal power capacity to plug the gap after Russia curtailed its energy deliveries, the Rhine has taken on added significance as a key artery for coal transport.

But the sinking water level has already led energy providers to warn they may have to limit output.

Uniper has said the low level of the Rhine may lead to the "irregular operation" of two of its coal plants into September.

EnBW, which runs sites in the southwestern region of Baden-Wurttermberg, has warned that deliveries of the fuel could be restricted.

The dwindling waters have seen "transport costs per tonne rise", EnBW said in a statement, adding that it had preemptively built stocks of coal earlier in the year.

Alternative routes were available -- either by road or rail -- but capacity was "tight", EnBW said.

The Rhine freight restrictions have added to the supply chain disruption seen by industry and increased the risk of scarcity. 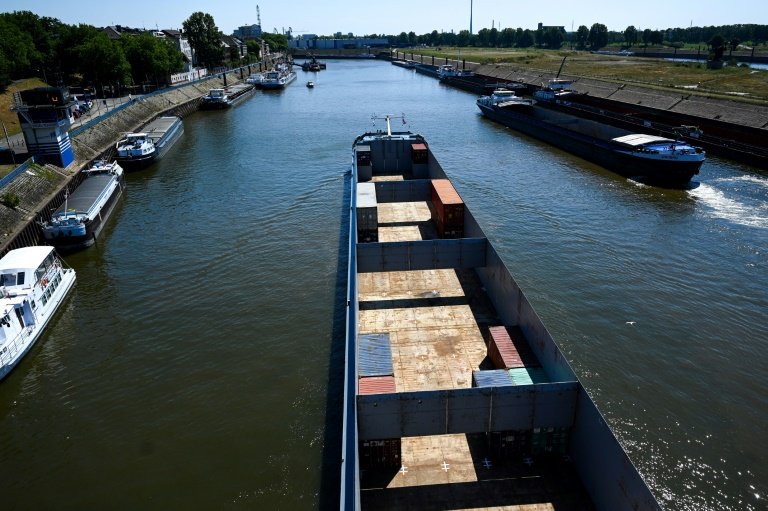 Across southern Germany, a shortage of fuel at the pump has been traced back to the dry weather, among other factors.

"Low water levels on the Rhine mean that in this area very important transportation of oil products, such as petrol, diesel or heating oil can't operate as normal," says Alexander von Gersdorff, spokesman for the German energy and fuel industry lobby.

A 2018 drought, which saw the Rhine's reference depth at Kaub fall as low as 25 centimetres in October, shaved 0.2 percent off German GDP that year, according to Deutsche Bank Research.

"If the problems we are now observing last longer (than in 2018), the loss of economic value becomes all the more serious."

Industrial heavyweights stationed along the Rhine rely on the waterway to ferry goods to and from their sites.

Duisburg-based conglomerate ThyssenKrupp said in a statement it had "taken measures" to assure its supplies of raw materials.

The chemical giant BASF, whose Ludwigshafen base sits south of the Kaub choke-point, said its production had not yet been limited by the low water levels, but warned that it could not rule out "reductions for specific units in the coming weeks".