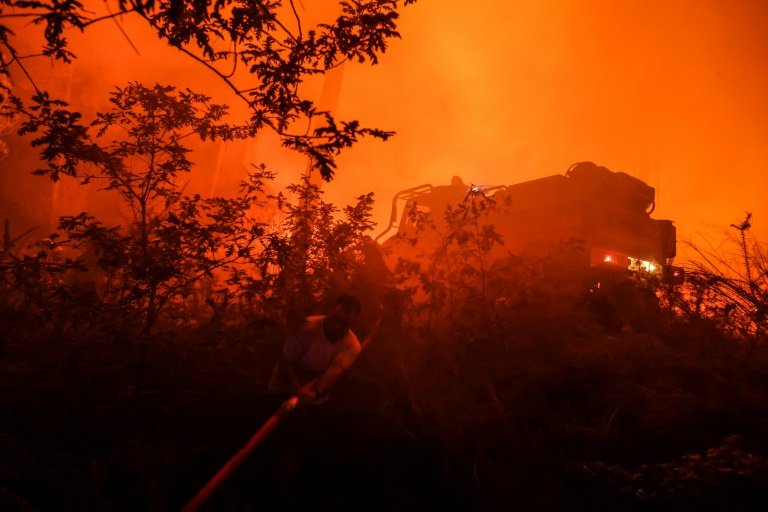 Officials warned Thursday that flare-ups could cause a massive wildfire to further spread in France's parched southwest, site of the most intense blazes that have blackened swaths of the country this week.

Prime Minister Elisabeth Borne was to meet with authorities battling the Landiras fire south of Bordeaux, and further reinforcements are expected for the 1,100 firefighters on site, the prefecture of the Gironde department said.

France has been buffeted this summer by the historic drought that has forced water-use restrictions nationwide, as well as a series of heatwaves that experts say are being driven by climate change. 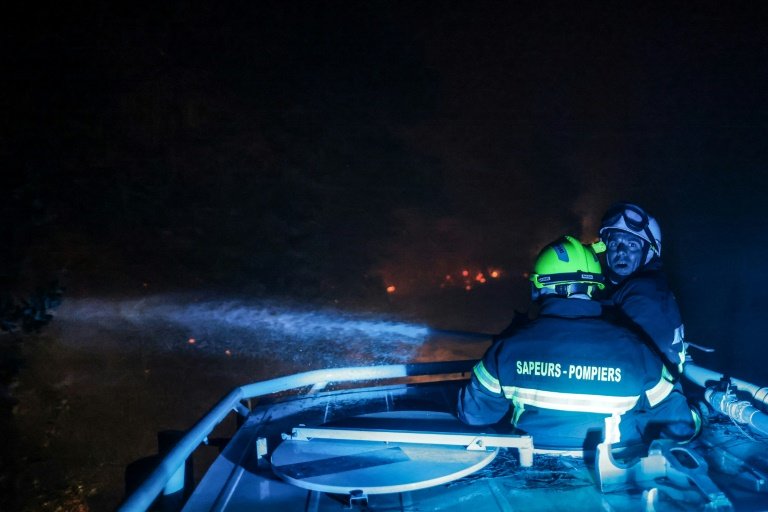 Firefighters battled all night against a wildfire near Belin-Beliet, southwestern France / © AFP

"Conditions are particularly difficult: the vegetation and soil are exceptionally dry," the prefecture said in a statement, warning that extreme dry heat is likely until at least Sunday.

"There is a very serious risk of new outbreaks."

Temperatures in the region could top 40 Celsius (104 Fahrenheit) on Thursday, weather forecasters predicted.

The Landiras blaze erupted in July -- the driest month seen in France since 1961 -- destroying 14,000 hectares and forcing thousands of people to evacuate before it was contained.

But it continued to smoulder in the tinder-dry pine forests and peat-rich soil, and officials suspect arson may have played a role in the latest flare-up, which has burned 6,800 hectares (17,000 acres) since Tuesday. 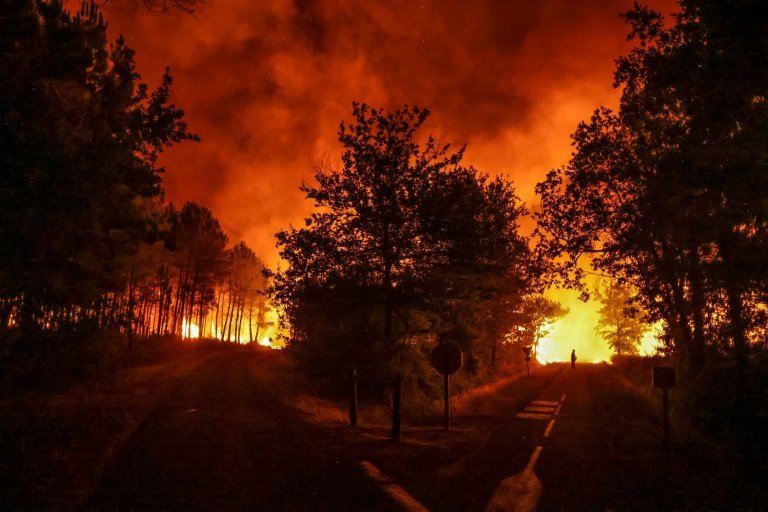 "Across the country over 10,000 firefighters and security forces are mobilised against the flames... These soldiers of fire are our heroes," he said.

"You'd think we're in California, it's gigantic... And they're used to forest fires here but we're being overwhelmed on all sides -- nobody could have expected this," Remy Lahay, a firefighter deployed near Hostens in the Landes de Gascogne natural park, told AFP. 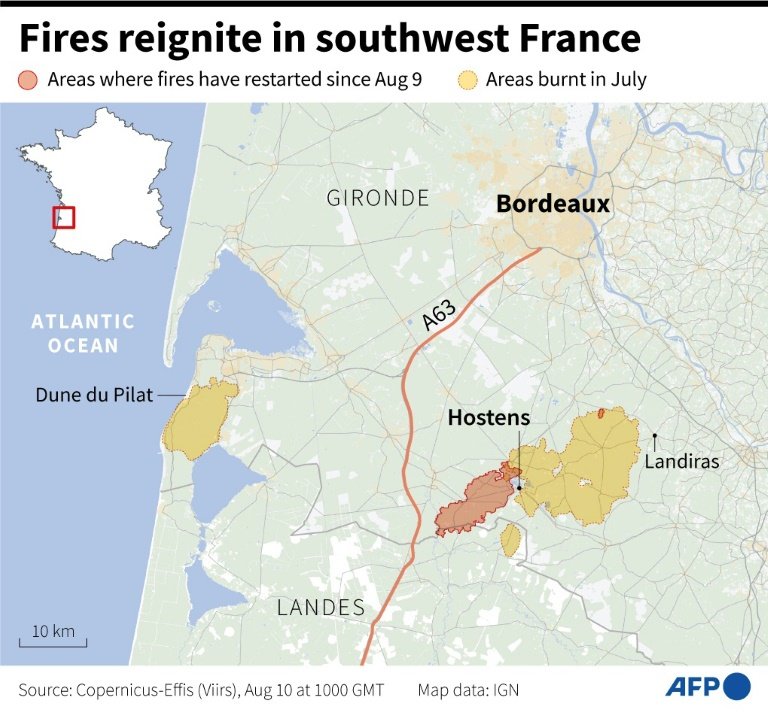 On several nearby houses, people hung out white sheets saying "Thank you for saving our homes" and other messages of support for the weary fire battalions.

"We battled all night to stop the fire from spreading, notably to defend the village of Belin-Beliet," Lieutenant Colonel Arnaud Mendousse of the Gironde fire and rescue service told journalists in Hostens.

Seventeen homes have been destroyed or damaged since Tuesday, and nearly 10,000 people evacuated, but no further orders to leave the area are expected "for the time being", Mendousse said.

Acrid smoke has spread across much of the southwestern Atlantic coast and its beaches that draw huge crowds of tourists each summer, with the regional ARS health agency "strongly" urging people to wear protective face masks.

The smoke also forced the closing of the A63 motorway, a major artery toward Spain, between Bordeaux and Bayonne.