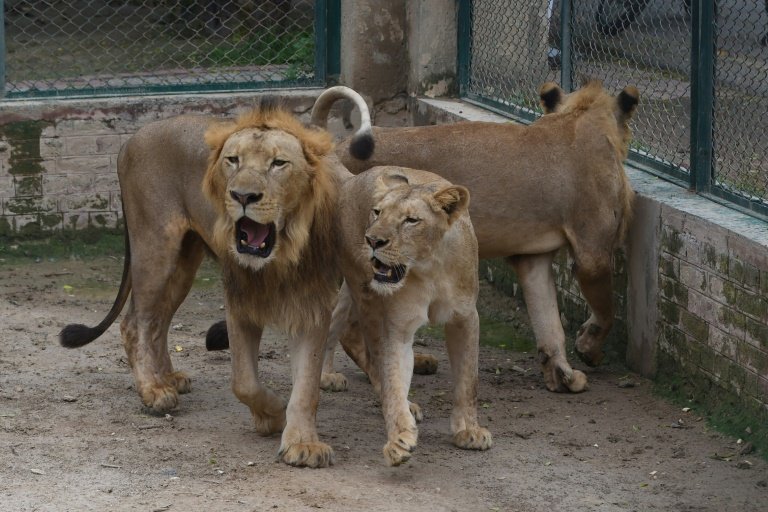 A Pakistan zoo has called off plans to auction 12 lions from its ever-growing pride to private buyers, saying it would instead create new enclosures for the big cats.

The auction planned for Thursday had drawn condemnation from the WWF, which urged authorities at Lahore Safari Zoo to instead rehome them with other government wildlife facilities.

"The main reason behind the auction was the lack of space," deputy director Tanvir Ahmed Janjua told AFP, adding officials had decided to speed up work building two new enclosures.

"Now that this issue is to be resolved soon, there is no need for the auction to take place."

Set over 200 acres, Lahore Safari Zoo is considered one of the best in the country -- where zoos are known for disregarding animal welfare.

Zoo officials had set a reserve of 150,000 Pakistan rupees ($700) per cat -- about the same price as a cow -- but hoped each would fetch around two million rupees at auction.

Keeping lions, tigers and other exotic wildlife as pets is not uncommon in Pakistan, and is seen as a status symbol.

Wealthy owners post images and video clips of their big cats on social media, and rent them out as props for movies and photoshoots.

Janjua denied opposition from animal rights activists had led to the decision to cancel the auction.

"Should the lions breed more, and we see we are running out of space once again, then we can easily hold another auction," he said.