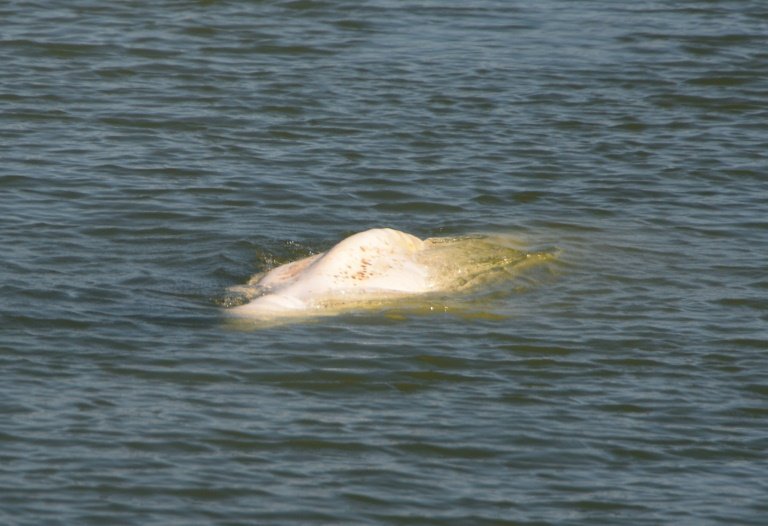 Experts are looking at a plan to transport a malnourished beluga whale that has swum up France's River Seine back to sea before its health deteriorates any further, officials said Monday.

"In the interests of this beluga it can be attempted," she said. "We are working hard on it." But she was unable to say when they might make the attempt.

Officials in the prefecture of the Eure told AFP that the whale could be transported on a barge, overland or even by helicopter.

But the challenges are considerable, given they would be transporting a creature that weighs some 800 kilograms (nearly 1,800 pounds) and is already sick and malnourished.

It would be a journey of 130 kilometres (80 miles) just to get to the north coast of France.

Members of environmental group Sea Shepherd monitoring the whale said Monday that it was no longer swimming up-river.

But it was still not eating, Sea Shepherd France president Lamya Essemlali told AFP in a text message. There was, however, "no worsening of its condition", she said.

The whale was first spotted in the river that runs through Paris to the Channel last Tuesday.

Since Friday, it has been between two locks some 70 kilometres north of the French capital.

The last-ditch bid to save the animal is partly because of fears that the river's warm water is harming its health.

Another alternative would be to open the locks in the hope that the beluga swims towards the Channel, authorities said.

But doing that runs the risk that it moves further upriver towards Paris, which would be even worse for it.

Several attempts to feed the whale have failed in the past days. 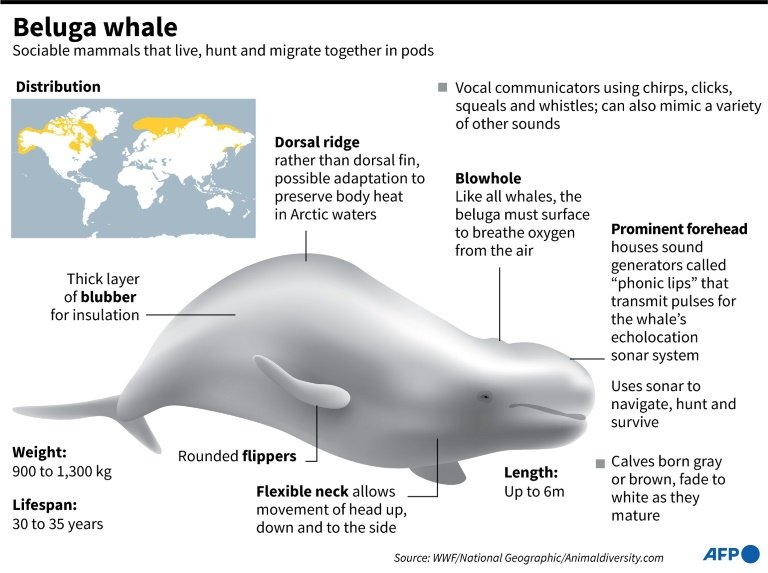 A three-person team from Marineland, Europe's biggest sea animal theme park located in the southern French resort of Antibes, was due on site later Monday.

"We've been following the operations at a distance from the start," said Isabelle Brasseur, in charge of education, research and conservation at Marineland.

"We are slowly making progress," she told AFP. "There's not an ideal solution, we must weigh the pros and the cons" of each option to rescue the whale.

One of the experts on the team is a specialist for sea mammals, she said, adding they were bringing a stretcher and other equipment to try and move the animal.

On Saturday, veterinarians administered "vitamins and products to stimulate its appetite", said a statement Sunday by the police in Normandy's Eure department, which is overseeing the rescue effort.

Belugas are normally found only in cold Arctic waters, and while they migrate south in the autumn to feed as ice forms, they rarely venture so far.

An adult can reach up to four metres (13 feet) in length.

According to France's Pelagis Observatory, specialised in sea mammals, the nearest beluga population is off the Svalbard archipelago, north of Norway, 3,000 kilometres from the Seine.