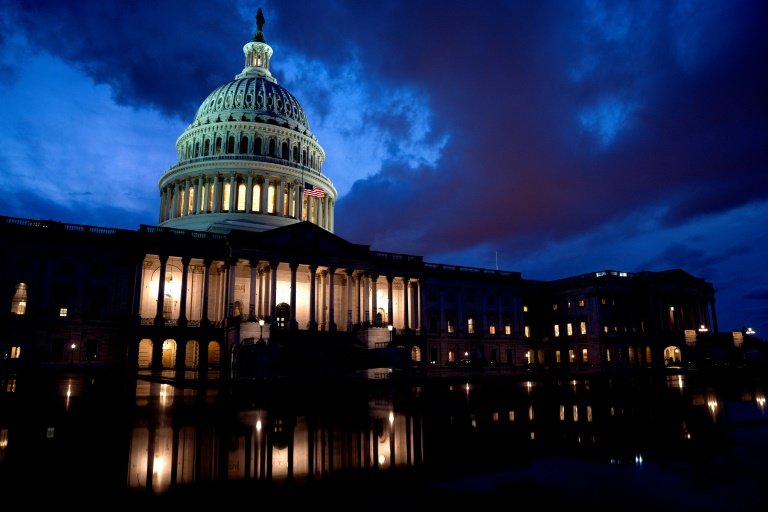 The US Capitol on August 6, 2022, as Democratic senators worked to pass a major climate and health bill sought by President Joe Biden / © AFP

After months of negotiations, the US Senate looks poised to pass Joe Biden's grand climate and health care plan, channeling billions toward ambitious clean energy goals in a hard-won victory for the president ahead of midterm elections.

"I think it's going to pass," the Democratic president, who recently recovered from a second bout of Covid-19, told journalists Sunday morning in a brief appearance on the White House lawn.

The $430 billion plan, crafted in arduous talks with members on the right wing of his Democratic Party, would include the biggest US investment ever on climate -- $370 billion aimed at effecting a 40 percent drop in greenhouse gas emissions by 2030.

That would give Biden a clear victory on one of his top agenda items and go some way toward restoring US leadership in meeting the global climate challenge.

Democrats hold a razor-thin majority in the Senate -- just enough to pass spending bills like this with no Republican support.

If the package is approved, likely within days, it will move on Friday to the House of Representatives, where the majority Democrats expect to pass it. It would then go to Biden's desk for his signature. 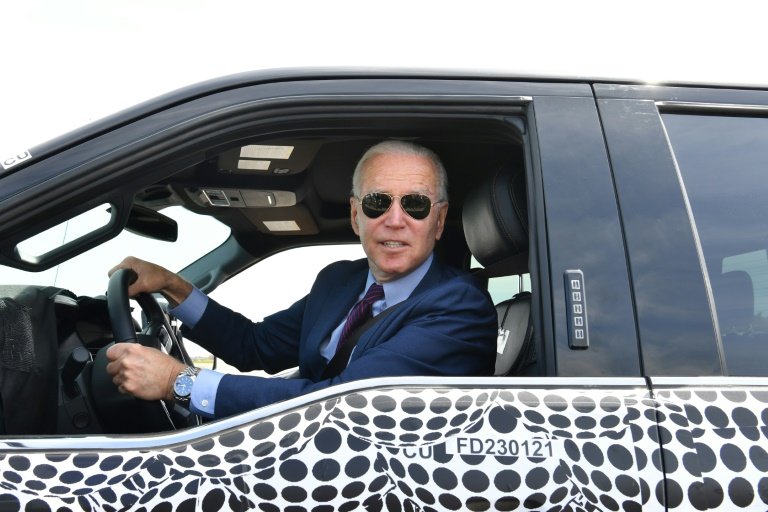 President Joe Biden took the wheel of an electric vehicle, the Ford F-150 pickup truck, at a factory in Dearborn, Michigan on May 18, 2021 / © AFP/File

The bill would provide ordinary Americans with a tax credit of up to $7,500 when purchasing an electric car, plus a 30 percent discount when they install solar panels on their roofs.

It would also provide millions to help protect and conserve forests -- which have been increasingly ravaged in recent years by wildfires during record heat waves that scientists say are linked to global warming.

Billions of dollars in tax credits would also go to some of the country's worst-polluting industries to help their transition to greener methods -- a measure bitterly opposed by some liberal Democrats who have, however, accepted this as a least-bad alternative after months of frustration.

Biden, who came to office with promises of sweeping -- and expensive -- reforms, has seen his hopes dashed, then revived, then dashed again.

Democrats' narrow edge in the Senate has given a virtual veto to moderates like Joe Manchin of West Virginia, who earlier had used that power to block Biden's much more expansive Build Back Better plan.

Flames from the Caldor Fire ravaged homes in California on August 30, 2021; new Democratic-backed legislation aims to combat the global warming linked to an increase in such extreme events / © AFP

But in late July, Senate Democratic leader Chuck Schumer managed to wangle a compromise with the West Virginian, whose state's economy depends heavily on coal mining.

And on Saturday, senators finally opened their debate on the text.

Late in the day, senators kicked off a marathon procedure known as a "vote-a-rama," in which members can propose dozens of amendments and demand a vote on each one.

That has allowed both Republicans, who view Biden's plan as too costly, and liberal Democrats, who say it does not reach far enough, to make their opposition clear.

Influential progressive senator Bernie Sanders used that platform through the evening to propose several amendments aimed at strengthening social planks in the legislation, which were considerably weakened during the months of negotiation. 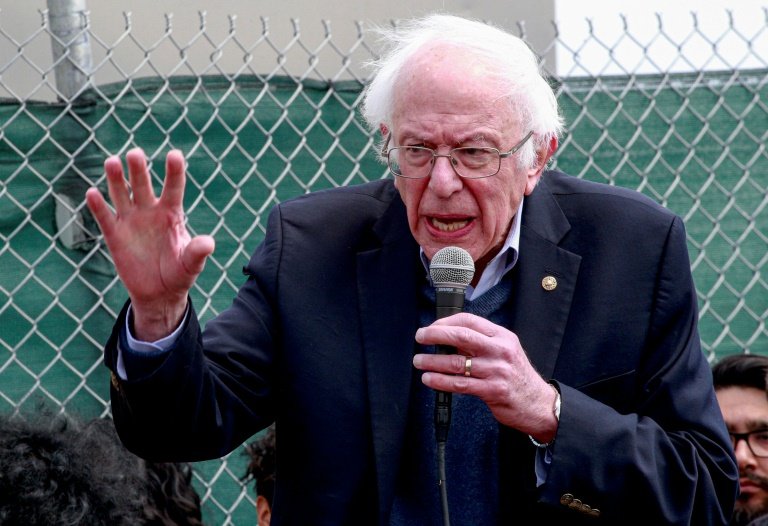 Senator Bernie Sanders, a progressive Democrat, is seen speaking in New York on April 24, 2022; he has pushed for more ambitious measures on both climate and health issues / © AFP/File

As it stands, the bill would provide $64 billion for health care initiatives and ensure a lowering of some drug costs -- which can be 10 times more expensive in the US than in some other rich countries.

But progressive Democrats long ago had to give up their ambitions for free preschool and community colleges and expanded healthcare for the elderly.

"Millions of seniors will continue to have rotten teeth and lack the dentures, hearing aids or eyeglasses that they deserve," Sanders said from the Senate floor.

"This bill, as currently written, does nothing to address it."

But fellow Democrats, eager to pass the legislation well ahead of November midterms when control of Congress is much at stake, have rejected any change in the text.

To help offset the plan's massive spending, it would reduce the US deficit through a new 15-percent minimum tax on companies with profits of $1 billion or more -- a move targeting some that now pay far less.