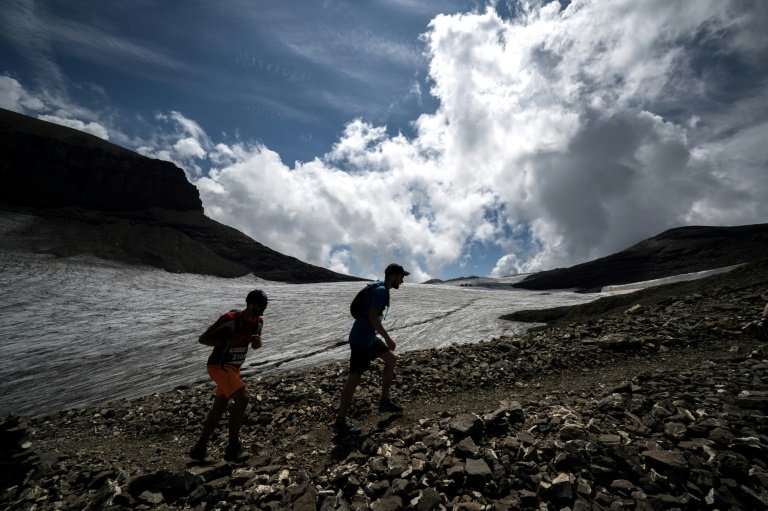 Lung-busting: Around 700 runners took part in the race / © AFP

Hundreds of runners braved a lung-busting ascent into the Alps in Switzerland's Glacier 3000 Run on Saturday, albeit on a shortened course due to summer heatwaves melting the ice.

The event's 14th edition was back without limitations after being cancelled in 2020 due to Covid-19 and run in 2021 with restrictions imposed due to the pandemic.

The race is normally run over 26.2 kilometres but was contested on a slightly modified 25.2km course this year due to the glacier melting, with the last pass over its surface shortened.

"The accelerated melting of the top layer of the glacier has created an camber and a soft layer which the runner sinks into," said race director Oliver Hermann.

"Rather than intervening to flatten the track, we preferred to deviate the course."

The finish line is 1,886 metres higher than the start, at nearly 3,000 metres up in the mountains by the Scex Rouge peak.

The route begins in the jet set ski resort town of Gstaad, at 1,050 metres above sea level.

It passes through forests, green mountain pastures before heading into rocky lunar-like landscapes and taking in the Tsanfleuron Glacier. 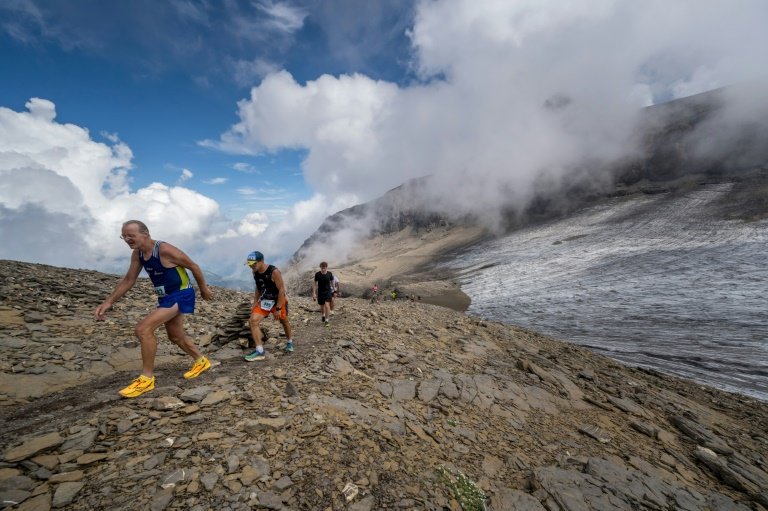 High hopes: Around 700 runners took part in the race / © AFP

The course follows the Saane river upstream for 15 km before climbing up 1,800 metres over the remaining 10 km to the finish line -- at an altitude of 2,936 metres.

The first man to finish was Kenyan competitor Geoffrey Ndungu in two hours and 17 minutes. He had finished in second place last year.

He was followed by compatriot Abraham Ebenyo Ekwam in 2:21 and then Switzerland's Jonathan Schmid in 2:23.

Victoria Kreuzer was the first woman to finish, in 2:46, ahead of Nicole Schindler and Pascale Rebsamen -- a Swiss clean sweep.