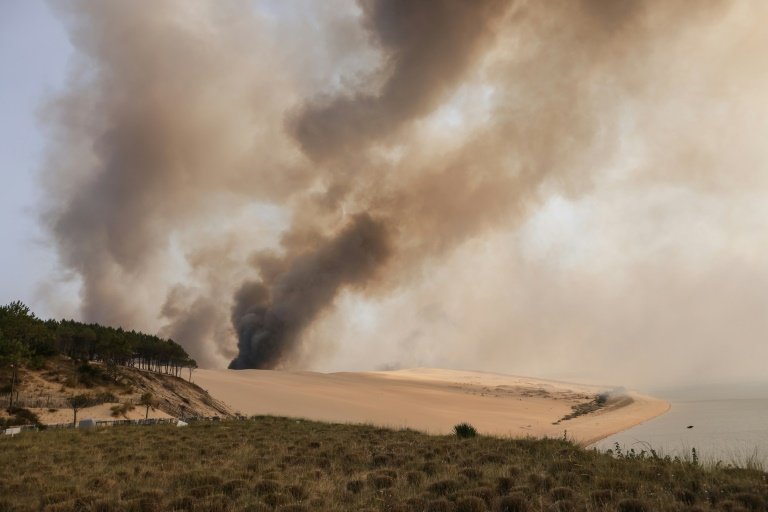 In a usual July on Europe's biggest sand dune, holidaymakers clamber to its peak to admire the panoramic views of the Atlantic Ocean beyond. This year, its heights are deserted, shrouded in smoke, with fire service planes buzzing overhead.

The Dune du Pilat is a famous attraction on France's west coast, with its sands rising abruptly out of thick pine forests that shade bustling camp sites and caravan parks in the summer months.

This year, the forests are ablaze, sending up thick clouds of smoke that blot out the sun as they drift over the ocean or towards the city of Bordeaux, 60 kilometres (36 miles) to the north east. 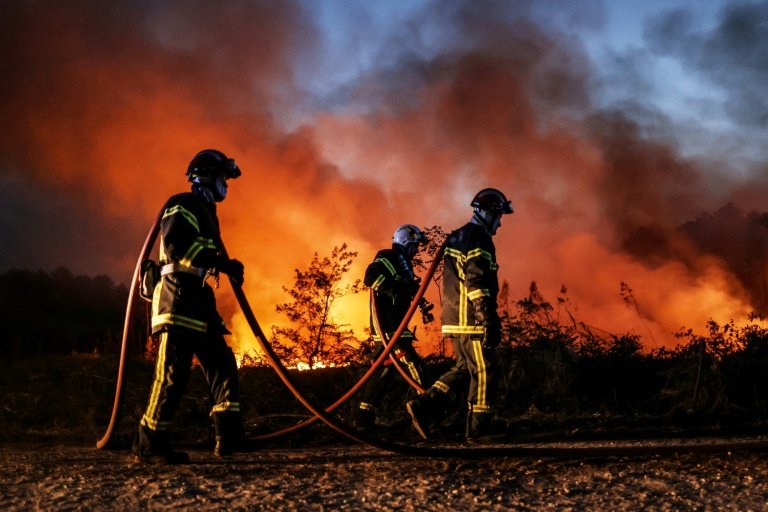 "For visitors used to coming to this part of the Gironde it's completely disorienting, and obviously we share this feeling as firefighters," he added.

Around 2,000 of them are battling around the clock to bring the twin infernos under control, backed by helicopters and Canadair fire planes which swoop down into the ocean to fill their tanks.

"We were faced with a wall of fire that was 40-50 metres high. It was a tinderbox," Jomain explained from a burned out area on Tuesday.

Around 20,000 people have been evacuated near the dune, including residents in the tourist town of La Teste-de-Buch, where the temperature hovered around 40 Celsius (104 degrees Fahrenheit) on Tuesday.

"The firemen rang the doorbell to tell us we had to evacuate right away and then the police arrived five minutes later and told us the same thing," a pensioner told AFP as he left with his partner and pets in a car.

At least five campsites have been destroyed by the flames, including one that featured in a hit recent series of French comedy films called "Camping".

"I had a message from a fireman saying 'we're sorry'," the director of the gutted "Camping de la Dune" site, Franck Couderc, told BFM television.

"They shouldn't be sorry. It's amazing what they did," he said. 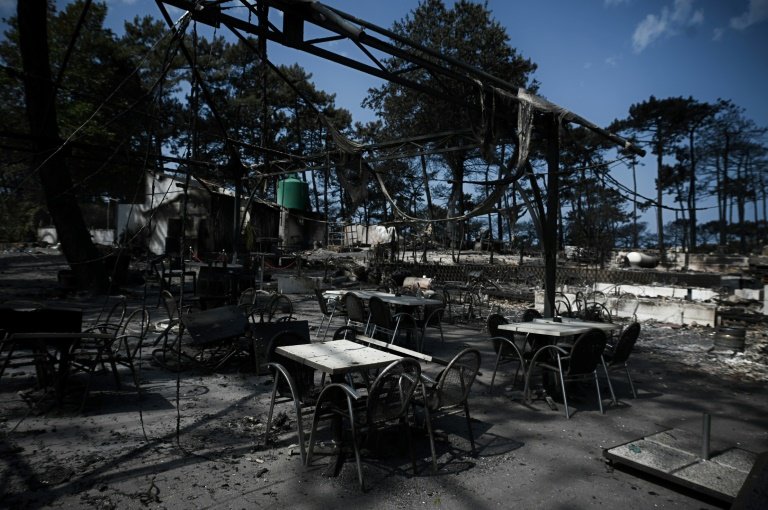 The local zoo has begun evacuating its animals, with 363 out of 850 already sent in a special convoy to a facility near Bordeaux.

Around a dozen creatures succumbed to the stress and heat, however, the national environment ministry said.

The whole area around the Dune du Pilat lives off tourists in the summer months, particularly British, German and Dutch visitors.

They are drawn to the nearby Bay of Arcachon and its famous oyster beds, surfing beaches to the south, or the upmarket Cap Ferret area with its five-star hotels.

"It's heartbreaking," said Patrick Davet, the mayor of La Teste-de-Buch.

The top government official for the Gironde region, Fabienne Buccio, warned that the fires were "not over" despite forecasts of violent storms overnight.

"Unfortunately, the weather forecast is still predicting hot temperatures, not really rain. We would need rain over several days," she explained.

The cause of the fire near the Dune du Pilat is thought to be a van that caught fire last week, while the second fire in Gironde near Landiras is being treated as suspected arson.

One man is in police custody.

Fires were also reported in the south of France, as well as the usually clement northwestern Brittany, which registered record temperatures of more than 40 C on Tuesday.