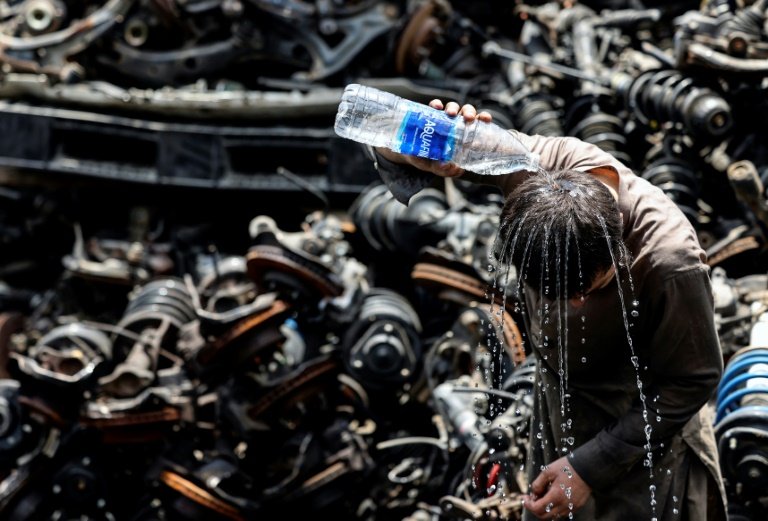 Like millions of other migrant labourers in the Gulf, one of the world's hottest and driest regions, construction worker B. Sajay does not welcome summer.

"We work in very high temperatures, this is the nature of our work. And yes, we suffer from severe heat," the Indian national told AFP in Muscat, the capital of Oman.

Although summer has only just begun, temperatures have already topped 50 degrees Celsius (122 Fahrenheit) in parts of the desert region, which is bearing the brunt of climate change.

Summer means suffering for anyone working outside, along with risks of dehydration, heat stroke and heart failure, and Gulf countries have banned working outside in the hottest hours of the day.

"The only thing that relieves us is the period of rest... in the middle of the day," said Sajay, who has been working on building sites for six years.

Last year, a World Health Organization report found the risk of death doubling or tripling on extremely hot days in Kuwait, with a disproportionate effect on non-Kuwaiti men, who make up the bulk of outdoor workers.

Workers from India, Pakistan, Nepal, Sri Lanka and Bangladesh are ubiquitous in the oil-rich Gulf countries, providing cheap labour and filling the jobs shunned by citizens in favour of high-paying government positions.

- Unbearable even in the shade - 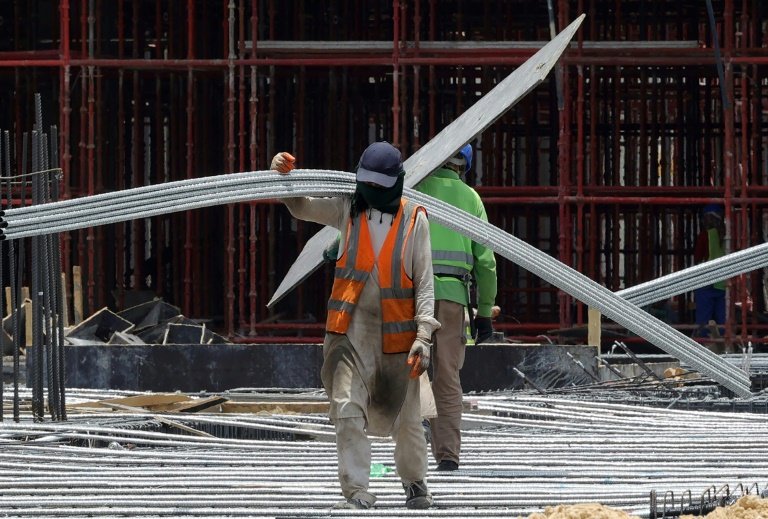 Between June and August, the Gulf Arab states ban working outside for about four hours starting from noon but even outside those hours the heat can make working conditions hard to bear / © AFP

Workers return to their dormitories or nestle in any shade they can find. But increasingly, it's unbearable even in the shade.

On the first day of summer on Tuesday, temperatures reached 50 degrees Celsius in many places, including Saudi Arabia and Kuwait which recorded in May the hottest temperature of the month worldwide, 53.2 degrees Celsius (128.8 Fahrenheit).

"The last 10 years have been the hottest seen in Kuwait," said Kuwaiti meteorologist Issa Ramadan, adding: "Summer in Kuwait now extends to September, and sometimes to parts of October."

In Muscat, workers paving a road with asphalt covered their heads with colourful scarves and hats, while others found shade under date palms in the middle of a two-way street. Passersby held umbrellas to protect themselves from the scorching sun.

"In order to complete the eight-hour shift as early as possible, sometimes I start working from six in the morning, stop during the rest period, and then do two more hours," said Muhammad Mukarram, a Bangladeshi construction worker. 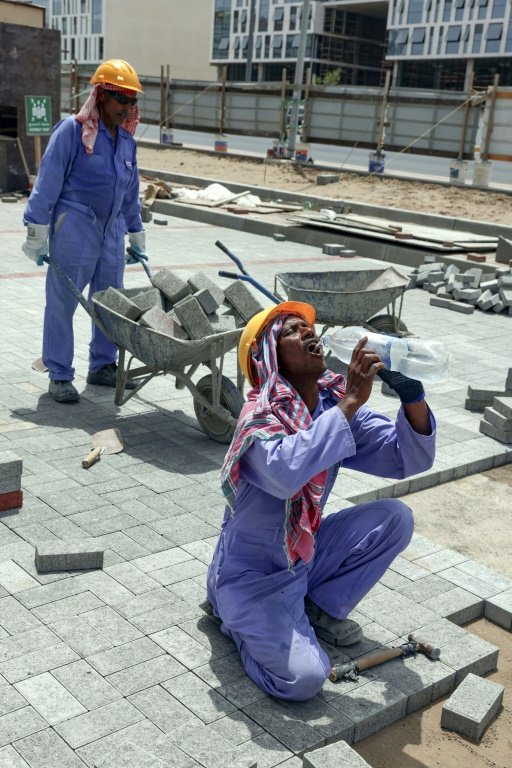 A recent study by rights organisations found as many as 10,000 migrant workers from south and southeast Asia die in the Gulf every year / © AFP

There are no reliable figures on the deaths of migrant workers in Gulf countries, which do not release statistics and have regularly contested estimates released by NGOs and the media.

A recent study by the Vital Signs Partnership, a group of human rights organisations mainly from Asian countries, said that "as many as 10,000 migrant workers from south and southeast Asia die in the Gulf every year".

The March 2022 report said that more than half of the cases were recorded as "natural causes" or "cardiac arrest".

In 2020, a study published in the journal Science Advances found that the Gulf has the hottest and most humid weather anywhere on Earth.

Scientists have calculated that even with shade and unlimited drinking water, a healthy adult will die if "wet-bulb" temperatures -- which take into account factors such as humidity, wind speed and cloud cover -- exceed 35 Celsius for six hours.

The study showed that there have only ever been 14 occasions on land when the measure exceeded 35C, all in the past two decades and eight of them in the Gulf. 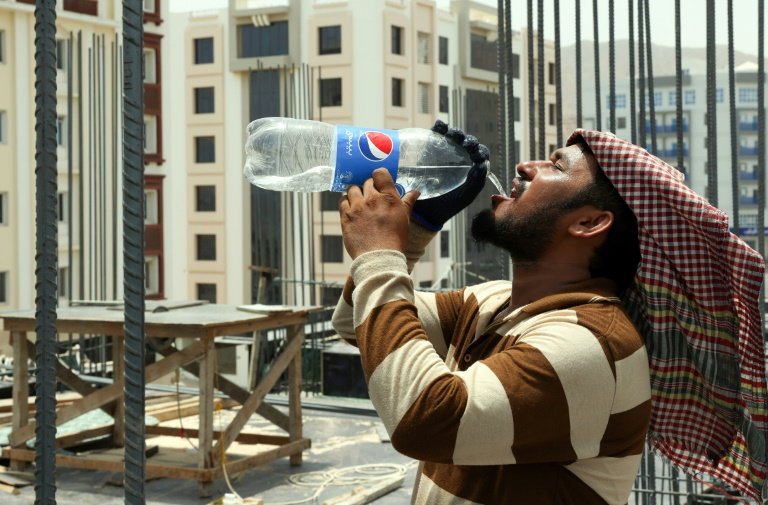 Multiple studies have found that climate change is making the Gulf region ever hotter, with implications for all outdoor human activities in summer / © AFP

Another study in the journal Nature Climate Change found that "within this century, parts of the... Gulf region could be hit with unprecedented events of deadly heat as a result of climate change".

"If we do not change course, these temperatures will keep rising over the years, reaching a level where outdoor human activities in the Gulf, such as the hajj pilgrimage, would be nearly impossible in summer," Julien Jreissati, programme director at Greenpeace MENA, told AFP.

Saudi Arabia is preparing to welcome one million pilgrims next month to perform the annual Muslim rituals.

"The only solution is to reduce our reliance on fossil fuels which are the main driver of climate change and transition gradually but quickly towards renewable energy," said Jreissati.

Saudi Arabia, the UAE and Bahrain have pledged to reach net zero domestic carbon emissions in the coming decades, while expanding oil production.