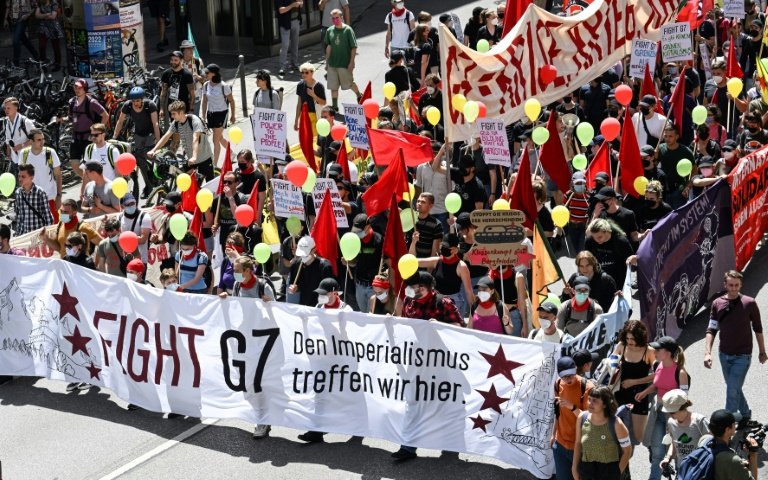 Thousands marched in the German city of Munich Saturday to urge leaders of the Group of Seven industrialised nations set to arrive in Germany for a summit to do more to fight climate change.

"We only have one planet," read one placard.

"Save the world, not your own asses," said another.

Organisers, who include around 15 non-governmental organisations, said some 6,000 people attended the demonstration in the Bavarian capital.

But the police said only around 4,000 people were taking part.

The heads of G7 nations -- the United States, Britain, Canada, France, Germany, Italy and Japan -- are to meet in a luxurious castle in Germany's Alps on Sunday.

Among the crowd at the protest, Illayda, a 21-year-old who did not give her second name, said they should be more concerned about climate change.

"G7 nations are responsible for a third of greenhouse gas emissions whereas they only represent a tenth of the world's population," said the young member of the World Wildlife Fund.

Police deployed heavy security in the centre of Munich, eager to avoid a repeat of the violent riots against the G20 summit in the German city of Hamburg in 2017.