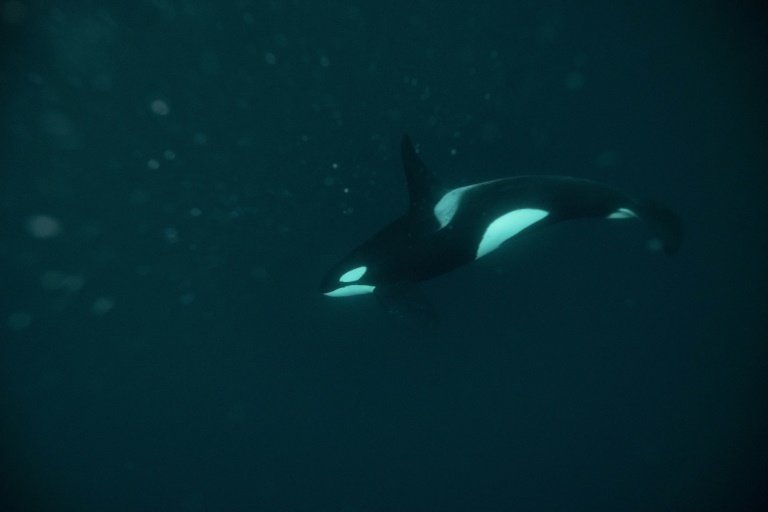 Killer whales belong to the dolphin family, despite their name / © AFP

A killer whale stranded for weeks in France's River Seine was found dead Monday after attempts to guide it back to sea failed and revealed it was severely sick, local authorities said.

Regional officials had already decided to euthanise the killer whale -- also known as an orca -- to end its suffering, but a sailor spotted the animal lying on its side Monday morning.

Sea Shepherd France, who went out to the animal and confirmed its death, said on Twitter they were watching over the orca's body to prevent it from being hit by a ship, which would compromise the autopsy.

The investigation will try to establish why the orca got stranded and how it died, as well as gather information on its illness, local authorities said.

A group of experts attempted to use sonar techniques to help guide the animal back into its natural salt-water habitat this weekend, after its appearance in the iconic French river that flows through Paris astonished onlookers.

But the operation seeking to save the animal encountered "a lack of alertness, inconsistent reactions to sound stimuli and erratic and disoriented behaviour," regional authorities said in a statement.

"The sound recordings also revealed vocal calls similar to cries of distress," it said, adding that the animal appeared to be in a "critical state of health".

"Her skin was so ulcerated... She must have been in agony. Pieces of skin were falling off, there was nothing that could be done," said Gerard Mauger, vice-president of GECC, a Cherbourg-based association for the conservation of marine animals in the Channel.

"Everything was ready to euthanise her" when she was found dead, Mauger added.

The animal appeared to be suffering from mucormycosis, a fungal infection increasingly seen among marine mammals and which causes them severe distress.

Killer whales, which, despite their name belong to the dolphin family, are occasionally spotted in the English Channel but such sightings are considered rare, and even rarer in a river.

Experts said that while being in a river helped the animal to conserve energy, it also complicated its search for prey, especially for a species known to hunt in packs.