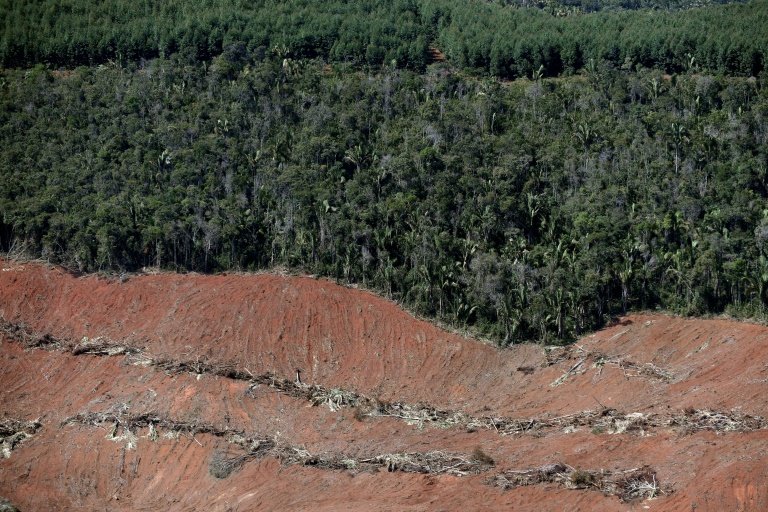 Deforestation surged 66 percent last year in Brazil's Atlantic Forest, according to a new report, compounding fears over the rampant destruction of the Amazon rainforest further north.

The "Mata Atlantica," which stretches down Brazil's eastern coast, lost 21,642 hectares (53,479 acres) of forest cover from November 2020 to October 2021, up two-thirds from the year before, according to the report, which was based on satellite monitoring data and published late Wednesday by an environmental group.

Cutting down that forest -- the size of more than 20,000 football fields -- released the equivalent of 10.3 million tonnes of carbon dioxide into the atmosphere, said the group, SOS Mata Atlantica.

"We weren't expecting such a huge increase. We thought the Atlantic Forest would be a bit more immune to the explosion of deforestation (in other parts of Brazil), as a region with more governance and policing," spokesman Luis Guedes Pinto told AFP.

"It shows the Atlantic Forest is also suffering from the dismantling of environmental policies and legislation."

Since the far-right president took office in 2019, average annual deforestation in the Brazilian Amazon has increased by 75 percent from the previous decade, according to official figures.

Like the Amazon, the less-known Atlantic Forest is a critical buffer against climate change, and a key ecosystem without which Brazil's supplies of food, water and hydroelectric power would be threatened, experts say.

Its destruction "is a disaster not just for Brazil, but for the world," Pinto said.

"Research shows the Atlantic Forest is one of the biomes that will have to be urgently restored if we are to reach the goal of holding global warming to 1.5 degrees C in line with the Paris climate accord."