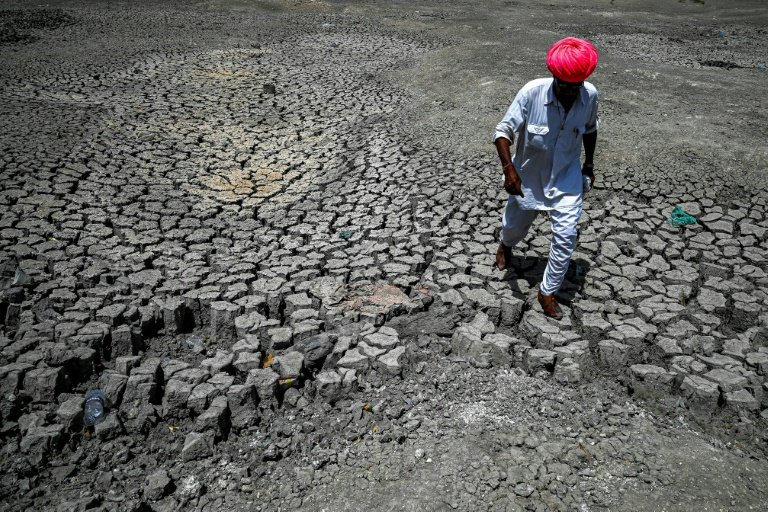 As the planet continues to heat up, the interval between killer heatwaves will continue to shrink / © AFP/File

The punishing heatwave that scorched India and Pakistan in March and April was made 30 times more likely by climate change, experts in quantifying the impact of global warming on extreme weather events said in a rapid-response report Monday.

Before the onset of human-caused climate change, the chances of such an event occurring would have been roughly once every 3,000 years, senior author Friederike Otto, a scientist at Imperial College London’s Grantham Institute, told AFP.

Global warming to date of 1.2 degrees Celsius has shortened the so-called return period for extreme heat of similar duration and intensity in South Asia to once-a-century, she and colleagues in the World Weather Attribution (WWA) consortium found.

But as the planet continues to heat up, the interval between such killer heatwaves will shrink even further.

If Earth's average surface temperature rises another four-fifths of a degree to 2C above preindustrial levels, "a heatwave like this one would be expected as often as once every five years", they concluded.

A 2C world is an unsettlingly plausible scenario: current national commitments to curb carbon pollution under the Paris Agreement would see global warming of 2.8C.

"Whether today's most impactful heatwaves could have occurred in a pre-industrial climate is fast becoming an obsolete question," said Otto.

"The next frontier for attribution science is to inform adaptation decision-making in the face of unprecedented future heat," she said by email.

"This means the most important aspect of our study is what it says about a 2C world."

The March-April period was the hottest on record for that time of year in Pakistan and India.

It will be months before the full toll of lives lost and economic damage can be calculated, including hospitalisations, lost wages, missed school days, and diminished working hours.

More than 90 deaths have been directly attributed to the heatwave, but earlier hot spells over the last decade suggest that number will climb far higher, perhaps into the thousands.

One impact was immediate.

The withering heat combined with 60 to 70 percent less rain than usual turned what promised to be a bumper wheat crop in India into an agricultural disaster.

The unprecedented duration of the heatwave, which saw power outages as temperatures soared into the high 40s, suggests climate vulnerable countries are racing against the clock to prepare for a climate-addled future, the report said. 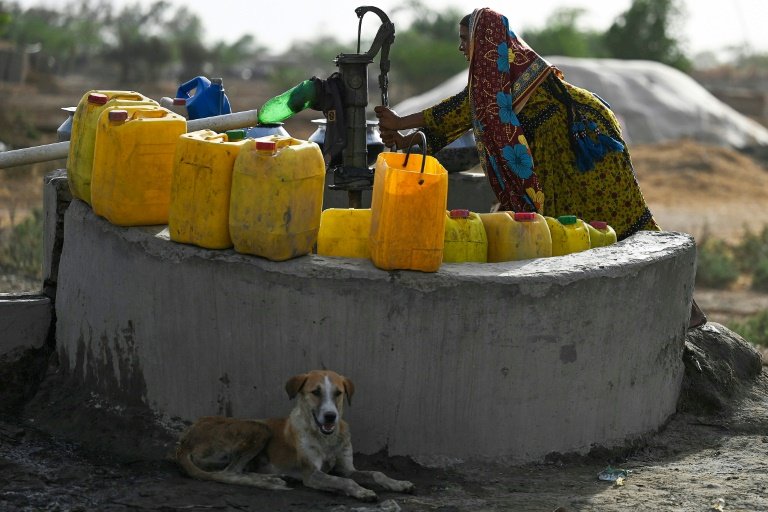 Already today, "the limits to adaptation are being breached for a large, poor population of the region," cautioned Islamabad-based climate scientist and co-author Fahad Saeed.

"One can imagine how bad it would be even for a 1.5C-warmer world," he said, referring to the aspirational Paris treaty target for capping the rise in global temperatures.

Any warming beyond 1.5C, he added, would pose an "existential threat" for vulnerable populations without access to air conditioning or other ways to keep cool.

The new report -- which calculated the average of daily maximum temperatures in March and April across a large swathe of northwestern India and southern Pakistan -- may underestimate the frequency of such heatwaves, today and in the future, the authors noted.

Scientists have long predicted such impacts, but only recently has more data, better models and increased computing power made it possible to calculate to what extent is a particular weather disaster is made worse by global warming.

The WWA determined, for example, that the heatwave that gripped western North America last June -- sending temperatures in Canada to a record 49.6C (121F) -- would have been "virtually impossible" without human-induced climate change.

"As long as greenhouse gas emissions continue, events like these will become an increasingly common disaster," said Otto.

Heatwaves, she noted, are today the deadliest of extreme weather events.