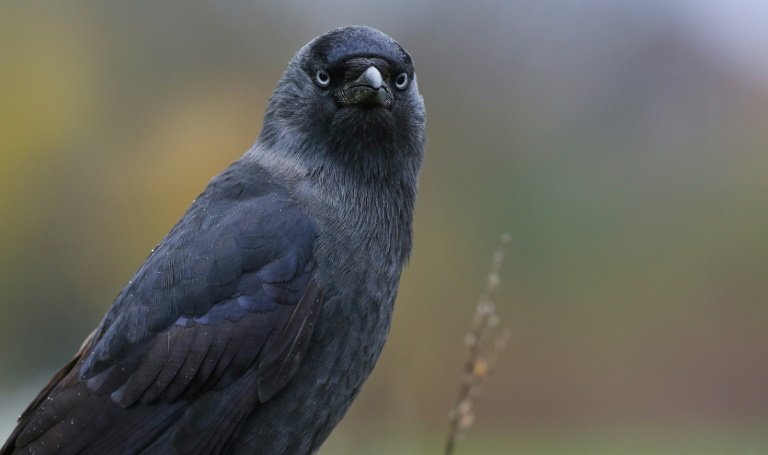 A crescendo of calls from hundreds of noisy jackdaws can often be heard right before they take to the sky all at once, right around sunrise on cold winter mornings.

Now, scientists who studied their daily activities in detail say these small black crows rely on "democratic" decision-making to coordinate their actions for the collective good.

The findings were published Monday in Current Biology.

"By establishing consensus to leave the roost early and in large flocks, birds may reduce predation risk, facilitate access to useful foraging information" and increase access to mates, wrote the authors.

Jackdaws -- which may get their name from their brief "Jack"-like squawk -- are found across Europe, North Africa and Asia, and form large groups known as "clatterings."

Prior research on consensus decision-making in animals had focused on small groups or members of a family.

Jackdaw roosts were interesting for size as well as diversity, comprising individuals of different ages, sexes, family groups and colonies spread across treetops.

It's likely individuals would have varying preferences about when to take off. But sticking together offers advantages, such as lowered risk of being hunted by birds of prey or small mammals.

To investigate, the team from the University of Exeter and other institutions recorded hours of audio and video of six different jackdaw roosts in Cornwall, Britain, with roost sizes varying from 160 to nearly 1,500 birds.

They found that the timing of departure was tightly linked to calling intensity with the group.

Occasionally, the birds left in dribs and drabs across 20 minutes, but most of the time they set out en masse, with hundreds of birds taking off within a span of four seconds.

On most mornings, the call intensity rose in the hour leading up to the biggest group departure -- but sometimes got delayed by rain or heavy cloud cover -- which led the team to conclude the vocalizations were a reliable source of information.

To confirm cause and effect, the researchers played recordings to the birds to see if they could get them to take off earlier than they would otherwise -- and succeeded in engineering departures that were on average 6.5 minutes earlier.

"Through their calls, jackdaws appear to effectively signal their willingness to leave, providing large groups with a means of achieving consensus to perform cohesive, collective departures from the roost," the team concluded.

On the few times the birds left in a steady stream, rather than in a big group, the calls did not crescendo to a high, indicating the birds had failed to reach consensus.

In future, the team wants to study how human activity -- such as noise pollution -- may hinder bird dynamics and their ability to communicate.