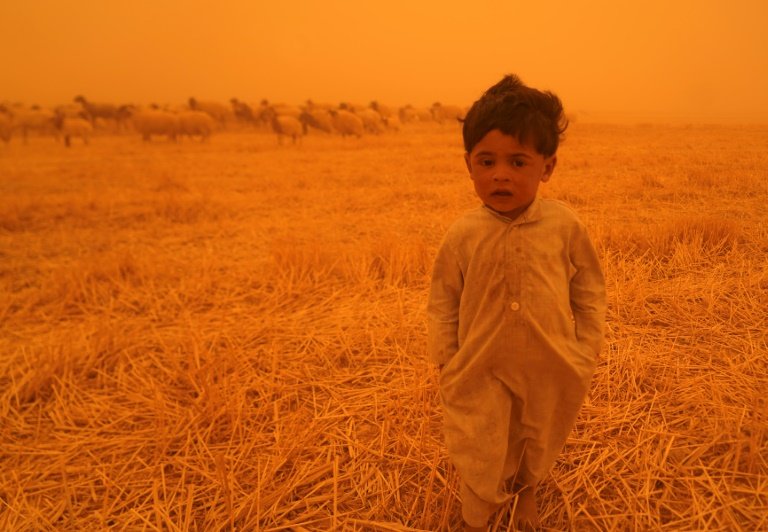 A Bedouin child walks alongside a flock of sheep in the al-Henniyah area outside Najaf, during a sandstorm sweeping Iraq / © AFP

Iraq closed public buildings and temporarily shut airports Monday as another sandstorm -- the ninth since mid-April -- hit the country.

Flights were also grounded in neighbouring Kuwait for a second time this month, as the region grapples with the increasingly frequent weather phenomenon.

Later the same day, the second heavy sandstorm in less than a week descended on Saudi Arabia's capital Riyadh, obscuring iconic buildings like the Kingdom Centre in a grey haze.

South of the capital, near the Shiite shrine city of Najaf, shepherds found themselves shrouded in sheets of ochre-coloured dust. 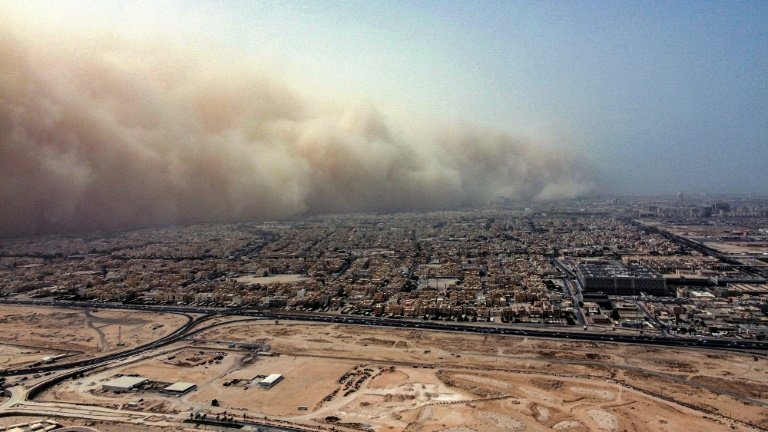 Iraqi Prime Minister Mustafa al-Kadhemi ordered all work to cease in state-run institutions, except for health and security services, citing "poor climatic conditions and the arrival of violent sandstorms".

Air traffic was suspended at the international airports in Baghdad, Arbil and Najaf, before flights resumed in the capital and Arbil.

Later on Monday evening, Arbil's airport closed again "due to thick dust", according to the state news agency INA.

Iraq is ranked as one of the world's five most vulnerable nations to climate change and desertification. 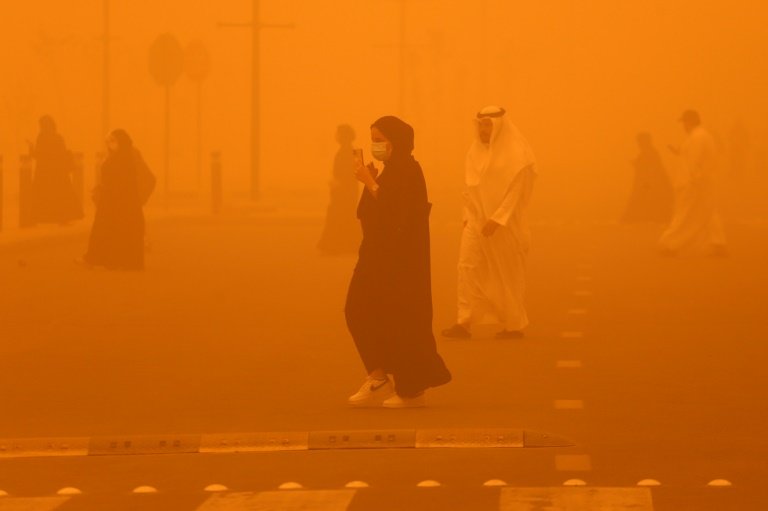 The environment ministry has warned that over the next two decades Iraq could endure an average of 272 days of sandstorms per year, rising to above 300 by 2050.

"These dust storms usually come in the summer, but not at the same rate as recently," said Seif al-Hamza, a doctor at a Baghdad hospital, adding that cases of respiratory problems "have increased significantly compared to previous seasons". 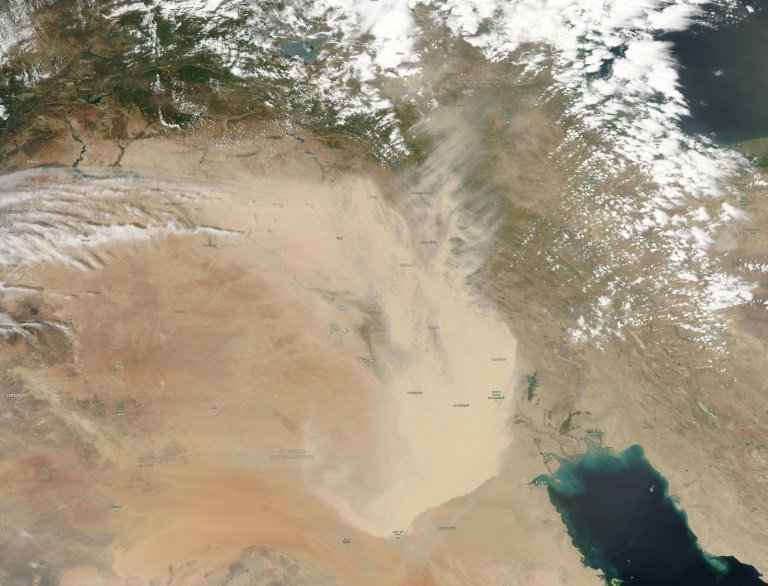 The Middle East has always been battered by sandstorms, but they have become more frequent and intense in recent years.

The trend is associated with rising temperatures and water scarcity, the overuse and damming of rivers, as well as overgrazing and deforestation.

Oil-rich Iraq is known in Arabic as the land of the two rivers, the Tigris and Euphrates, where the ancient civilisations of Mesopotamia flourished.

Iraq's environment ministry has said the increased sandstorms could be countered with more vegetation cover, including trees that act as windbreaks.

In Dubai, the world's tallest building was engulfed in a cloud of dust, while more than 1,200 people were hospitalised in Riyadh alone.

Experts predict the phenomenon will worsen as climate change warps regional weather patterns, further dries out and degrades soils and speeds up desertification across much of the Middle East.