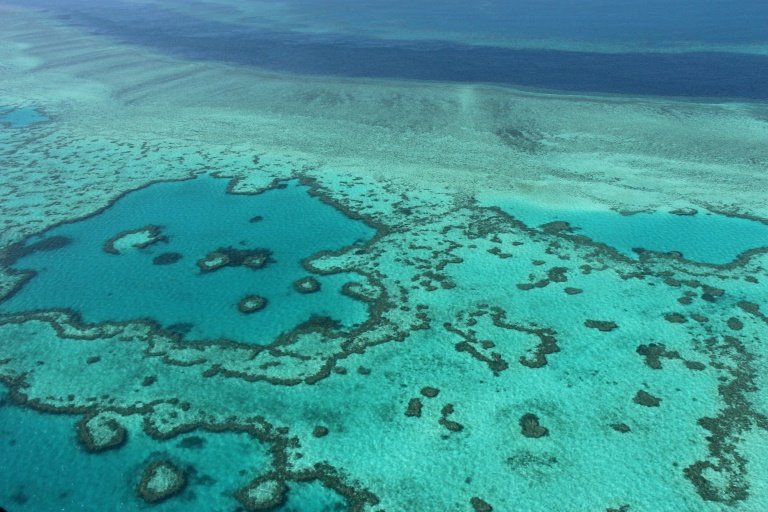 Australia's Great Barrier Reef is home to about 1,500 species of fish / © AFP

The world's largest coral reef system, stretching for more than 2,300 kilometres (1,400 miles) along the northeast coast of Australia, is showing the effects of the heat, said the Reef Authority.

Aerial surveys showed coral bleaching at multiple reefs across a large area of the system, "confirming a mass bleaching event, the fourth since 2016," it said in a report.

The Great Barrier Reef, home to some 1,500 species of fish and 4,000 types of mollusc, was suffering despite the cooling effect of the La Nina weather phenomenon, which is currently influencing Australia's climate, the authority said.

The area, which comprises about 2,500 individual reefs and more than 900 islands, suffers from bleaching when corals expel algae living in their tissues, draining them of their vibrant colours.

Though bleached corals are under stress, they can still recover if conditions become more moderate, the Reef Authority said.

"Weather patterns over the next couple of weeks continue to remain critical in determining the overall extent and severity of coral bleaching across the Marine Park," it said.

The mass bleaching report emerged four days after the United Nations began a monitoring mission to assess whether the World Heritage site is being protected from climate change.

UNESCO's mission is to assess whether the Australian government is doing enough to address threats to the Great Barrier Reef -- including climate change -- before the World Heritage Committee considers listing it as "in danger" in June. 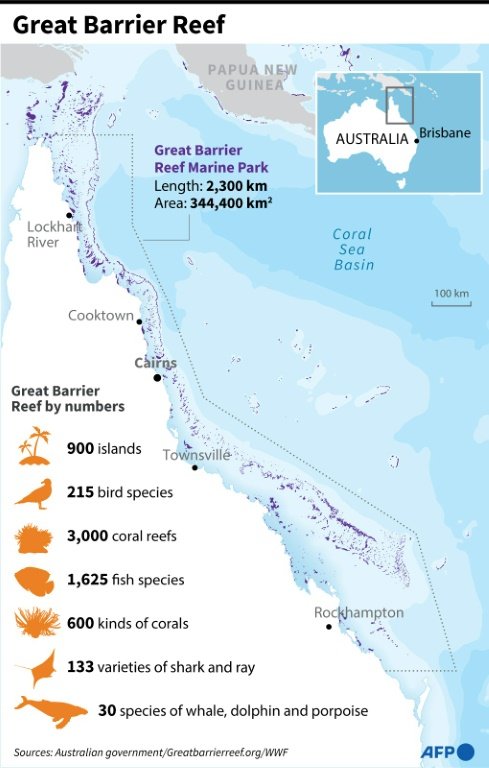 He pressed the government to show the damaged areas to the UN mission now inspecting the reef rather than the picturesque areas that have been untouched.

"If the government is genuine about letting the UN mission form a comprehensive picture of the state of the Reef, then it must take the mission to the northern and central Reef," Zavan said.

"Here, corals are being cooked by temperatures up to four degrees above average, which is particularly alarming during a La Nina year when ocean temperatures are cooler."

The World Heritage Committee's decision to not list the Great Barrier Reef as being in danger last July surprised many, given UNESCO had recommended the listing weeks earlier.

When the UN previously threatened to downgrade the reef's World Heritage listing in 2015, Australia created a "Reef 2050" plan and poured billions of dollars into protection.

"Unfortunately, as more severe bleaching is reported across our beloved Great Barrier Reef, we can see these devastating events are becoming more common under the continuing high rate of greenhouse gas emissions," she said.

“To give our Reef a fighting chance, we must deal with the number one problem: climate change. No amount of funding will stop these bleaching events unless we drive down our emissions this decade.