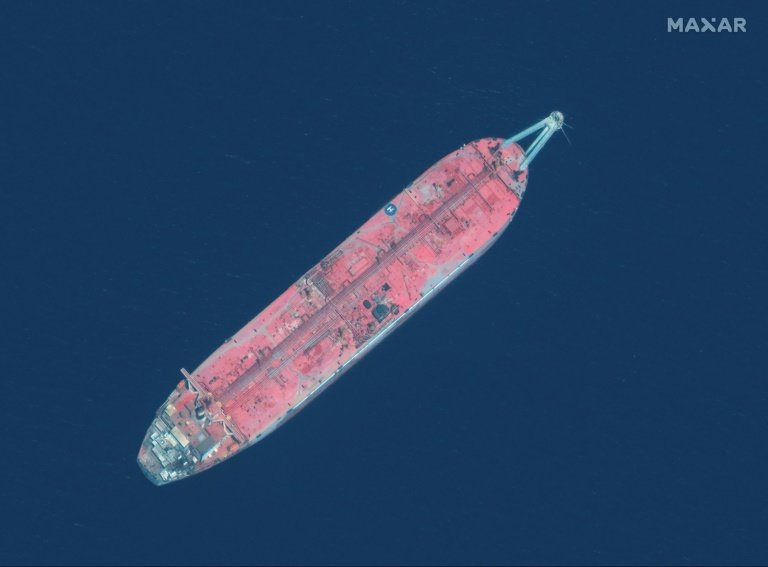 A long-abandoned fuel tanker off the coast of war-torn Yemen poses a "grave threat" to millions of the impoverished country's residents, potentially exacerbating its humanitarian crisis, Greenpeace warned on Thursday.

The 45-year-old fuel vessel FSO Safer has 1.1 million barrels of crude on board and has been moored out at sea about six kilometres (four miles) off Yemen's western lifeline port of Hodeida.

"The abandoned tanker, with its toxic cargo of crude oil, poses a grave threat to the communities and environment of the Red Sea," Greenpeace spokesman Ahmed El Droubi said in a statement.

"Action to prevent a major disaster, or at least mitigate its impact, can no longer wait."

Experts have warned that the rusting ship has had almost no maintenance work done in years, that volatile gases may be building up inside and that it lacks both power and a functioning fire-fighting system.

In a report released on Thursday, Greenpeace said an oil spill would prevent access to the main ports of Hodeida and Salif, affecting food aid supplies for up to 8.4 million people.

It also said that desalination plants on the coast in Hodeida, Salif and Aden could be affected, which would interrupt drinking water supply for about 10 million people.

Yemeni fisheries would likely shut down and ecosystems in the Red Sea would be destroyed, Greenpeace added, with the impact possibly reaching Djibouti, Eritrea and Saudi Arabia.

UN inspectors were initially meant to assess the tanker in 2020 but the mission has been repeatedly delayed over disagreements with the Huthi rebel movement, which controls much of the north including Hodeida and Salif ports.

The Huthis -- who have been battling the government since 2014 -- insist the UN team conducts maintenance work but the world body says it must be allowed to assess the site first before carrying out any works.

"The technology and expertise to transfer the oil to other tankers exist, but despite months of negotiations we are still at a stalemate and the Safer remains in its ever-deteriorating state," said Paul Horsman of the Safer response team at Greenpeace International.

Yemen's civil war has been a catastrophe for millions of its citizens, dubbed by the United Nations as the world's worst humanitarian crisis.

The UN has said the conflict has killed hundreds of thousands of people directly or indirectly and left millions on the brink of famine.