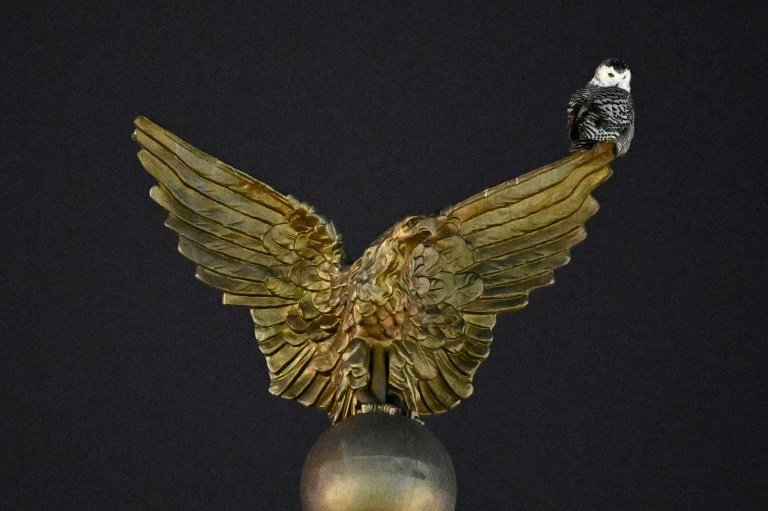 A rare visitor has come to the United States capital: a snowy owl, seen here perched on a monument outside Washington's bustling train station / © AFP

The white dome of the US Capitol shines through the night, illuminating a small group huddled down the hill, bundled tightly against the winter cold and carrying long-lens cameras and binoculars.

The motley crew are not there to photograph Washington's famous monuments -- they have their sights set on a rare creature that flew in from the Arctic: a snowy owl.

"There he is!" shouts one of the birdwatchers.

The crowd shifts positions to get a better angle.

"It's amazing," says an enthused Meleia Rose, 41. "I've been a birder a long time and this is my first time every seeing a snowy owl."

Birdwatching, or birding as it is also known, is a popular pastime in the United States, with hobbyists typically hiking through forests or camping in rural areas to spot different species of birds.

So the majestic owl's appearance a week ago in the city, much further south than its usual habitat, has proven a magnet. 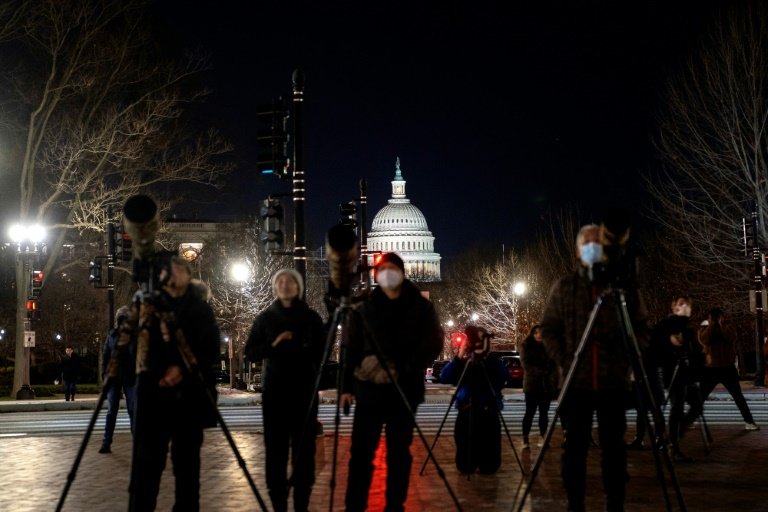 Birdwatchers in the US capital have come every night to catch a glimpse of the snowy owl, which rarely comes south of the Canadian border / © AFP

"You can see the Capitol," said Rose, wrapped in a big winter coat and accompanied by her partner. "It's arresting to have the contrast, the wildness with the city -- but especially DC where it's so ... monumental and iconic.

The couple, who hired a baby-sitter for the special occasion, got a good look at the rare bird, allowing them to mark "snowy owl" off their "life list" -- a catalogue of every bird they've seen.

Like others staring up at the young female owl, identified by its grey and white plumage, Rosa was alerted to its arrival by eBird, a network used by birdwatchers to signal particularly interesting finds, which logged 200 million observations last year by 290,000 enthusiasts worldwide.

Users had pinpointed the snowy owl near Union Station, a bustling transportation hub just down the road from the Capitol, where a line of taxis curls around a grassy park, criss-crossed with walkways and spotted with tents set up by the homeless.

At the center of the park, on top of a marble fountain, a pair of yellow eyes peer out, searching for an evening snack -- most likely one of the capital's countless rats.

One recent visitor was none other than Jacques Pitteloud, Switzerland's ambassador to the United States and a passionate birdwatcher. 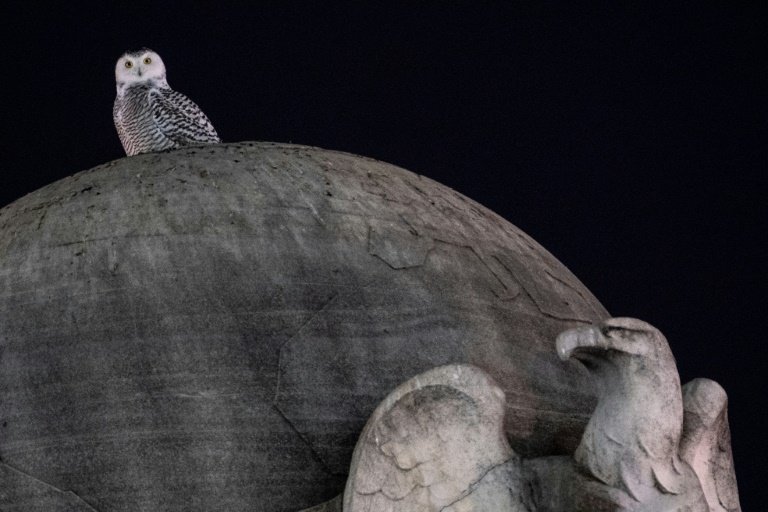 The young female owl, recognized by its grey and white stripes, feasts at night on Washington's rodents / © AFP

"The snowy owl has been on my list a long time," Pitteloud told AFP, "but it's truly extraordinary to see it in the middle of Washington DC."

"She was truly the superstar of Union Station!"

With broad white wings, these "birds of snow and ice" are "like a creature from another world," explained Kevin McGowan, a professor with Cornell University's Lab of Ornithology.

Snowy owls live a good part of the year near the Arctic Circle, but most migrate south for the winter -- usually stopping near the US border with Canada.

Its visit so far south to Washington is "like having a polar bear coming by your neighborhood," said McGowan.

"Snowy owls are such a charismatic bird," noted Scott Weidensaul, the co-leader of Project SNOWstorm, a group that researches and tracks snowy owls. 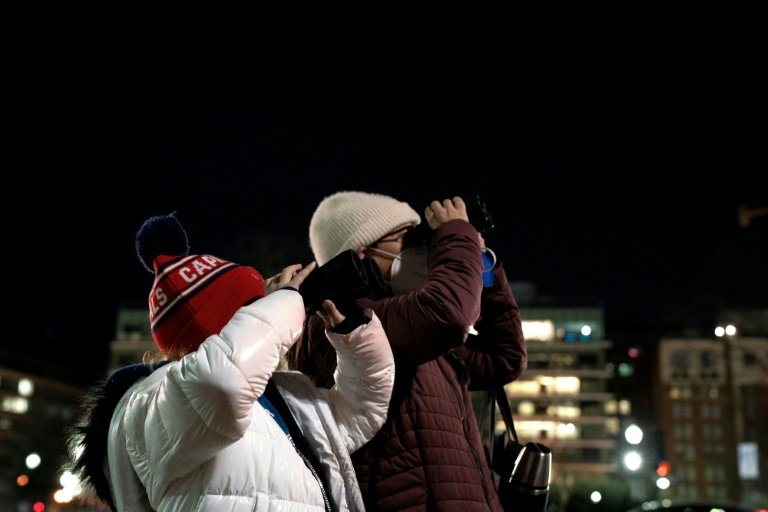 "And particularly for birdwatchers in the Washington DC area where it is an unusual event to see one down there. You know, that's a big deal."

In a black down jacket, Edward Eder is setting up his camera for a second night in a row. It's equipped with an ultra long lens for him to see the bird up close.

"A lot of people have taken up or become more enthusiastic birders during the pandemic," explains the 71-year-old retiree, attributing the trend in part to the ability to easily social distance.

With their parents pointing the way, a small group of children attempt to catch a glimpse of the bird -- which some may even recognize as kin to "Hedwig," the snowy owl companion to Harry Potter in the cult book and movie series.