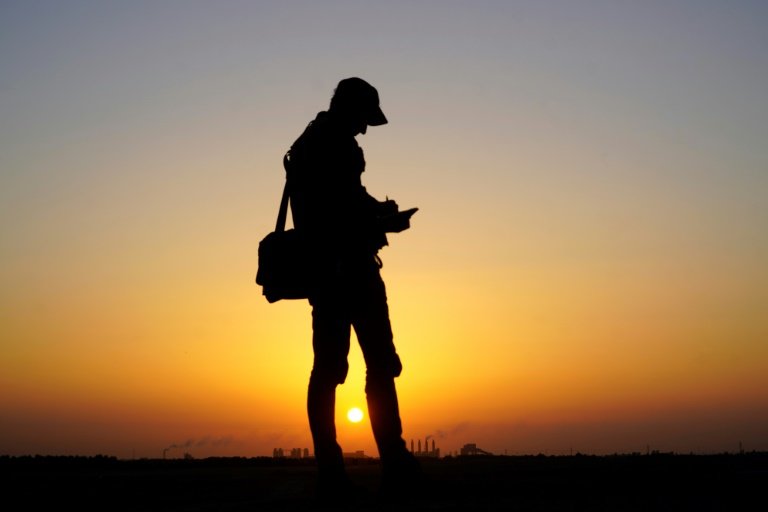 After war and insurgency kept them away from Iraq for decades, European archaeologists are making an enthusiastic return in search of millennia-old cultural treasures.

"Come and see!" shouted an overjoyed French researcher recently at a desert dig in Larsa, southern Iraq, where the team had unearthed a 4,000-year-old cuneiform inscription.

"When you find inscriptions like that, in situ, it's moving," said Dominique Charpin, professor of Mesopotamian civilisation at the College de France in Paris.

The inscription in Sumerian was engraved on a brick fired in the 19th century BC. 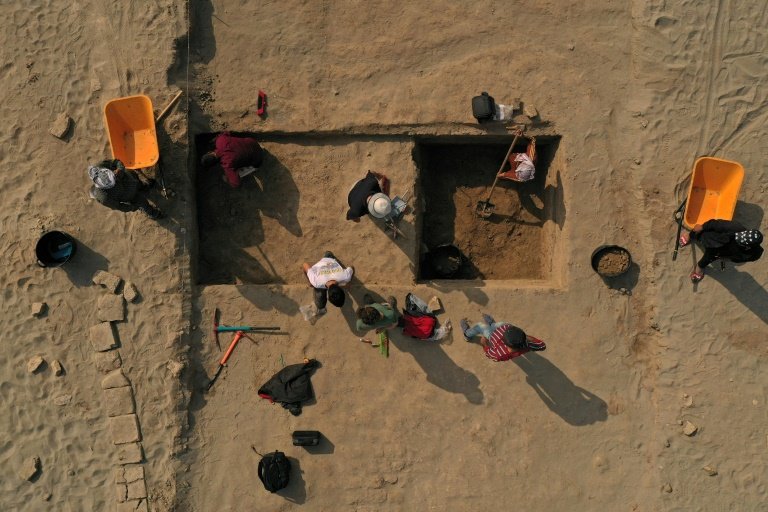 Members of a French-Iraqi archaeological expedition work on a dig at the site of the Sumerian city-state of Larsa, in southern Iraq / © AFP

"To the god Shamash, his king Sin-iddinam, king of Larsa, king of Sumer and Akkad," Charpin translated with ease.

Behind him, a dozen other European and Iraqi archaeologists kept at work in a cordoned-off area where they were digging.

They brushed off bricks and removed earth to clear what appeared to be the pier of a bridge spanning an urban canal of Larsa, which was the capital of Mesopotamia just before Babylon, at the start of the second millennium BC. 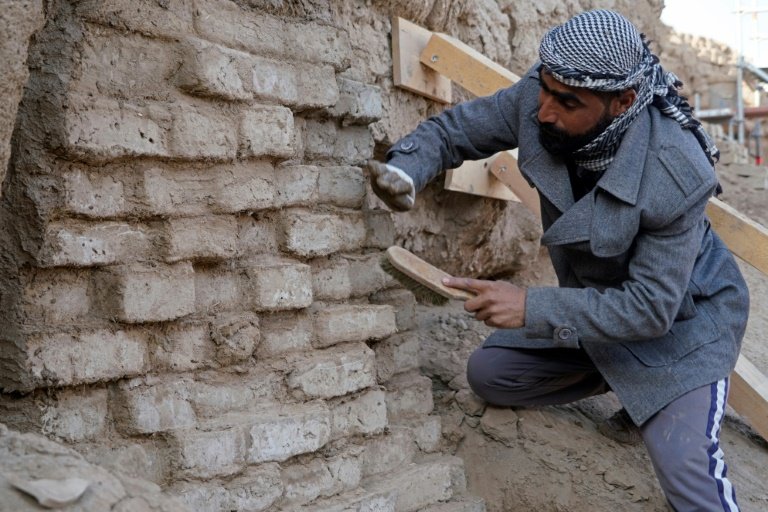 Iraqi archaeologists and workers use traditionally-made clay bricks to restore the white temple of Anu in the Warka site in Iraq's Muthanna province, on November 27, 2021 / © AFP

"Larsa is one of the largest sites in Iraq, it covers more than 200 hectares (500 acres)," said Regis Vallet, researcher at France's National Centre for Scientific Research, heading the Franco-Iraqi mission.

The team of 20 people have made "major discoveries", he said, including the residence of a ruler identified by about 60 cuneiform tablets that have been transferred to the national museum in Baghdad. 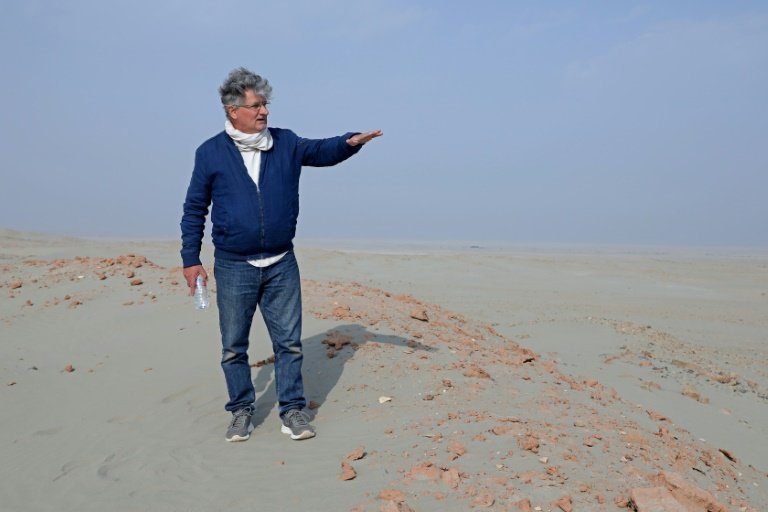 French archaeologist Regis Vallet leads the French-Iraqi expedition team at the site of the Sumerian city-state of Larsa, near the city of Nasiriyah, on November 22, 2021 / © AFP

Vallet said Larsa is like an archaeological playground and a "paradise" for exploring ancient Mesopotamia, which hosted through the ages the empire of Akkad, the Babylonians, Alexander the Great, the Christians, the Persians and Islamic rulers.

However, the modern history of Iraq -- with its succession of conflicts, especially since the 2003 US-led invasion and its bloody aftermath -- has kept foreign researchers at bay.

Only since Baghdad declared victory in territorial battles against the Islamic State group in 2017 has Iraq "largely stabilised and it has become possible again" to visit, said Vallet. 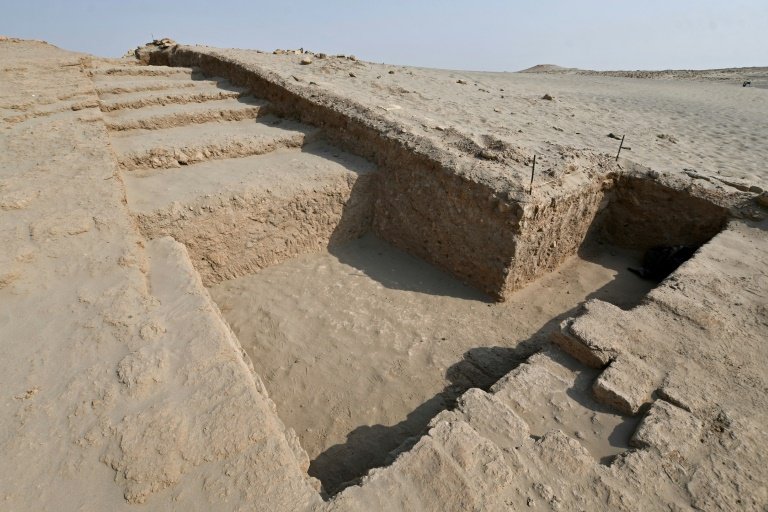 The Sumerian city-state of Larsa was the capital of Mesopotamia just before Babylon, at the start of the second millennium BC / © AFP

In late 2021, said Vallet, 10 foreign missions were at work in the Dhi Qar province, where Larsa is located.

Iraq's Council of Antiquities and Heritage director Laith Majid Hussein said he is delighted to play host, and is happy that his country is back on the map for foreign expeditions.

"This benefits us scientifically," he told AFP in Baghdad, adding that he welcomes the "opportunity to train our staff after such a long interruption". 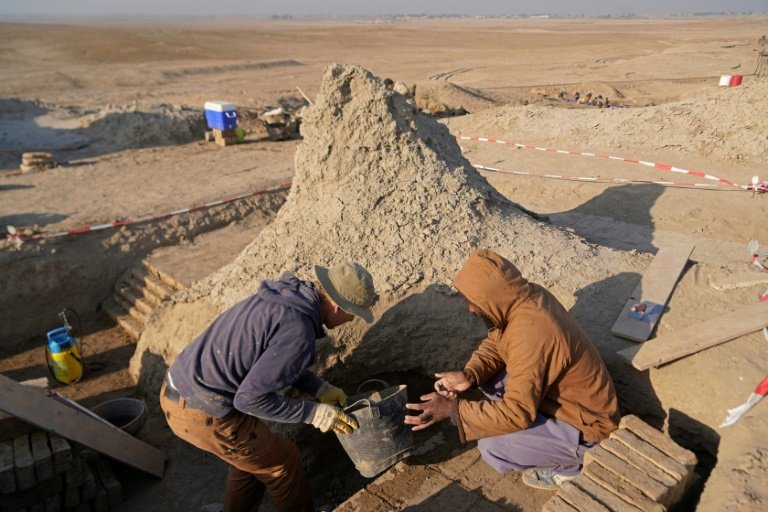 After a conflict-imposed absence of decades, European archaeologists are making an enthusiastic return to Iraq to discover more of its millennia-old cultural treasures / © AFP

Near Najaf in central Iraq, Ibrahim Salman of the German Institute of Archaeology is focused on the site of the city of Al-Hira.

Germany had previously carried out excavations here that ground to a halt with the 2003 US-led invasion that toppled Saddam Hussein.

Equipped with a geomagnetic measuring device, Salman's team has been at work in the one-time Christian city that had its heyday under the Lakhmids, a pre-Islamic tribal dynasty of the 5th and 6th centuries.

"Some clues lead us to believe that a church may have been located here," he explained.

He pointed to traces on the ground left by moisture which is retained by buried structures and rises to the surface. 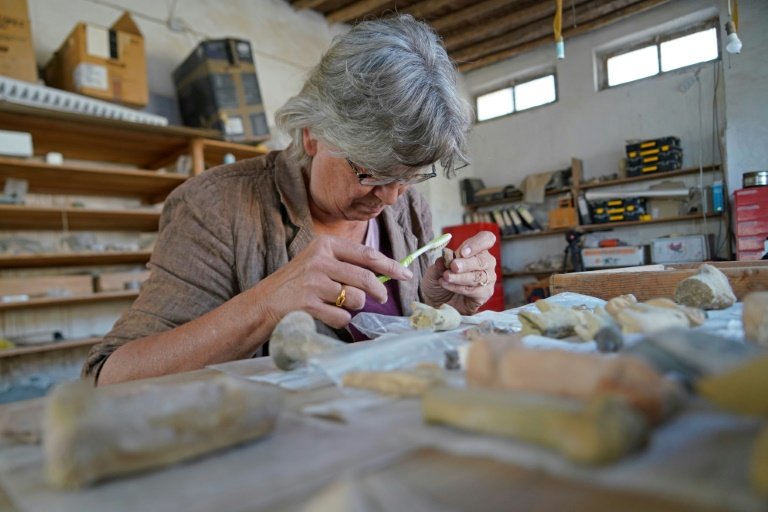 "The moistened earth on a strip several metres (yards) long leads us to conclude that under the feet of the archaeologist are probably the walls of an ancient church," he said.

Al-Hira is far less ancient than other sites, but it is part of the diverse history of the country that serves as a reminder, according to Salman, that "Iraq, or Mesopotamia, is the cradle of civilisations. It is as simple as that!"