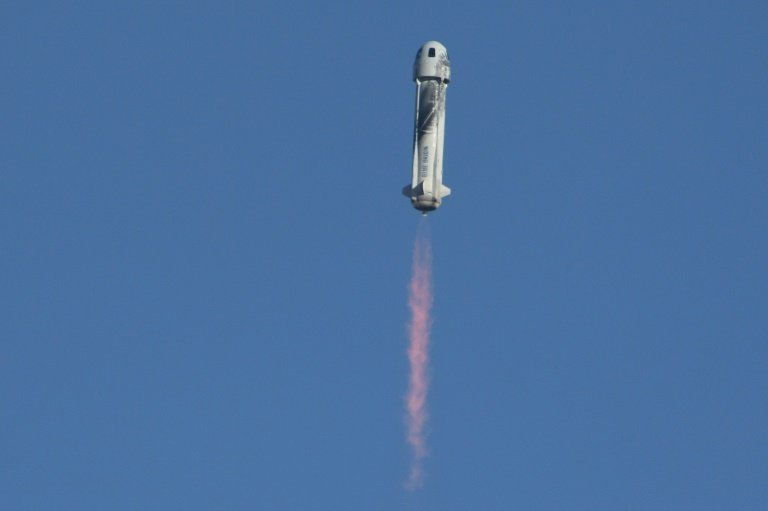 A Blue Origin flight due to include the daughter of the first American to travel to space has been delayed by two days because of forecasts of bad weather, the company said Wednesday.

The flight was originally scheduled for Thursday but because of winds forecast for both that day and Friday it will now aim to lift off on Saturday at 8:45 am (1445 GMT) from West Texas.

Laura Shepard Churchley, whose father Alan Shepard became the first American to travel to space in 1961, will be one of six passengers on this third crewed flight by Jeff Bezos's space company.

The rocket is in fact called New Shepard, in honor of the late Shepard.

Television personality Michael Strahan, a former American football player who co-hosts "Good Morning America," will be a guest on the voyage -- a roughly 10-minute trip to the internationally recognized boundary of space, and back down again.

Lane and Cameron Bess will become the first parent-child pair to fly in space.