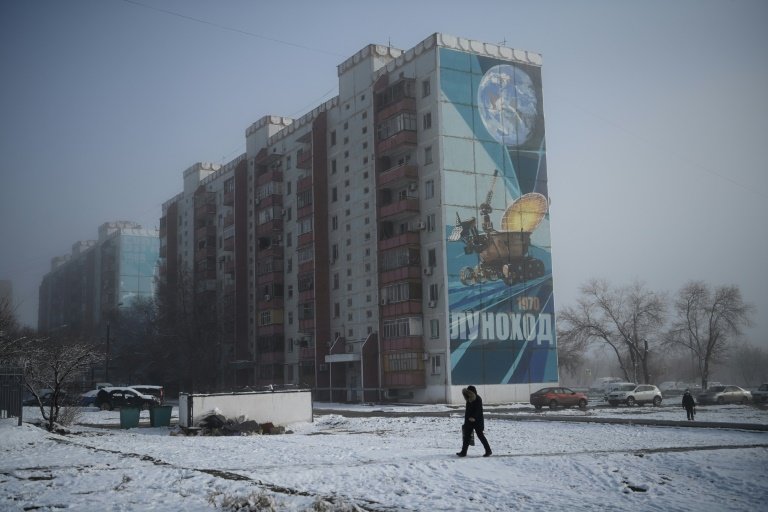 For many years Baikonur was closed to outsiders. Even today, anyone entering it is required to present a permit at the town's guarded checkpoint / © AFP

Malik Mutaliyev walks by an abandoned amusement park in wintry Baikonur, a secretive town in Kazakhstan's inhospitable steppe that appeared alongside the eponymous Baikonur Cosmodrome where the Soviet Union's space programme rose to glory.

"Our town has lived through a lot: Perestroika, the fall of the Soviet Union, electricity shortages. We've been through it all," says the 67-year-old former chief architect of Baikonur.

The settlement located in the desolate north of Kazakhstan in Central Asia has gone by many names: Site No. 10, Leninsk -- in honour of the Soviet revolutionary Vladimir Lenin -- and now Baikonur.

It was here nevertheless and from the cosmodrome some 30 kilometres (18 miles) away that the first satellite launched into space -- Sputnik in 1957 -- and both the first man sent into orbit, Yuri Gagarin, and later the first woman, Valentina Tereshkova, were dispatched from this spot.

Three decades after the Soviet collapse, Baikonur remains a key facility, specifically for manned flights to the International Space Station (ISS). On Wednesday, two Japanese space tourists launched to the ISS from Baikonur.

"All this is the achievement of people, the many generations of people that have put in a lot of work," Mutaliyev says, referring to the town that he helped build.

That work began in 1955, when the Soviets established a settlement on the banks of the Syr Darya river to house workers involved in building the cosmodrome.

The site later expanded to accommodate servicemen and their families working on classified space projects. 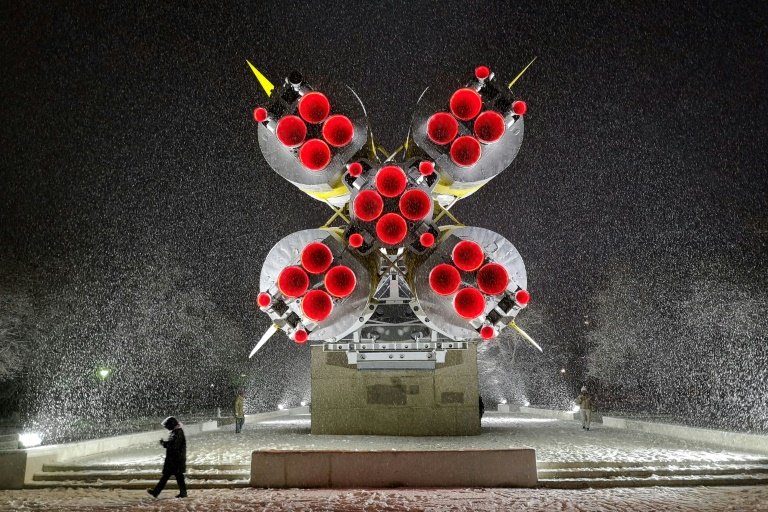 "I remember the times when the so-called elites were here. There were a lot of educated people," says Oksana Slivina, a teacher who moved to Baikonur when her father was stationed to the town by the military.

For many years, the town was closed to outsiders. Even today, anyone entering Baikonur is required to present a permit at the town's guarded checkpoint.

Located miles away from large cities, Baikonur was chosen due to its remote location in the desert, ideal for testing rockets.

Temperatures are brutally hot in the summer and plummet well below zero in the winter but the skies are usually clear and ideal for launches.

After the fall of the Soviet Union in 1991, Baikonur became part of what is now Kazakhstan. Residents left en masse, abandoning homes in the face of an uncertain future. 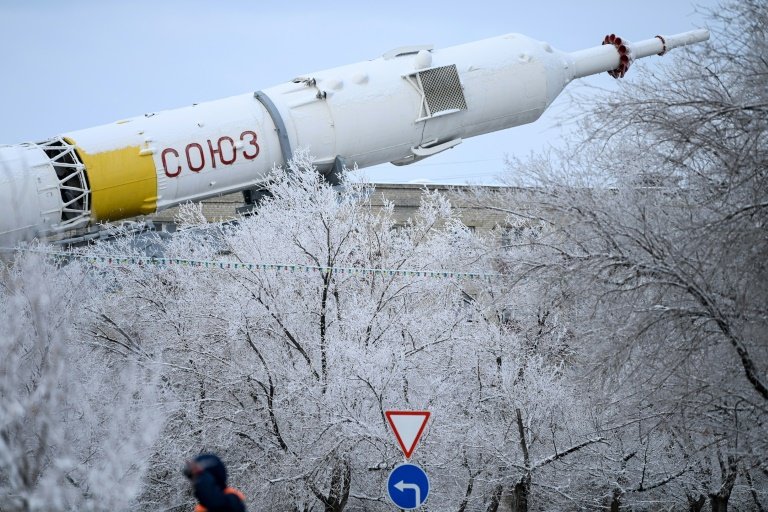 Now it is leased by Russia from Kazakhstan under a contract that expires in 2050. Both Russian and Kazakh languages are used interchangeably, as are the two countries' currencies.

"Our goal was not to let the city fall apart and to preserve it for future development. I think we have managed that," says Mutaliyev.

The town lives and breathes space.

Its streets carry the names of Soviet space heroes. Buildings are decorated with space-themed art and streets are peppered with monuments to rockets, engineers and of, course, to Gagarin, a Russian national hero.

The town of around 76,000 people, which appears frozen in time, is a well-preserved relic of Soviet architecture and urban planning.

"Many are leaving. Usually parents stay because the salaries are good and kids leave to Russia or elsewhere," says Georgy Ilin, a secondary school graduate.

The 21-year-old said he was planning to leave, too, to enter university, since "there is nowhere to study here".

He says the town has become "dormant" and hopes that Russia's return to the burgeoning space tourism, ushered in with Wednesday's launch, will give it a necessary boost.

Slivina, the teacher, says it would be a "shame" not to use the town's unique status to attract visitors. 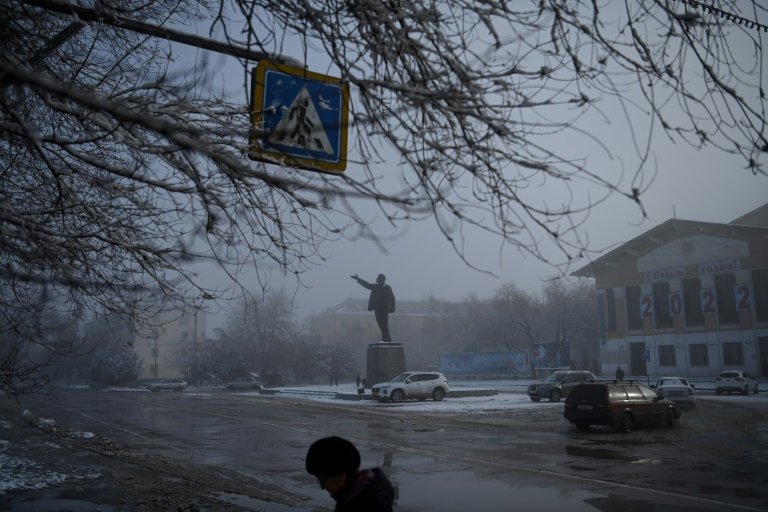 While Baikonur is a symbol of the Soviet Union's great past, its younger generation sees the future elsewhere / © AFP

"Of course money needs to be invested here -- and big money -- so it doesn't become embarrassing and so there is something to show people besides the launch pads," she says.

But the 57-year-old said she would always remain loyal to her home, that for many years was Earth's gateway to space.

"The town is close to my heart. I've spent half my life here. I will love it no matter what."