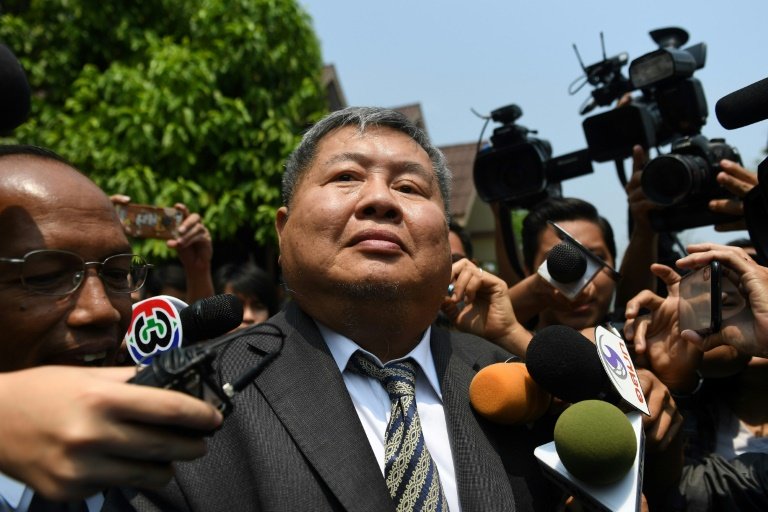 A Thai tycoon accused of poaching wildlife in a national park lost his final appeal Wednesday, in a long-running saga that drew public outrage over the elite's perceived impunity.

Construction magnate Premchai Karnasuta was arrested in February 2018 when park officials found guns, animal carcasses -- including of a kalij pheasant and a red muntjac -- and the pelt of a black leopard at his campsite.

Premchai was found not guilty of possessing a leopard carcass, but he was convicted of three other poaching-related charges and sentenced to 16 months jail. It was raised to three years and two months by the Appeals Court.

On Wednesday, the Supreme Court upheld the guilty verdict and sentence of three years and two months, a court official confirmed.

He and two other defendants were ordered to pay 2 million baht ($60,000) in compensation.

Premchai, who arrived in a Range Rover sporting an eye patch, will not receive a suspended sentence, according to the attorney general's office.

He has been sent to Thong Pha Phum district prison, a court official confirmed.

The decision brings to a close a long-running case that sparked public anger in a kingdom fed up with perceived impunity for powerful figures.

He and his sister were on the Forbes Top 50 richest list for Thailand until 2016 with an estimated $630 million fortune at the time, but they have since dropped off the ranking.

World Wide Fund for Nature Thailand said the case was a victory for "wildlife and the rule of law".

"It is a sentence which sends a clear message that wildlife crime will not be tolerated no matter who you are," the organisation said in a statement.

"Today justice was served, and Thailand should be proud."

Members of the kingdom's wealthy elite have a habit of avoiding justice.

There was a public outcry last year when Thai authorities dropped charges against Red Bull heir Vorayuth "Boss" Yoovidhya after he crashed his Ferrari in 2012, killing a police officer.

Thailand's Attorney General's Office has since announced fresh charges and an Interpol Red Notice has been issued to arrest Vorayuth.