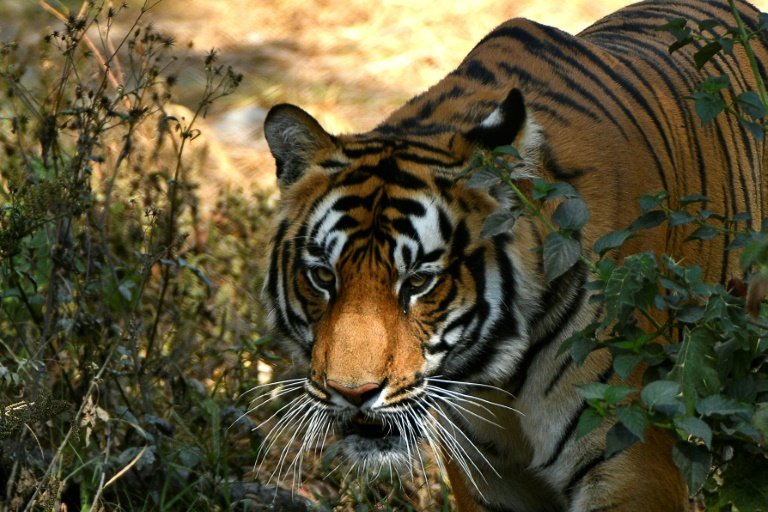 A Royal Bengal tiger walks in its enclosure at a zoo in Lalitpur, on the outskirts of Kathmandu / © AFP

Deforestation, habitat encroachment and poaching have devastated tiger populations across Asia, but Nepal and 12 other countries signed a pledge in 2010 to double their numbers by next year.

Nearly 4,000 motion-sensitive cameras will eventually be set up across more than 12,000 square kilometres (4,600 square miles) of protected areas and adjoining forests.

"The survey is aimed at getting information on the status of tigers which will help us to assess whether our strategies on safeguarding the tiger population have worked," Bed Kumar Dhakal of the National Parks and Wildlife Conservation Department told AFP.

The 2010 Tiger Conservation Plan signed by Nepal is backed by celebrities including Leonardo DiCaprio. 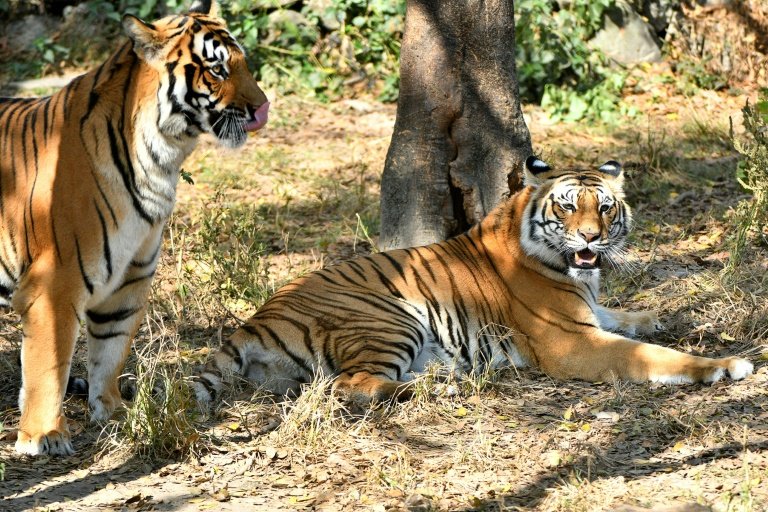 The world's wild tiger population rose to 3,890 in 2016, according to the World Wide Fund for Nature (WWF) and the Global Tiger Forum.

It was the first increase in more than a century and up from an all-time low of 3,200 at the start of that decade.

Nepal had 235 tigers in 2018, according to a survey, up nearly double from nine years earlier.

The results of the census are expected in July.