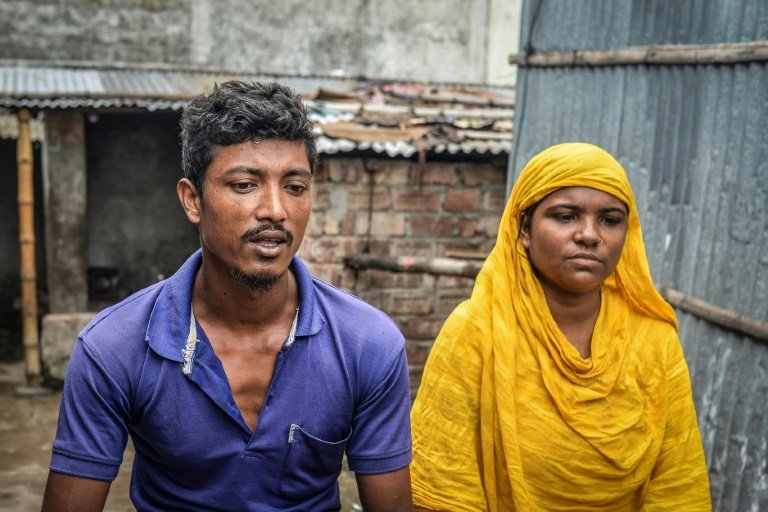 The International Displacement Monitoring Centre says nearly five million Bangladeshis have been displaced internally between 2008 and 2014, most moving to Dhaka or Chittagong / © AFP

Bibi Salma and Mohammad Ali Asgar lost their home three times before shifting to one of Dhaka's fast-growing slums, just two among millions of Bangladeshis forced to move by rising waters.

Experts say that this impoverished delta nation of 170 million people is set for the biggest displacement in human history -- due to climate change.

"I remember how our house went completely under water during a flood. It happened so quickly, the tip of the roof disappeared in minutes," said Salma, 35, originally from the island of Bhola 300 kilometres (200 miles) south of Dhaka.

"The river was ferocious. It gradually devoured all our farmland and came near our house one day... Our orchards, homestead -- nothing was left," she told AFP outside the shack they share with their four children.

The family now live in a 100-square-feet (10-square-metre) room with some cooking pots and one mattress that they all sleep on.

Each home they had was lost to flooding, forcing Asgar to take out loans for the next one.

Finally unable to borrow more, they left for the teeming slum on the outskirts of the capital Dhaka -- a megacity of 20 million people.

Bangladesh, a low-lying nation of criss-crossing muddy rivers at the top of the Bay of Bengal, has long been battered by nature.

When the Great Bhola Cyclone struck their island in 1970, Asgar's grandparents and several uncles and aunts were among the nearly half a million people who perished.

"The tidal surge rose up to 20 feet (six metres), and so quickly. It washed away my grandparents and the uncles and aunts in a few seconds, right in front of my father's eyes," the 40-year-old said.

"His whole life my father wasn't able to come to terms with this harrowing tragedy," Asgar, who earns around $7.50 a day selling sugarcane juice on the roadside, told AFP, wiping tears from his eyes.

- Devoured in the deluge -

Cyclones are happening more and more, scientists say. Better forecasting means that people are usually evacuated in time. But combined with ever-more frequent flooding and river erosion, life for many is becoming untenable.

On the bank of the Padma, a tributary of the Ganges, Afsar Dewan shows where his tin, brick and concrete home stood just a day earlier, before it was swept away along with hundreds of other homes in and around the town of Manikganj.

"There were two madrasas (Islamic seminaries) and a mosque over there. All have now been devoured. The graves were washed away. My parents and uncles were laid to rest there," he said. 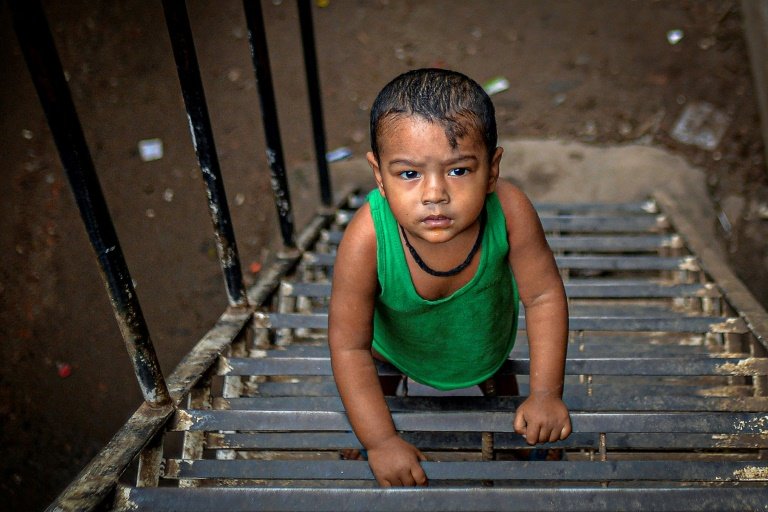 Dhaka has built tens of thousands of homes in the past two years, more than half going to climate refugees -- mainly victims of river erosion, said Tanvir Shakil Joy, an MP and the head of the parliamentary caucus on climate change / © AFP

Now the 65-year-old will have to borrow money -- the interest can sometimes be more than the loan -- but he isn't joining the exodus from the village to Dhaka, 100 kilometres away, insisting he still has farmland to use.

The International Displacement Monitoring Centre says nearly five million Bangladeshis have been displaced internally between 2008 and 2014, most moving to Dhaka or Chittagong.

According to the World Bank, another 13.3 million people could follow them by 2050.

Large numbers also go abroad. Every year some 700,000 Bangladeshis leave for jobs in the Middle East and South-East Asia.

Bangladeshis are one of the main nationalities trying to make it illegally into Europe.

Dhaka has built tens of thousands of homes in the past two years, more than half going to climate refugees -- mainly victims of river erosion, said Tanvir Shakil Joy, an MP and the head of the parliamentary caucus on climate change. 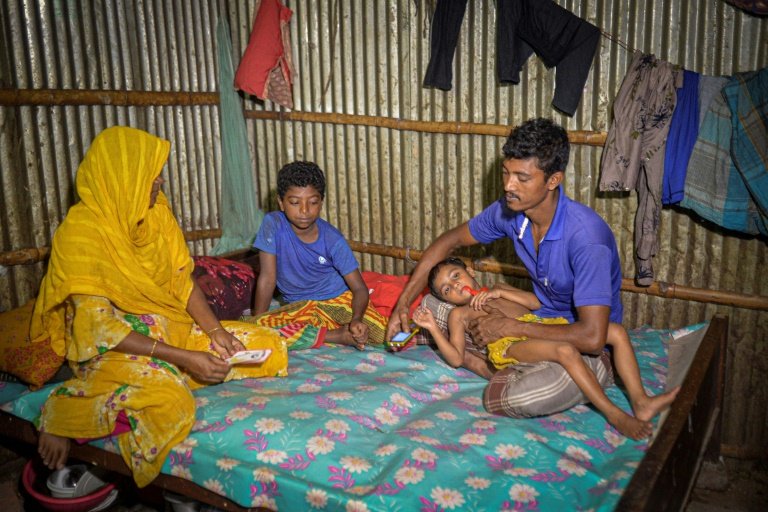 Studies by the state-owned Centre for Geographical and Environment Services, CEGIS, show every year since 2004 some 50,000 people lose their home along the country's two main Himalayan rivers, the Ganges and the Brahmaputra / © AFP

But studies by the state-owned Centre for Geographical and Environment Services, CEGIS, show every year since 2004 some 50,000 people lose their home along the country's two main Himalayan rivers, the Ganges and the Brahmaputra.

"Bangladesh is home to dozens of big rivers. If you add people who have lost homes to other rivers, the number people who lose homes annually will be more than 100,000," said Mominul Haque Sarker, a University of Manchester-trained adviser of CEGIS.

At the upcoming COP26 in Glasgow, Bangladesh will again highlight the challenges it is facing due to the extreme weather events, and call for international help to help adapt.

"But when we speak about the climate migration in the international forum, the rich nations just avoid the discussion," Joy said.

"The Western nations, who are mainly responsible for global warming, have yet to recognise that climate change is behind massive migration and displacement,' he said.

"They go into panic mode the moment we raise the issues of climate refugees. Their apprehension is if they recognise this they may have to accept some of these refugees."