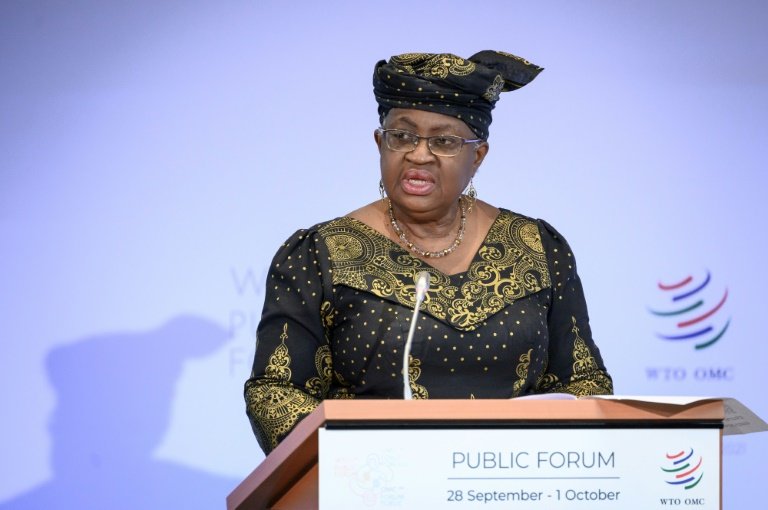 "We have a very big problem," she said, urging nations to find a solution as domestic agricultural subsidies "are growing in leaps and bounds."

The comments, made during a discussion with World Bank President David Malpass, come as the global trade body works to reach a deal on the issue at the upcoming ministerial meeting in Geneva in late November.

United Nations agencies in a recent report estimated that global support to farm producers totals $540 billion (457 billion euros) a year, and is expected to triple to nearly $1.8 trillion by 2030.

And 87 percent of that aid -- $470 billion -- is "price distorting and environmentally and socially harmful," the agencies said.

Ngozi said most WTO members want to "solve the problem."

The subsidies have long been a point of friction since the birth of the organization, which finally managed an agreement to ban export subsidies in 2015.

The WTO chief worried about the impact on poor countries.

"We have to worry about how distortive these subsidies are, and whether they result in a barrier to competition," Ngozi said. "If we don't do something to take care of this there will be many poor countries who cannot compete because of large subsidies from rich countries."

Malpass noted that the issue also impacts the environment since subsidies for fertilizer can "distorts ... what crops are grown."

"It's also expensive and the chemical runoff is a big part of ocean pollution," he said at the event held during the annual meetings of the World Bank and International Monetary Fund.