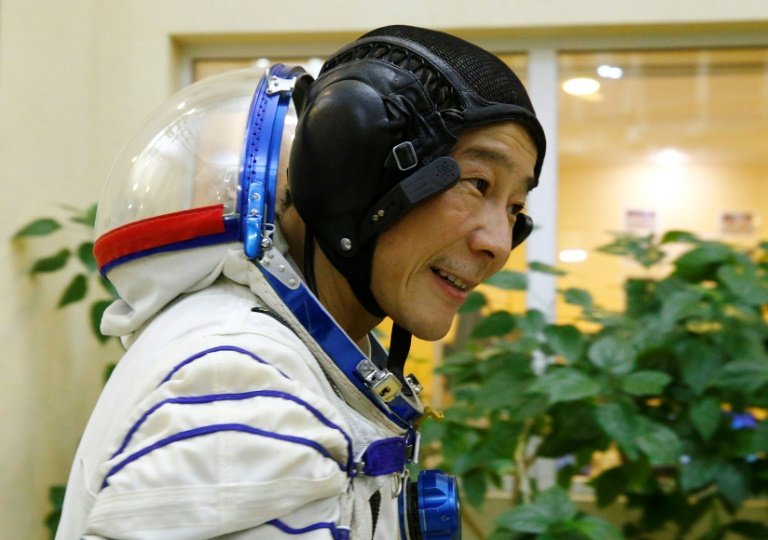 Japanese billionaire Yusaku Maezawa said Thursday he had no fear ahead of his "dream-come-true" launch to the International Space Station (ISS), a Russian project aimed at boosting its space tourism credentials.

The mission is one of several this year by non-professional astronauts, including 90-year-old "Star Trek" actor William Shatner who on Wednesday completed a space flight on board a Blue Origin rocket.

Maezawa, 45, is the founder of Japan's largest online fashion mall and the country's 30th richest man, according to Forbes.

"I've got a list of one hundred things I want to do on the station like play badminton," Maezawa said at a news conference on Thursday.

"The closer it gets the more excited I get. I'm not afraid or worried," he said.

Maezawa and his assistant are set to blast off from the Russia-leased Baikonur cosmodrome in Kazakhstan in December, accompanied by Russia cosmonaut Alexander Misurkin.

They are scheduled to spend 12 days on board the ISS and Maezawa has said he plans to document his journey for his YouTube channel with over 700,000 subscribers.

"I want to tell you that dreams do come true," he said in Moscow on Thursday. "Go for goal. Everything depends on you."

He will be the first space tourist to travel to the ISS with Russia's space agency Roscosmos since 2009 when Canadian Guy Laliberte, co-founder of Cirque du Soleil, travelled to the station.

Earlier this month, Roscosmos sent an actress and a director to the ISS where they are filming scenes for the first movie in orbit. They will return to Earth on Sunday.

Maezawa's three-person crew will travel aboard the Soviet-designed Soyuz rocket that for decades has ferried astronauts from around the world to the ISS.

Last year, however, Russia lost its monopoly for ISS flights to Elon Musks's SpaceX that successfully delivered NASA astronauts to the station in a Crew Dragon capsule.

SpaceX made history this year by sending the first all-civilian crew around the Earth's orbit in a mission called Inspiration4.

The US company also plans in 2023 to take an all-civilian mission on a flight around the moon, funded by Maezawa who plans to be among the eight people on board.

Competition in the space tourism sector is heating up as more players emerge.

Virgin Galatic of billionaire Richards Branson offers a similar experience of a few minutes in weightlessness before coming back to Earth.

Both Bezos and Branson were aboard for their company's respective maiden voyage.