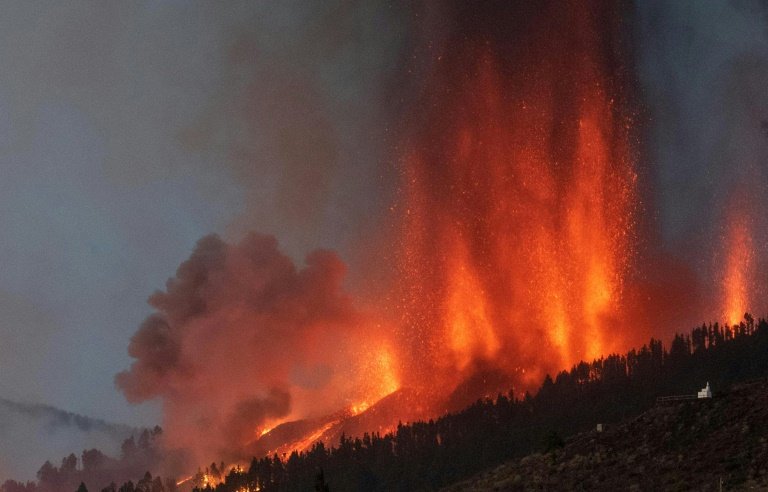 An eruption September 19, 2021 was the first the Cumbre Vieja volcano has erupted in 50 years / © AFP

The Cumbre Vieja volcano erupted on Spain's Canary Islands Sunday, spewing out lava, ash and a huge column of smoke after days of increased seismic activity and forcing the evacuation of around 5,000 local people, authorities said.

Cumbre Vieja, which last erupted 50 years ago, straddles a ridge in the south of La Palma island, home to around 80,000 people.

"The eruption started in the Cabeza de Vaca zone, in El Paso," at around 3:00 pm (1400 GMT) the local government said on its Twitter account.

The evacuation was obligatory in a dozen areas placed on a maximum alert and temporary shelters were opened.

"People are asked to be extremely careful and to stay away from the eruption zone to avoid needless risk," a local government statement added.

The head of the Canaries region, Angel Victor Torres, said the zone was forested and "sparsely populated". No casualties had so far been reported, he added.

The lava reached several homes and made a number of roads impassable.

According to the local government's projections, lava flows from the volcano, located in the centre of the island, were likely to move southwest towards inhabited and wooded areas, before reaching the coast.

The lava flows were moving at about 700 metres (yards) an hour, and had a temperature of nearly 1,000 Centigrade, according to the Canaries Islands Institute of Volcanology.

"Everything leads us to believe that there won't be any new points of eruption," said Torres.

State television ran live coverage of the eruption during the late afternoon. 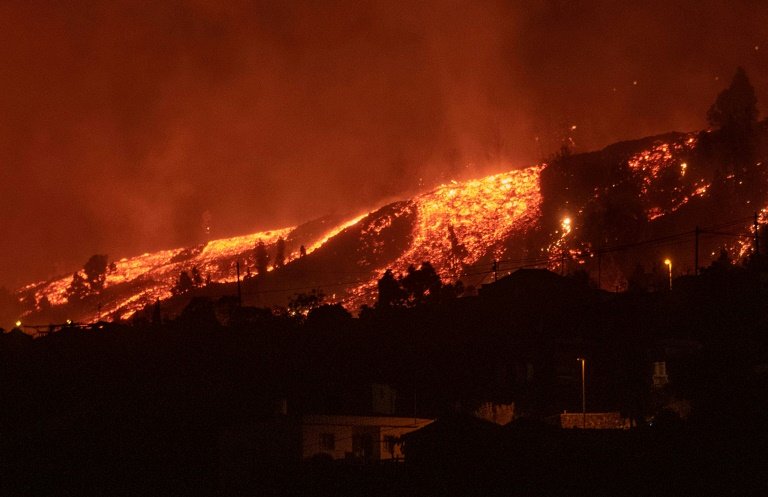 "Given the situation (on) La Palma island, the head of government has delayed his scheduled departure today for New York," to attend the UN General Assembly, a statement said earlier.

"All services are prepared to act in a coordinated fashion," Sanchez wrote on Twitter.

As of 1830 GMT, flights to and from the island had not been disrupted, airport operator Aena said.

The interior ministry said 200 members of the security services had been mobilised, with a helicopter as back up.

Experts had been keeping a close watch on the volcano after observing a recent upsurge in seismic activity and magma displacements.

An earthquake swarm under La Cumbre Vieja began a week ago and since then there had been thousands of tremors, the strongest with a magnitude of nearly four, the Involcan volcanology institute said.

An earthquake swarm is a sequence of seismic events occurring in one place within a relatively short period of time. 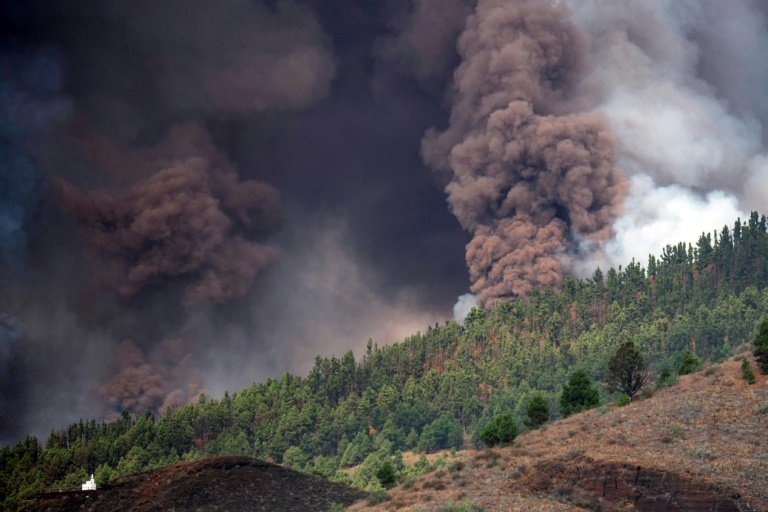 On Tuesday, the authorities raised the alert level from green to yellow, in certain areas around the volcano. The second of four alert levels, the change meant civil protection officials had to inform the public "to take precautions ahead of a possible volcanic eruption", under an emergency plan.

Involcan had reported a "significant ground deformation" as a result of "a small volume" of new magma flowing into the reservoir underneath the volcano, which amounted to 11 million cubic metres.

"Undoubtedly the current seismic swarm represents a significant change in the activity of the Cumbre Vieja volcano and is related to a process of magmatic intrusion beneath the island of La Palma," it said.

The Canaries, an archipelago of seven islands off northwestern Africa, last recorded a volcanic eruption in 2011, undersea off El Hierro island.