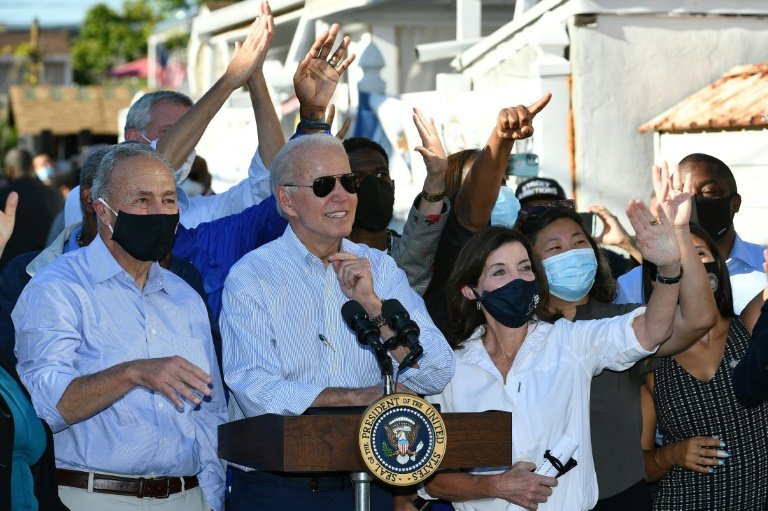 President Joe Biden said Tuesday the world faces a "code red" on climate change danger as he visited damage from the aftermath of Hurricane Ida in New York and New Jersey.

"We've got to listen to the scientists and the economists and the national security experts. They all tell us this is code red," Biden said in the hard-hit New York borough of Queens, which he toured after visiting Manville, New Jersey.

"The nation and the world are in peril. That's not hyperbole. That is a fact," he said.

Biden -- who is pushing a giant infrastructure spending bill, including major funding for the green economy -- argues that extreme weather across the United States this summer is a harbinger of worse to come.

"This is everybody's crisis," he said in the speech. "These disasters aren't going to stop. They're only going to come with more frequency and ferocity."

Systemic upgrading and hardening of the nation's infrastructure is an urgent need, he asserted, pointing to proposed changes such as flood-proofing power stations, raising up buildings and burying electrical lines. 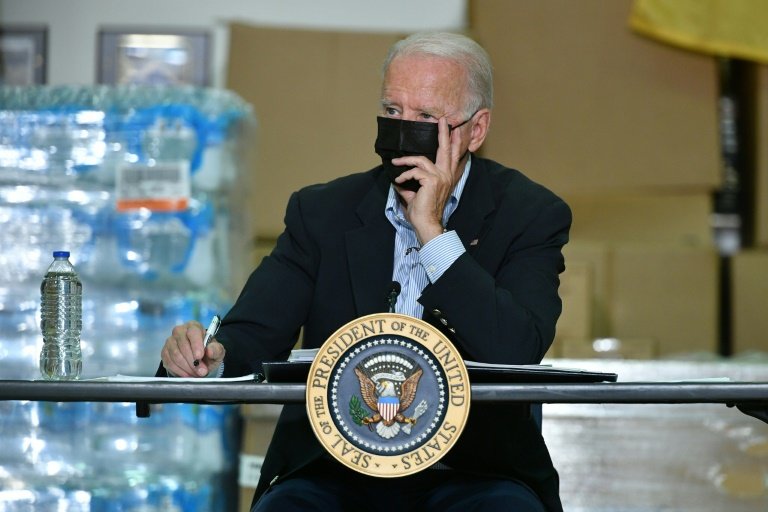 US President Joe Biden takes part in a briefing with local leaders in the aftermath of Hurricane Ida in Hillsborough Township, New Jersey / © AFP

"You can't just build back to what it was before, because another tornado, another 10 inches of rain is going produce the same kind of results," Biden said in earlier remarks in New Jersey.

Ida struck the US Gulf Coast as a Category 4 hurricane, bringing major flooding and knocking out power to large parts of the heavily populated region, which is also a main hub for the oil industry. Just last week, Biden made a similar tour to Louisiana, where Ida had originally mand landfall.

However, the departing remnants of the hurricane then caught authorities in the New York region by surprise, with ferocious rainfall triggering flash flooding.

The final blast of the storm killed at least 47 people in the US Northeast as it turned streets into raging rivers, inundated basements and shut down the New York subway. 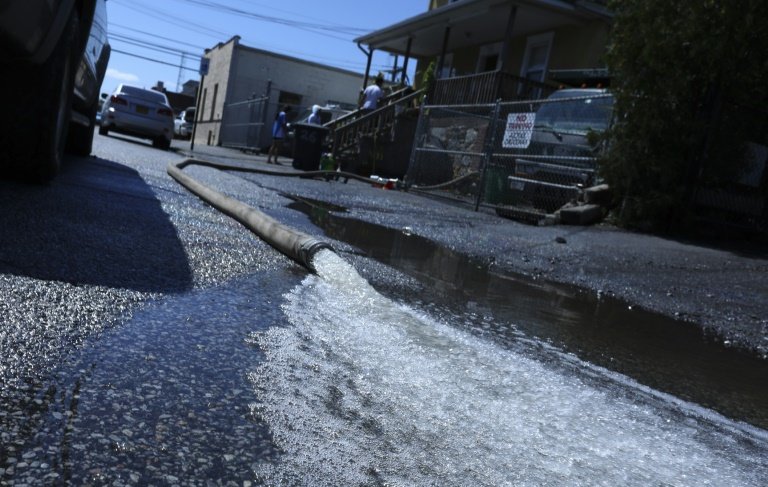 The clean up from storm Ida, including pumping out flooded houses, continues in the New York area, as President Joe Biden visits to inspect damage / © AFP/File

And while one part of the country buckles under hurricane fallout, California and other parts of the western region are struggling to combat ever-fiercer wildfires.

With his presidency straining from the aftermath of the Afghanistan pullout and surging Covid infections at home, Biden faces a difficult coming few weeks, including a struggle to get his infrastructure plans through the narrowly divided Congress.

The White House hopes that the dramatic impact from Hurricane Ida in two different parts of the country will galvanize action on the spending bills.

"It's so imperative that we act on addressing the climate crisis and investing... through his 'Build Back Better' agenda, which is working its way through Congress," White House Press Secretary Jen Psaki said.