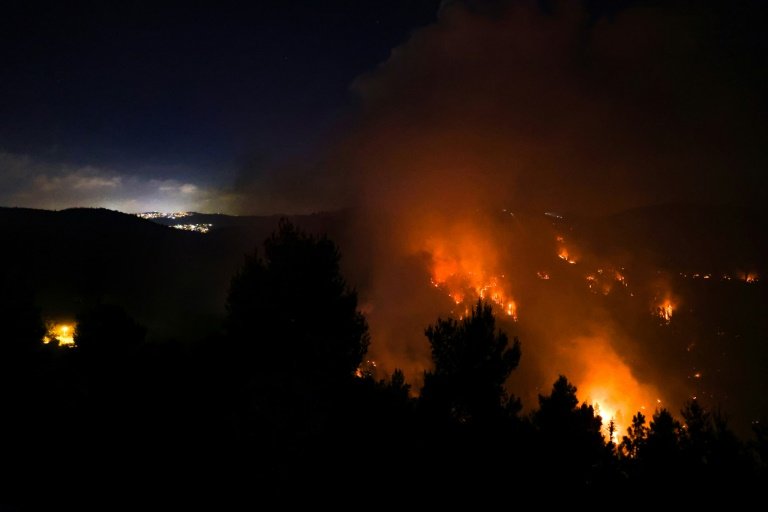 Residents of several villages on the outskirts of Jerusalem were evacuated on Sunday because of a large forest fire nearby, Israeli police said.

Firemen supported by firefighting aircraft were working to extinguish the blaze as the smoke blotted out the sky across much of the city.

A spokesman for Prime Minister Naftali Bennett's office said he had held a special meeting with security officials. 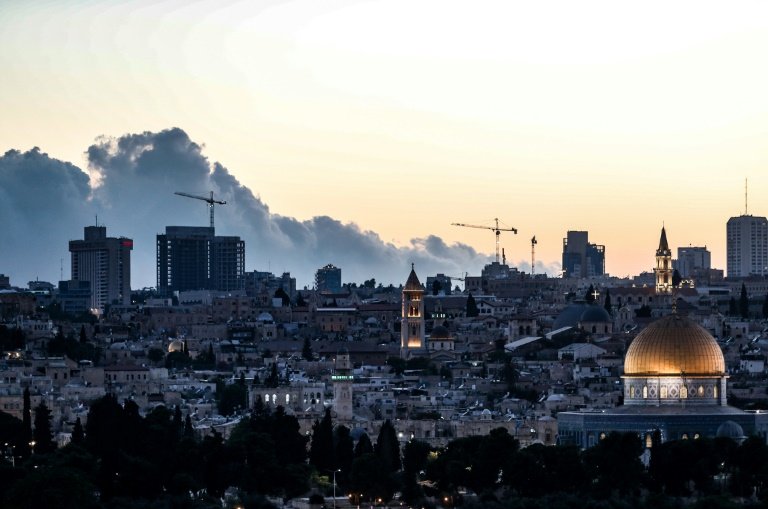 A smoke-filled sky from a forest fire in the Jerusalem mountains on August 15, 2021 / © AFP

The fire threatened the villages of Beit Meir, Shoeva, Kissalon, Guvat Yearim and Ramat Raziel west of Jerusalem, police said in a statement.

Residents were evacuated and several roads were blocked, the police added.

"This is one of the biggest fires in the Jerusalem area in years," Nissim Touitou, the region's fire chief, told a televised news conference.

Earlier, a spokesman for the Jerusalem fire service said strong winds were fanning the flames and called on firefighters from several regions to assist.

A fire that broke out in the same area over a week ago had been quickly brought under control. 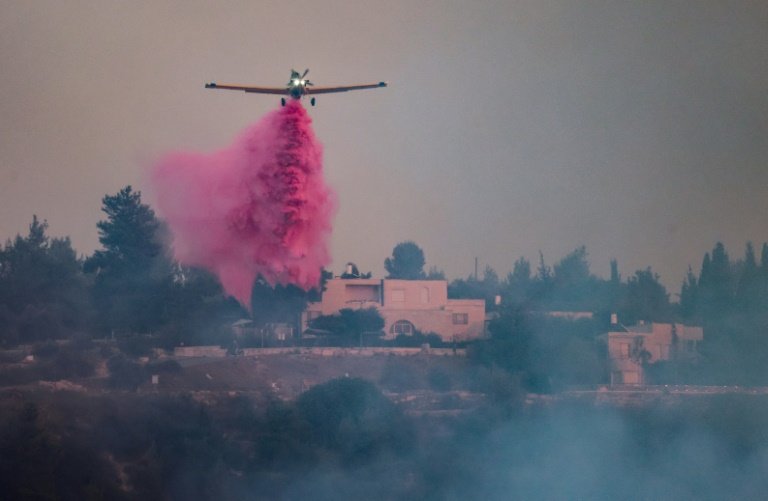 The cause of Sunday's fire was not yet known.

Yitzhak Ravitz, the mayor of Kyriat Yearim near the affected villages, told public radio his "town's doors are open ... to all families needing protection".

Several other Mediterranean countries have seen forest fires amid soaring temperatures in recent weeks, including Greece, Turkey and Algeria.