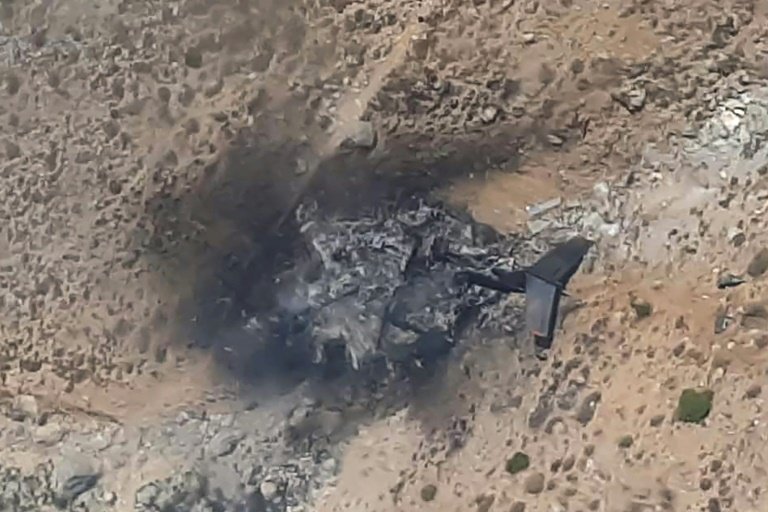 Turkey battled disaster on two fronts on Saturday with eight people dying when a fire-fighting aircraft crashed and rescuers racing to find survivors of flash floods in the north that have killed at least 55.

Ankara and Moscow announced that all eight people on the Russian plane had perished on the fire-fighting mission.

The air tragedy came just as Turkey was gaining control of hundreds of wildfires that killed eight people and destroyed swathes of forest along the scenic southern coast.

Scientists believe such natural disasters are becoming more intense and frequent because of global warming caused by polluting emissions.

Turkish Foreign Minister Mevlut Cavusoglu added: "Condolences to our nation and to the Russian people. This heroic sacrifice will not be forgotten." 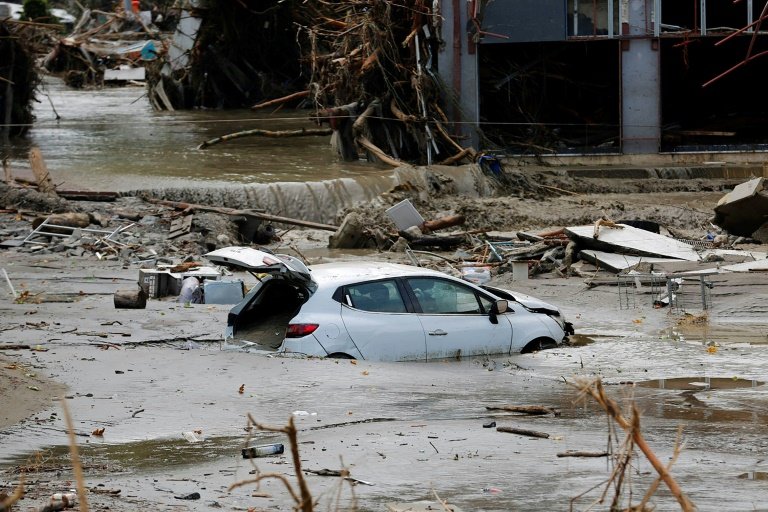 In Moscow, the defence ministry said five Russian servicemen and three Turkish citizens were on board the Russian Be-200 plane that went down around 1330 GMT.

Television footage showed a column of smoke rising from the remote mountainous zone in Turkey's south.

Turkey's defence ministry issued a statement saying the aircraft on loan from Russia had taken off from Adana to help extinguish fires burning in Kahramanmaras province.

A surveillance plane and a helicopter had been dispatched to the crash site, the ministry added.

Russian consular representatives and a defense ministry commission were reportedly on their way to the area.

on the floods front the official disaster agency AFAD said teams were combing through the rubble of dozens of homes that collapsed due to the floods that hit Black Sea regions on Wednesday after heavy rains. 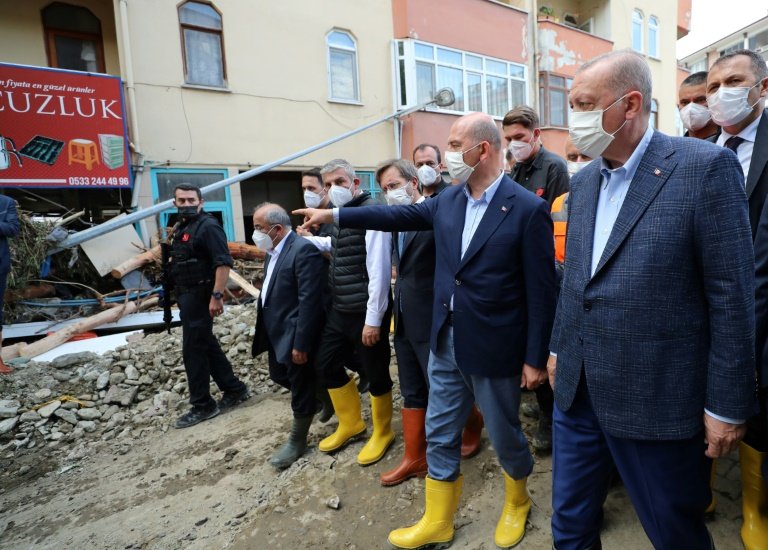 In the village of Babacay in the northern province of Sinop, 40 houses and two bridges were completely destroyed by the floods, according to state news agency Anadolu.

The latest official death toll published Saturday by AFAD stood at 55, with nine other people in hospital.

Turkey's emergence as a frontline country in the battle against climate change also poses a challenge to Erdogan two years before the next scheduled general election.

As the initial shock of the floods faded, so questions and criticisms arose.

Floods survivors accused local authorities of not giving them proper warning about the dangers of incoming storms.

Criticism has also been levelled at the fact several buildings were built in flood zones.

In Bozkurt in Kastamonu province, one eight-storey building constructed on the banks of the Ezine river collapsed.

The government -- which did not adopt the 2015 Paris climate accord -- has denied that the sudden rise in water levels was linked to a hydro-electric power station further up the river. Media had reported a water-retention dam may have ruptured.