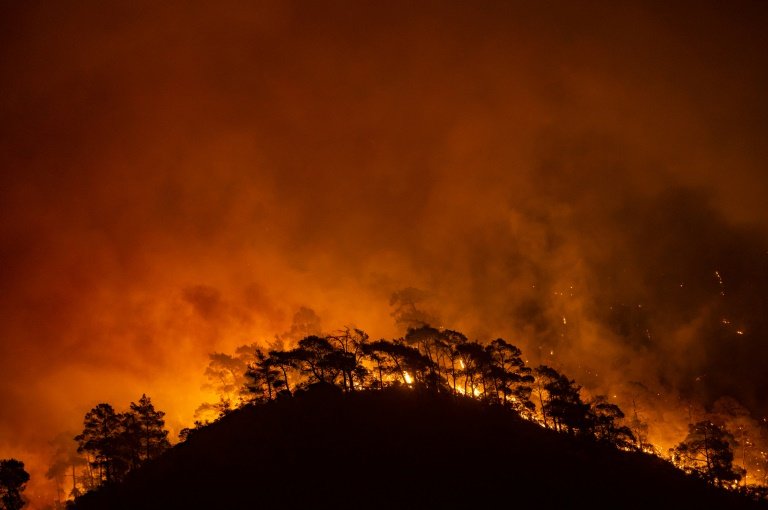 The European Union sent help to Turkey on Monday and volunteers joined firefighters in battling a week of violent blazes that have killed eight people and put pressure on President Recep Tayyip Erdogan.

The European Union sent help to Turkey on Monday and volunteers joined firefighters in battling a week of violent blazes that have killed eight people and put pressure on President Recep Tayyip Erdogan.

The fires tearing through Turkey since last Wednesday have destroyed huge swathes of pristine forest and forced the evacuation of panicked tourists from seaside hotels.

But they have also exposed Erdogan -- facing an election in two years that could extend his rule into a third decade -- to a new round of criticism over his seemingly sluggish and out-of-touch response.

The Turkish leader came under stinging condemnation for tossing bags of tea to locals while touring one of the most badly-affected regions under heavy police escort.

The government's disclosure that it no longer had firefighting planes at its disposal also sparked indignation on social media and from opposition leaders. 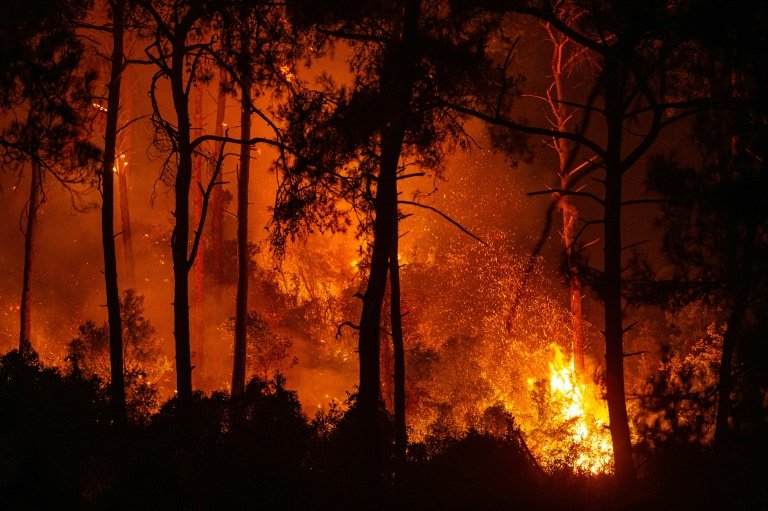 The wildfires have destroyed huge swathes of pristine forest / © AFP

Foreign Minister Mevlut Cavusoglu thanked Brussels on Monday for sending a water bomber from Croatia and two from Spain.

The European Union said it "stands in full solidarity with Turkey at this very difficult time" -- a message designed to show goodwill after more than a year of heated disputes.

Firefighters on Monday also battled local blazes on the Greek island of Rhodes and city of Patras as well as in parts of Italy and Spain.

Fanned by soaring temperatures and swirling winds -- with experts saying that climate change increases both the frequency and intensity of such blazes -- EU data show this year's fire season has been significantly more destructive than most.

Prime Minister Kyriakos Mitsotakis said Greece is suffering under its worst heatwave since 1987.

"We are no longer talking about climate change but about a climate threat," Greek Deputy Civil Protection Minister Nikos Hardalias said.

The Turkish presidency initially blamed the fires on arsonists that pro-government media linked to outlawed Kurdish militants waging a deadly insurgency against the state. 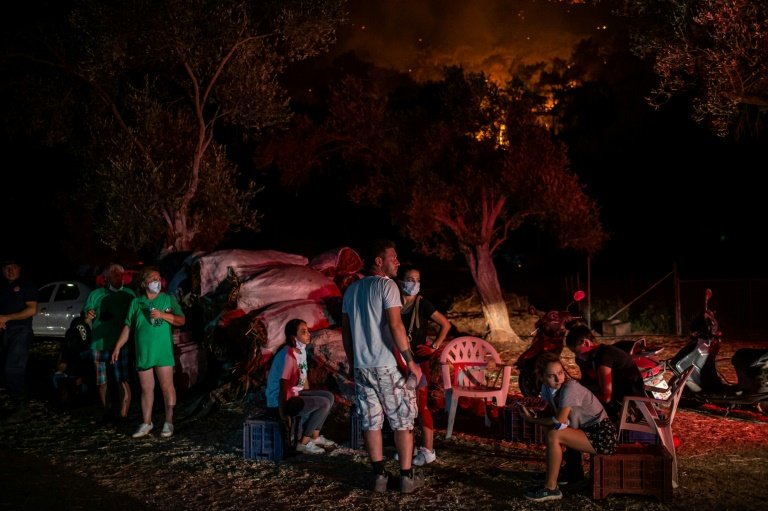 But that theory began being abandoned as the number of fires grew and the toll mounted.

Turkish Interior Minister Suleyman Soylu said his office was investigating all options but would draw firmer conclusions once the fires were out.

"We should avoid falling into the trap of polarising the situation," he said on a visit to one of the worst-hit coastal cities.

Turkey's forestry directorate reported more than 130 fires in dozens of towns and cities across the country in six days.

It said seven -- most of them not far from the southern resort cities of Antalya and Marmaris -- continued to burn on Monday.

An AFP team in Marmaris on the Aegean Sea saw flames over the crests of forest-covered hills.

The night sky glowed amber and the smoke-filled air was hard to breathe in stifling heat of around 40 degrees Celsius (104 degrees Fahrenheit). 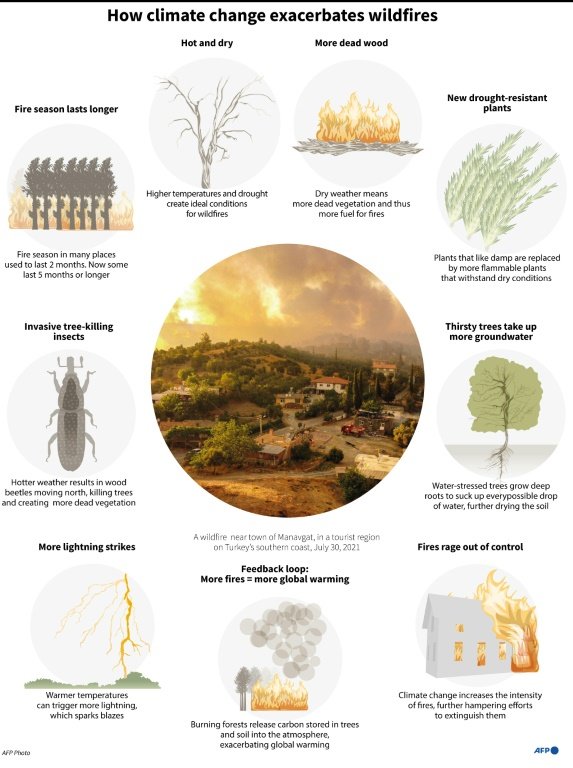 "This is a disaster," resident Evran Ozkan said at a makeshift centre set up to help firefighters rest and recover by the side of a road leading to the burning hills.

"Like me, many inhabitants of Marmaris cannot put their heads on their pillow to sleep peacefully while these fires burn," Ozkan said.

Firefighters with flashlights on their foreheads sat eating and drinking bottled water that locals gathered from neighbouring towns.

Emergency rescue boats stood on standby by the Marmaris shoreline to evacuate anyone should the fires spread and the town be cut off.

"We must be responsible for our land to prevent our future from burning," said Ozkan, "but the situation is really bad now."