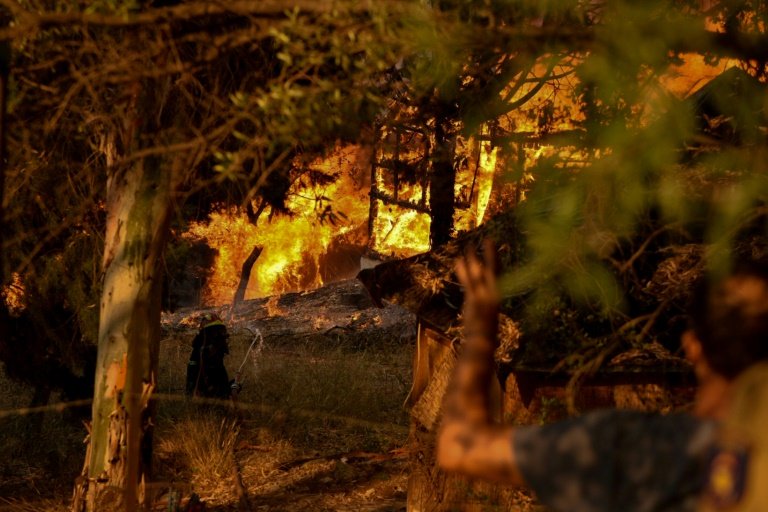 Nearly 300 firefighters, two water bomber planes and five helicopters were battling Sunday to put out a forest fire in Greece that has so far destroyed around 20 homes and injured eight people, authorities said.

Five villages have been evacuated and eight people hospitalised with burns and respiratory problems since the fire broke out early Saturday near Patras, in the Peloponnese, about 210 kilometres (130 miles) west of Athens, the firefighting service said.

A motorway in the region was shut down as was the Rio-Antirrio bridge across the Gulf of Corinth connecting the Peloponnese and mainland Greece, the ANA news agency reported.

Hospitals in Patras and the neighbouring city of Aigio were put on notice to admit any injured people, while the coastguard has been on standby to rescue any swimmers overcome by smoke.

According to the civil protection agency, 58 forest fires have broken out over the past 24 hours, although most were quickly brought under control.

Greece is hit by forest fires every summer, but experts have warned that global warming increases both their frequency and intensity. 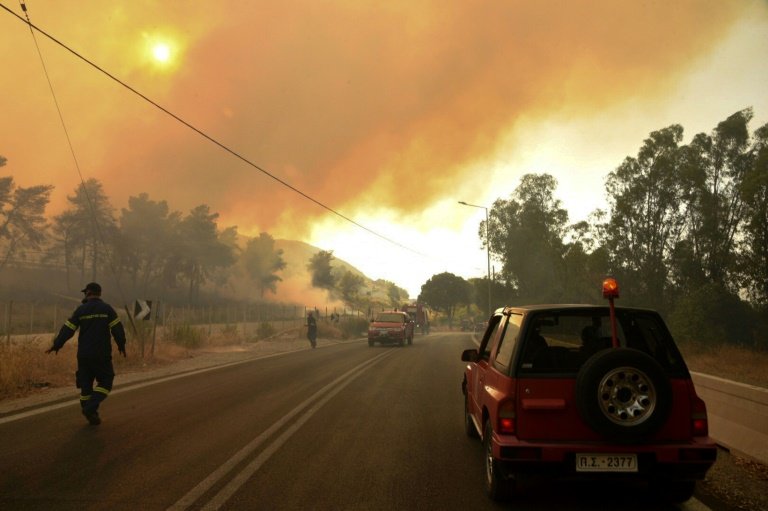 According to the civil protection agency, 58 forest fires have broken out over the past 24 hours, although most were quickly brought under control / © Eurokinissi/AFP/File

The country has been in the grip of another heat wave since Friday, with temperatures hovering between 42 and 44 degrees Celsius (111 Fahrenheit), weather forecasters say.

Several days ago, a fire ravaged Mount Penteli, close to the capital Athens, but caused no casualties.

It was the same area where a fire in July 2018 claimed 102 lives in Greece's worst-ever toll from a forest inferno.