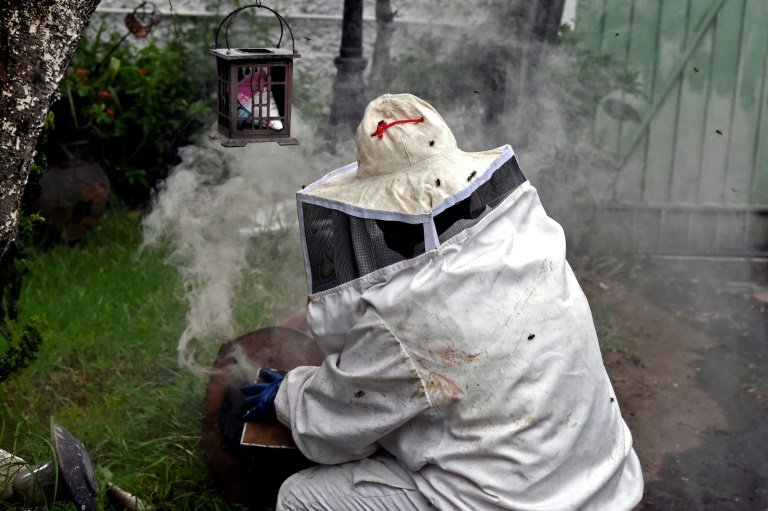 Adriana Veliz whispered affectionately as she removed a colony of bees from inside a statue in a Mexican backyard -- part of her mission to help save them from extinction.

"Relax babies, relax. You'll be fine," the 32-year-old veterinarian said as the bees swarmed around her and clung to the white suit she wore to protect against their stings.

Veliz's bee protection organization Abeja Negra SOS carries out more than 200 such rescues a year to protect the insects from dangers such as humans and pesticides.

The five-woman team offers its services for free to help safeguard the bees, which Veliz said play a vital role including in pollination that enables crops to reproduce.

"Basically they keep an ecosystem in balance," she said.

Despite their importance, some people kill bees they find in their homes or offices because they are afraid of being attacked, Veliz said. 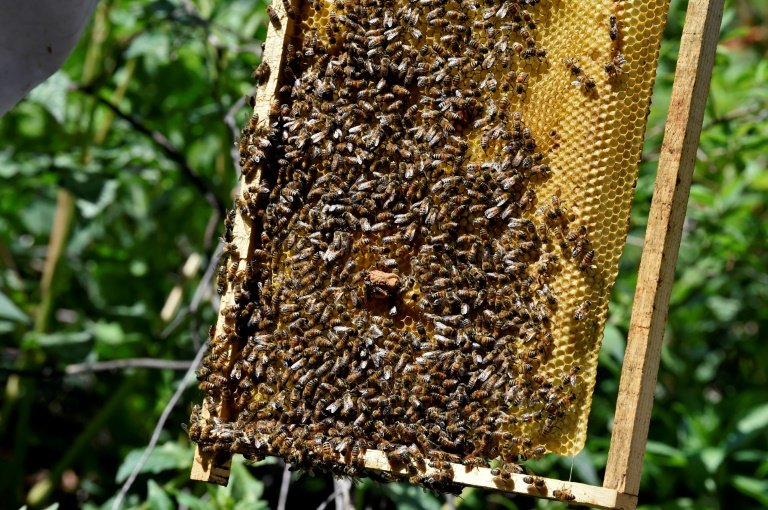 Lying on the grass, she stretched her arm as far as she could inside the 1.5-meter (five-foot) concrete statue where the bees made their hive in Naucalpan near Mexico City.

Her partner Luz Millan puffed smoke at the insects to neutralize the pheromones they use to communicate, and sprinkled water on them to make it harder to fly.

After removing the colony, home to the Apis mellifera species of honey bee, the team took it to an apiary on a mountain outside the urban sprawl of Mexico City.

Moving the insects is no easy task.

Recently, Veliz and her team had to demolish the wall of a house to get to the bees inside.

"It's dangerous because the bees defend their hive. Their queen orders them with pheromones when to attack," Veliz said.

Abeja Negra SOS, which was founded in 2018, is not only saving bees -- it is also empowering women, her colleague Millan said.

"We don't need a man to do these jobs. Women aren't only here to do delicate things," she said. 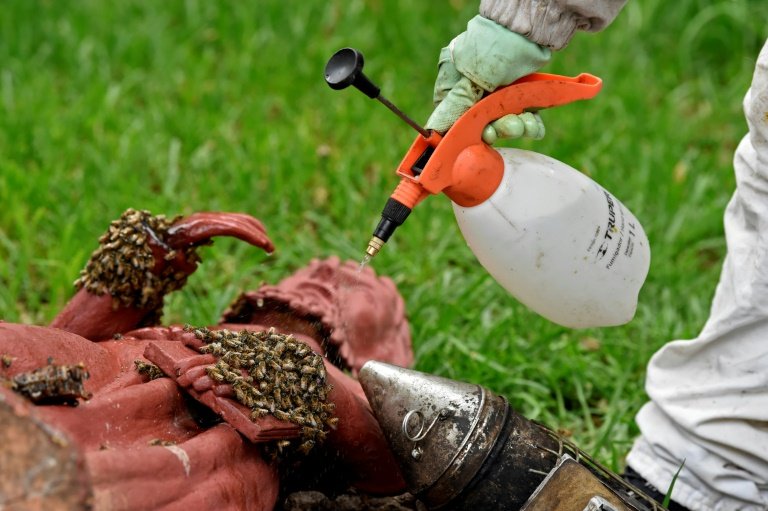 Mexico is home to nearly 2,000 bee species and, like in many countries, environmentalists are concerned for their future.

More than a third of Mexico's Apis mellifera bee colonies were lost in 2020, according to Adriana Correa, a researcher at the National Autonomous University of Mexico.

The use of toxic agrochemicals and the impact of climate change on flowering cycles have taken their toll on the species, she said.

"If they die, humans are not far from suffering the same fate. They are a vital indicator for humanity," Correa warned. 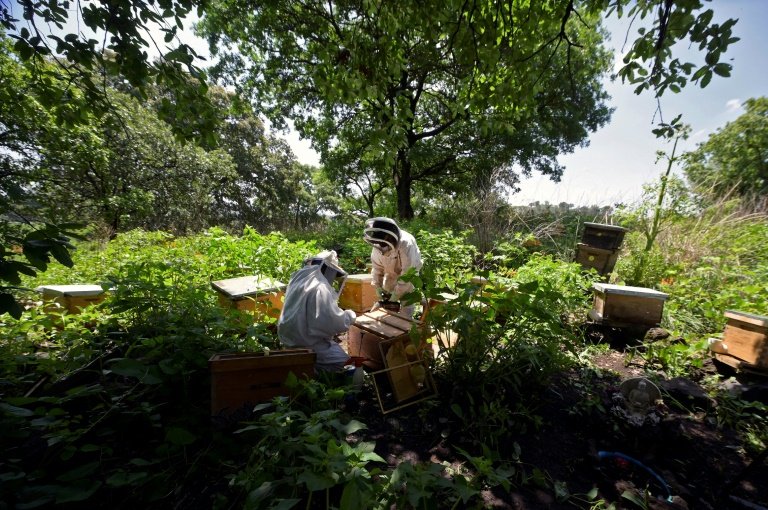 For years the bees living in the statue caused no trouble, but a few weeks ago they began stinging the house's residents.

"We wanted them to be taken away alive and be treated as well as possible," she added.

In the mountainside apiary, Veliz, who describes herself as a "guardian of the bees," proudly showed off a dozen rescued hives, each of which can contain up to 80,000 specimens.

"You'll be fine here," she told the bees as she sprinkled sugar in their new home.