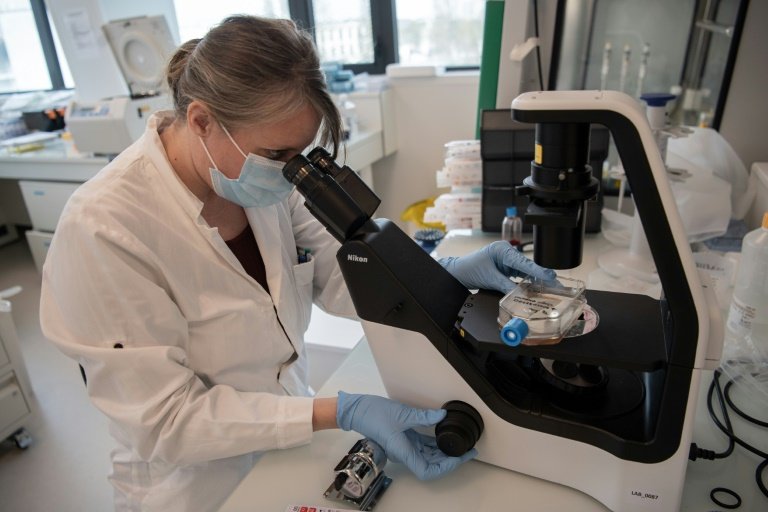 A biologist at OSE Immunotherapeutics pharmaceutical lab works on a program to develop a vaccine against Covid-19 on March 31, 2021 in Nantes, France. / © AFP

Harvard business professor Rem Koning studies how bias hurts innovation. But three years ago, his research hit too close to home when his wife, suffering from a rare post childbirth condition, couldn't find treatments designed with new mums in mind.

"It came out of nowhere. And the whole thing was a lot more scary than I think it needed to be," Koning told AFP about the diagnosis of postpartum preeclampsia, which is characterized by high blood pressure.

The couple were also disappointed by the quality of tech products aimed at mothers -- and realized it might be because most medical innovations were designed by men who dismissed or overlooked women's needs.

These experiences led Koning to conduct a machine learning text analysis of more than 440,000 US biomedical patents filed from 1976 to 2010, the results of which were published Thursday in the journal Science.

By tracking inventors' names and tying them to patents, Koning and his colleagues John-Paul Ferguson and Sampsa Samila found patents filed from all-female inventor teams were more than 35 percent more likely to focus on the health of women.

Teams that were majority female were 18 percent more likely to make products with women in mind.

These patents were aimed at solving problems that affect women either specifically -- like menopause or preeclampsia -- or disproportionately, such as fibromyalgia.

Then there are conditions like atrial fibrillation that affect women differently, from risk factors to symptoms and even treatments.

But while the impact of women innovators on women's health products was significant, their representation was small. 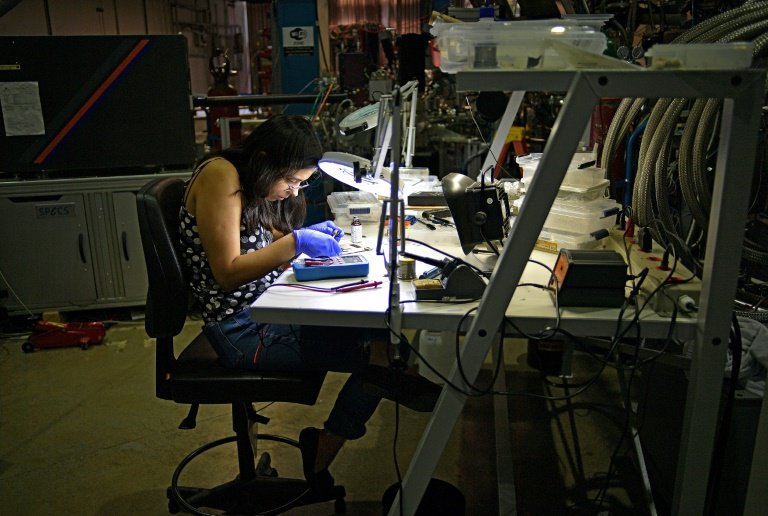 A woman works on the contacts of a super conductor related to a particle UVX second-generation accelerator in Sao Paulo, Brazil, on September 13, 2019 / © AFP

Women inventors represented 25 percent of the patents filed over the three decades analyzed -- and the team estimated that if patents were invented equally during the period studied, there would be about 6,500 more female-focused inventions on the market.

"Sadly, prior research has shown that women account for a minority of patents in the US, both in biomedicine and across other fields, too" Koning said. "So, we weren't surprised but still disappointed by how little the numbers had changed."

Despite years of improvement, women make up only 27 percent of all US STEM workers, according to census data -- and the gap in future products benefiting women's health needs will likely persist.

Writing in a related commentary, Fiona Murray, who researches innovation and inclusion at the Massachusetts Institute of Technology, argued that innovators from diverse backgrounds identify research blind spots and improve the lives and health of more people.

For example, African American ophthalmologist Patricia Bath was granted a patent in 1988 for a laser-based cataract removal system.

The invention not only benefited women, who suffer disproportionately from the eye disease, but ultimately everyone else.

From a business perspective, Koning said a dearth of women inventors can negatively impact an economy struggling to recover from the effects of a global pandemic.

"When women don't get to invent or start new companies, we lose new ideas, new technologies and so end up with slower economic growth," he said. "Not only does society lose out on the ideas discovered by women, but women consumers are especially disadvantaged."

On the other hand, Koning said not all inventors are guided by gender identity, and sometimes male inventors invent products for women, for example. Their study was also limited in its binary analysis of sex and gender.

"Unfortunately, the limitations of our data prevent us from delving deeper into the complex ways gender and sex are related," he explained.

"Though my sense is that our findings suggest that transgender/nonbinary research is likely also overlooked given the barriers such researchers face in society and in the sciences."