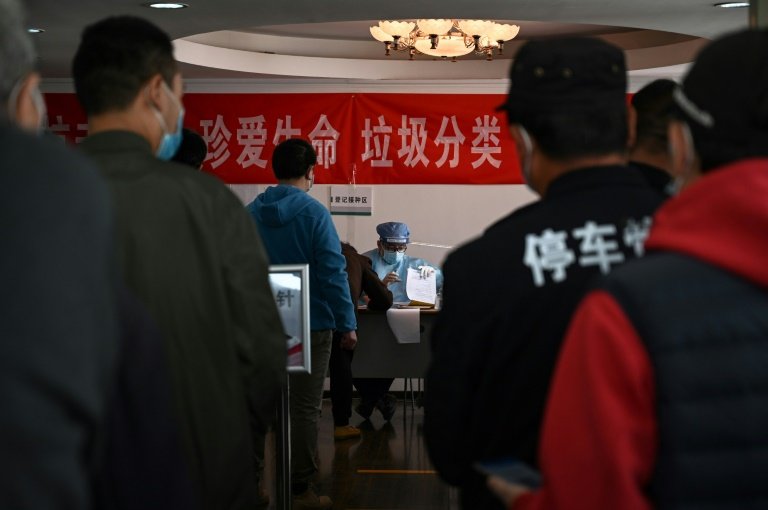 China is considering the mixing of different Covid-19 vaccines to overcome the relatively low efficacy of its existing options, according to a top health expert / © AFP

China is considering the mixing of different Covid-19 vaccines to improve the relatively low efficacy of its existing options, a top health expert has told a conference.

Authorities have to "consider ways to solve the issue that efficacy rates of existing vaccines are not high", Chinese media outlet The Paper reported, citing Gao Fu, the head of the Center for Disease Control and Prevention.

His comments mark the first time a top Chinese expert has publicly alluded to the relatively low efficacy of the country's vaccines, as China forges ahead in its mass vaccination campaign and exports its jabs around the world.

China has administered around 161 million doses since vaccinations began last year -- most people will require two shots -- and aims to fully inoculate 40 percent of its 1.4 billion population by June.

But many have been slow to sign up for jabs, with life largely back to normal within China's borders and domestic outbreaks under control.

Gao has previously stressed the best way to prevent the spread of Covid-19 is vaccination, and said in a recent state media interview that China aims to vaccinate 70 percent to 80 percent of its population between the end of this year and mid-2022.

At the conference in Chengdu on Saturday, Gao added that an option to overcome the efficacy problem is to alternate the use of vaccine doses that tap different technologies.

This is an option that health experts outside China are studying as well.

Gao said experts should not ignore mRNA vaccines just because there are already several coronavirus jabs in the country, urging for further development, The Paper reported.

Currently, none of China's jabs conditionally approved for the market are mRNA vaccines, but products that use the technology include those by US pharma giant Pfizer and German start-up BioNTech, as well as by Moderna.

China has four conditionally approved vaccines, whose published efficacy rates remain behind rival jabs by Pfizer-BioNTech and Moderna, which have 95 percent and 94 percent rates respectively.

Sinopharm's vaccines have efficacy rates of 79.34 percent and 72.51 percent respectively, while the overall efficacy for CanSino's stands at 65.28 percent after 28 days.