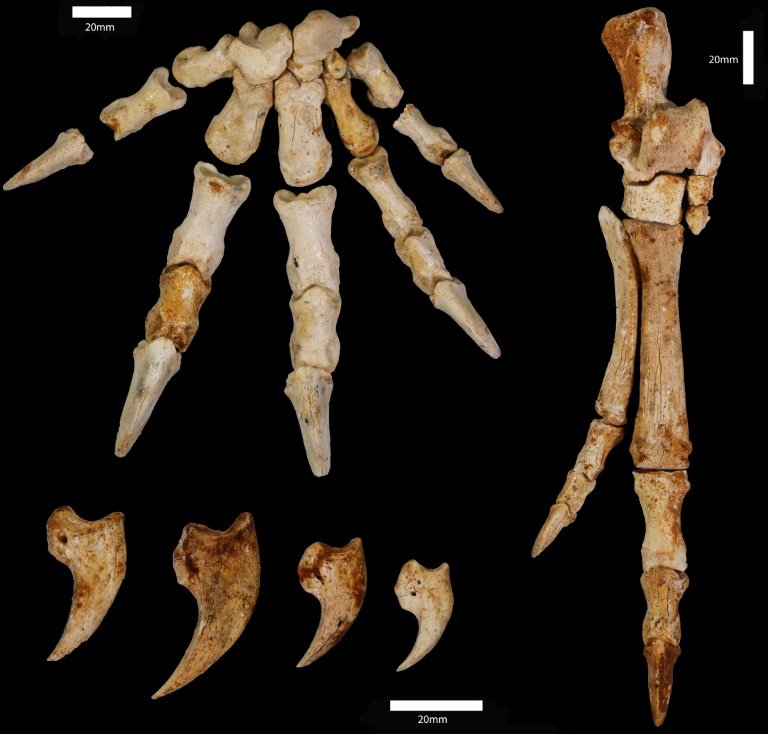 The most remarkable thing about the nearly perfect fossils was not that they belonged to 40-kilo kangaroos that mysteriously evolved to climb trees, though that was remarkable enough.

What really startled paleontologists is that southwestern Australia's Nullarbor Plain, site of the discovery, is a treeless shrubland and was thought to be that way even when the newly named Congruus kitcheneri hopped -- and, apparently, climbed -- across its reaches some 50,000 years ago.

The barren, slug-shaped region -- 1,100 kilometres (700 miles) from head to tail -- is even bookended by road signs that say, in all capital letters, "END OF TREELESS PLAIN".

"I remember looking at the bones on the hands and the feet with their big, curved claws and saying to my colleague, 'You're probably not going to believe me, but I think it was climbing trees!'" recalled Natalie Warburton, a researcher at the Centre for Climate-impacted Terrestrial Ecosystems at Murdoch University in Perth.

With the exception of distant cousins in the tropical canopy of New Guinea, the 60-odd living species of kangaroos, wallabies and other marsupials in the family macropodidae -- all descendents of tree-dwelling, possum-like ancestors -- have long since evolved to make their way on terra firma.

But the find, Warburton added, "also tells us that the habitat and environment in the area over the last 50,000 to 100,000 years were really different to what they are now, and perhaps different to what we might have previously interpreted for that time based on geological and botanical evidence".

The fossils, in sum, are "completely incongruous" with expected behaviour and ecology.

Strictly speaking, Warburton and her colleague Gavin Prideaux, a paleontologist at Flinders University in Adelaide, were not the first fossil hunters to unearth this oddball roo. 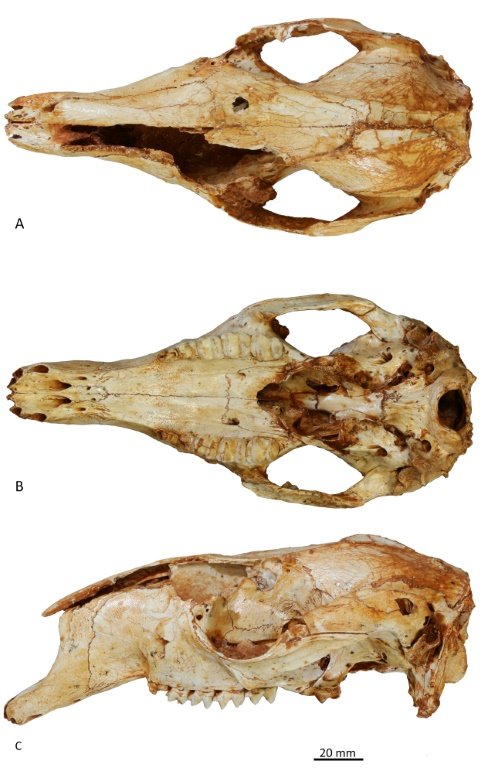 ith two full skeletons to work with -- one male, one female -- Warburton and Prideaux where able to reclassify what had been Wallabia kitcheneri as Congruus kitcheneri / © MURDOCH UNIVERSITY/AFP/File

But the earlier specimen of the same species has been incorrectly slotted into a taxonomic bracket based on a few partial teeth and the fragment of an upper jaw.

With two full skeletons to work with -- one male, one female -- Warburton and Prideaux were able to reclassify what had been Wallabia kitcheneri as Congruus kitcheneri, a sub-genus up to now occupied by a single species, also extinct.

Exactly what pushed these big-boned creatures to evolve arboreal skills is unknown.

"Tree climbing would have required a lot of energy and big muscles to hoist itself up," Warburton said.

"There must have been some pretty good food resources in the trees to make that worth doing."

The fossils turned up in the Thylacoleo Caves, named after lion-like marsupial carnivores that lorded over the region for nearly two million years until going extinct at about the same time as the tree-climbing kangaroo. 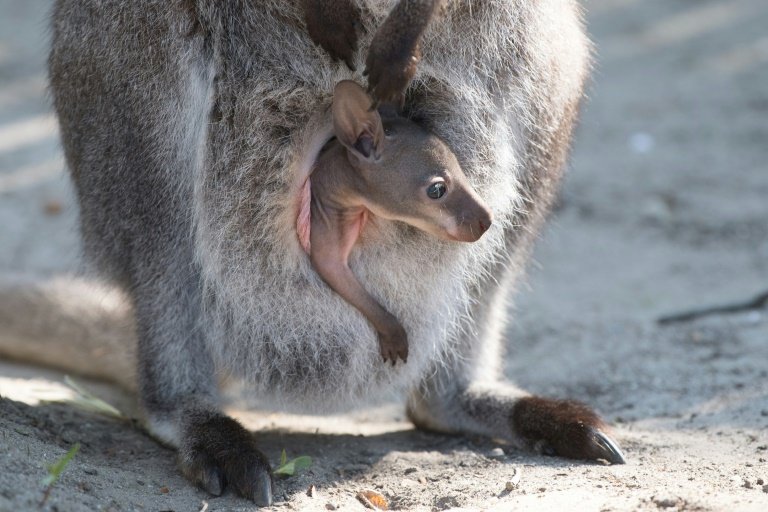 Mammals living on the Nullarbor Plain include the southern hairy-nosed wombat, which shelters from the hot sun by burrowing into the sands, as well as red kangaroos and dingoes / © dpa/AFP/File

Exactly why the menagerie of megafauna that populated Australia's sun-scorched landscape -- including giant wombats, one-tonne marsupials and croc-sized lizards -- almost all died out at about the same time is a subject of hot debate.

For a long time a dramatic change in climate was thought to be the main culprit, but more recent research tracking the movement of early humans across the continent suggests they are to blame.

The Nullarbor Plain -- historically occupied by Indigenous Australian peoples -- has a desert-like climate, daytime temperatures in summer close to 50 degrees Celsius (122 Fahrenheit), and winter nights that can drop well below freezing.

Current mammals include the southern hairy-nosed wombat, which shelters from the hot sun by burrowing into the sands, as well as red kangaroos and dingoes.