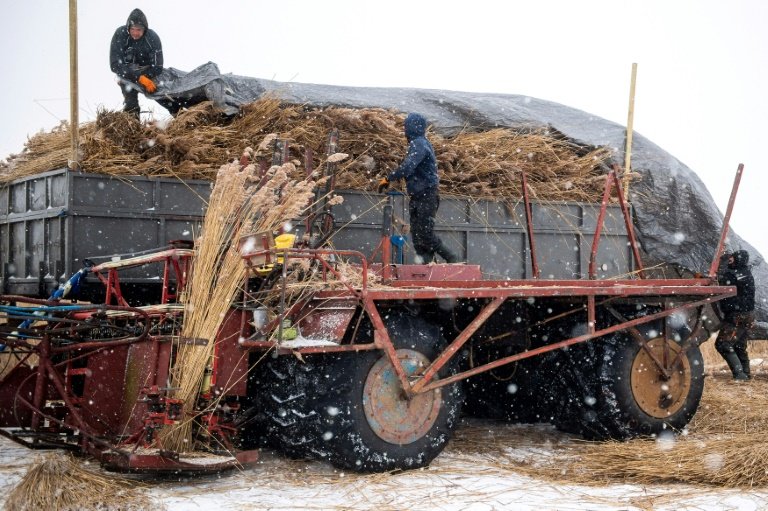 In a snowstorm on the Vistula River lagoon near Poland's Baltic coast, a special harvester is cutting down reeds destined for export across Europe for use on traditional and sustainable thatched roofs.

"We've been making reed roofs since the dawn of time," said Ryszard Zagalski, owner of a reed farm in the northern village of Jagodno, near the city of Elblag.

"Wherever there were waterways and fields of reeds, the reeds were used to cover roofs because they make for very good insulation: high quality and cheap," he told AFP.

"But for years now they have been somewhat forgotten as a roofing material -- wrongly equated with poverty. The job of a reed roofer has practically disappeared since the 1950s." 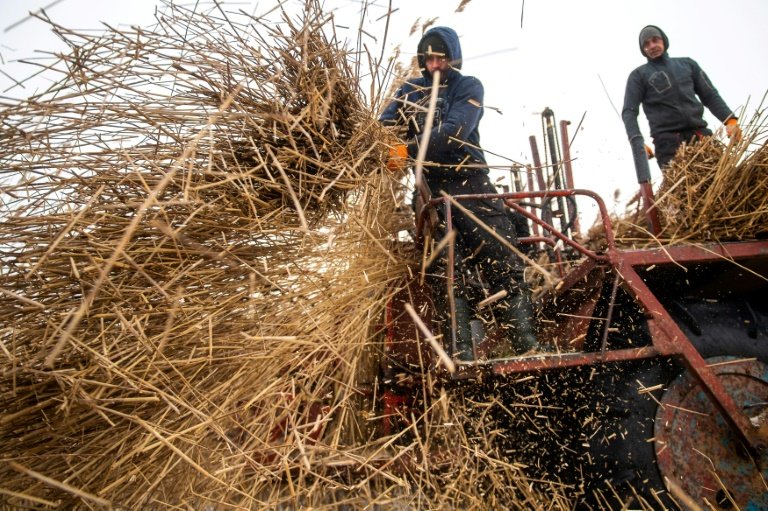 Reed roofs are famous for their durability and thermal insulation / © AFP

Yet not only do reeds make for good natural insulation, they are also very durable.

"I have seen almost centuries-old reeds used in roofs in Sweden. If you are using reeds the right way, in normal circumstances the roof should last more than 50 years as long as it is maintained regularly," Zagalski said.

Before the reeds can be used on roofs, they have to be a year old, straight and thin.

It takes three people to work the harvester, which covers many kilometres on the banks of the Vistula River lagoon.

One worker drives, another collects the ready-made bundles while a third loads them on. Once at the warehouse, the reeds are sorted and quickly sent to clients. 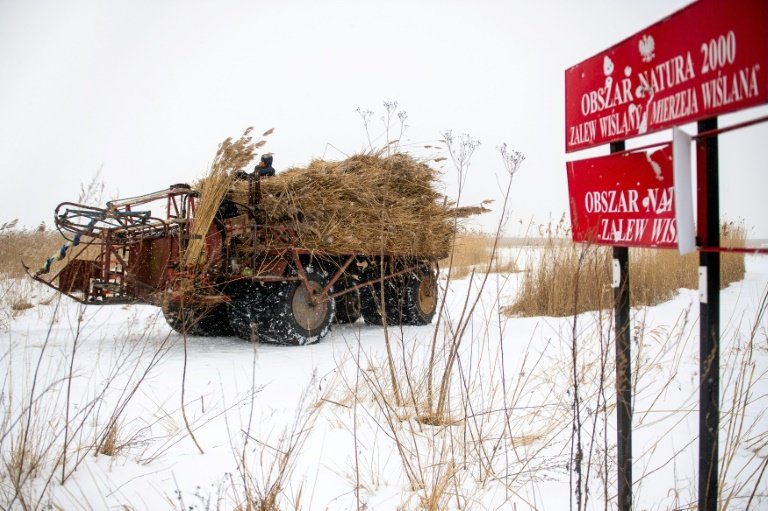 It takes three people to work the harvester / © AFP

Like other sectors, the reed industry has seen considerable competition from China.

"There was a time when Chinese reeds took over and destroyed the European market," Zagalski said.

"Some of my colleagues were not able to withstand the competition."

Today there are up to 10 reed farms in Poland.

Most of the product ends up abroad. Zagalski exports his reeds to Germany, the Netherlands, Denmark, Sweden.

In addition to their longevity, they are also 100 percent eco-friendly and biodegradable.

"When the time comes to remove the reeds from the roof, all you have to do is take them to a field, bury them in the ground and they are recycled," Zagalski said.

"I don't think anyone has yet thought up a way of recycling the materials that we use in the magnificent roofs that we make today and that will definitely cause major issues."