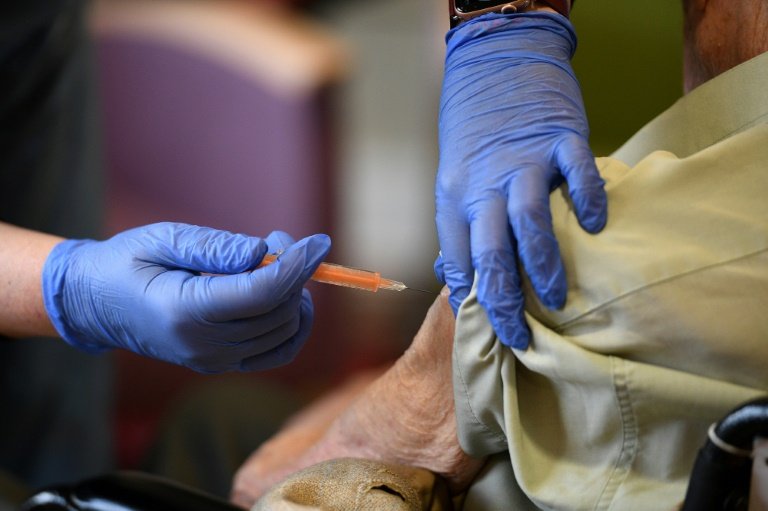 Handelsblatt economic daily had reported Monday that Berlin had estimated the efficacy of the jab among over-65s was just eight percent, citing unnamed sources.

Separately, Bild daily quoted anonymous sources saying that Berlin did not expect the vaccine -- developed with Oxford University and set to get the green light from the EU this week -- would receive a licence for use in the elderly. It quoted an efficacy rate of "less than 10 percent".

But Germany's health ministry said Tuesday it "appears that two things have been mixed up in the reports."

"Around eight percent of the volunteers in AstraZeneca's efficacy studies were around 56 and 69 years old and three to four percent are above 70 years old," said the ministry.

"However, this does not mean that it is effective only in eight percent of older people," it added.

The health ministry added that European regulator EMA will evaluate the effectiveness of the vaccine.

"It has been known since the autumn that fewer older people were involved in AstraZeneca's first studies than in other manufacturers'," it said.

The company also rejected the German media reports as erroneous.

"Reports that the AstraZeneca/Oxford vaccine efficacy is as low as eight percent in adults over 65 years are completely incorrect," the firm said in a statement late Monday.

"In November, we published data in The Lancet demonstrating that older adults showed strong immune responses to the vaccine, with 100 percent of older adults generating spike-specific antibodies after the second dose," it added.

AstraZeneca CEO Pascal Soriot told Germany's Die Welt newspaper on Tuesday he had "no idea" where the false claim came from, saying it was incredulous to think regulators would approve a vaccine that had an efficacy of just eight percent.

He also hit back in a growing row with the European Union that erupted after AstraZeneca last week announced a delay in delivering millions of doses of its Covid-19 vaccine over unexplained "reduced yields" in its European supply chain.

The EU on Monday issued an angry warning, saying it would take "any action required to protect its citizens and its rights".

AstraZeneca's Soriot told Welt that the pharma company has a "best effort" agreement with the bloc to deliver a certain number of doses by a certain time, but was not contractually bound by it.

He also said that Britain, which is further along in its vaccine drive, had signed a deal for the jabs three months before Brussels did, which had allowed for more time to iron out supply issues.

The EU has currently authorised two vaccines for widespread distribution, manufactured by BioNTech/Pfizer and Moderna.

It was set to add the AstraZeneca vaccine this week, on the understanding that it would be already on hand and available for immediate rollout.