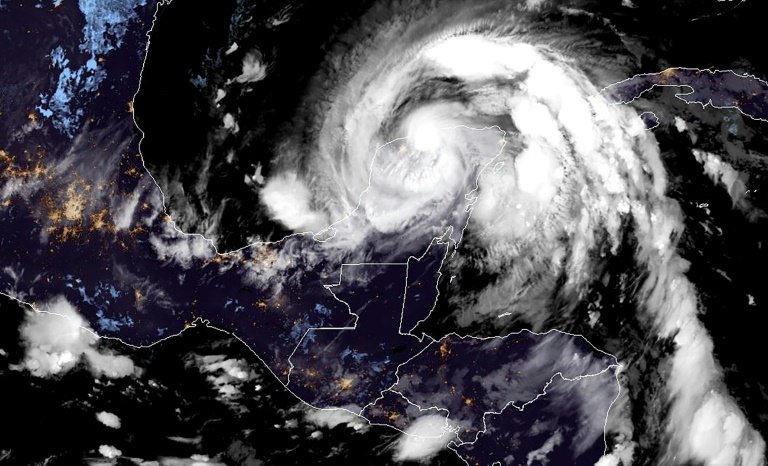 Hurricane Zeta brought strong winds and heavy rains to Mexico's Caribbean coast before weakening to a tropical storm Tuesday and heading towards the United States.

There were no reports of deaths or significant damage after Zeta made landfall near the resort town of Tulum late Monday, the second hurricane to hit the Yucatan Peninsula this month.

Zeta had strengthened in the Caribbean from a tropical storm into a Category 1 hurricane -- the weakest on a scale of five -- but it lost strength as it moved over land and headed towards the Gulf of Mexico.

At 1200 GMT, the storm was located near the northern coast of the Yucatan Peninsula, packing maximum sustained winds of around 70 miles (110 kilometers) per hour, the US National Hurricane Center (NHC) said. 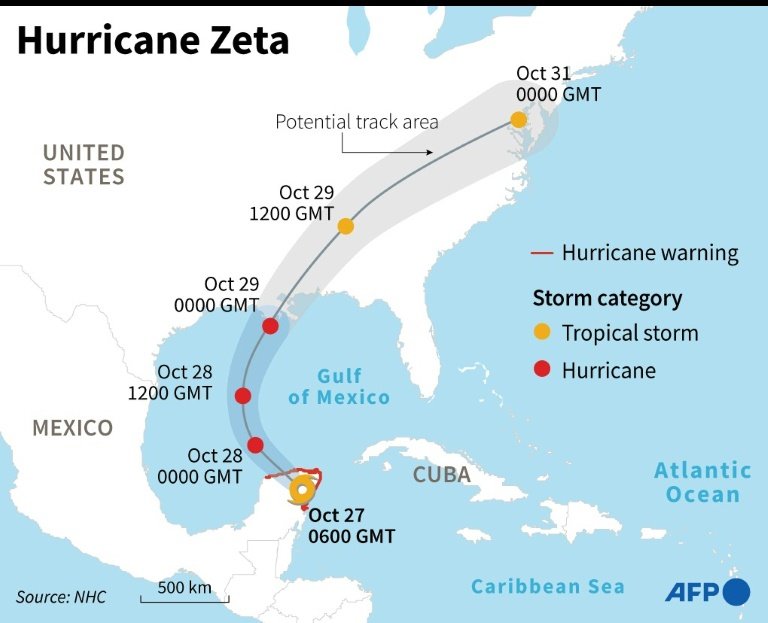 Airports were operating and hospitals were unaffected, he said.

"Work is being done to restore public services that were lost in some cities and neighborhoods," Joaquin added.

Authorities had warned residents and tourists to stay indoors and opened shelters for people who felt unsafe at home.

People had stocked up on groceries as well as wood and tape to cover their windows, while motorists lined up to buy gasoline.

"It's better to be prepared because with Wilma (a Category 5 hurricane that hit in 2005) we suffered a lot with no water, electricity or anything to eat," said Cancun resident Lucia Castro.

The storm is expected to make landfall in the United States by Wednesday night, the Miami-based NHC said.

"Zeta is forecast to be at or near hurricane strength when it approaches the northern Gulf Coast," it added.

On October 7, Hurricane Delta hit the Yucatan Peninsula as a Category 2 storm, toppling trees and ripping down power lines, but without causing any deaths.

Thousands of tourists were forced to spend the night in emergency shelters along the Riviera Maya coastline.

Zeta is the 28th storm of an unusually active Atlantic hurricane season.

In September, meteorologists were forced to use the Greek alphabet to name Atlantic storms for only the second time ever, after the 2020 hurricane season blew through their usual list, ending on Tropical Storm Wilfred.

Scientists say there will likely be an increase in powerful storms as the ocean surface warms due to climate change.