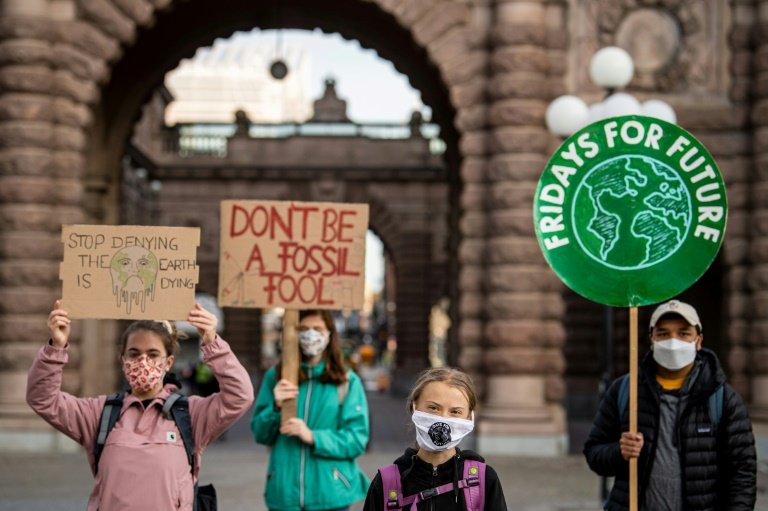 Thousands of young people across Europe joined a global day of climate protests on Friday, many wearing masks and keeping their distance against the coronavirus.

The rallies marked the resumption of street protests by the "Fridays for Future" movement, which had kept its actions mainly online in recent months because of the pandemic.

The goal was to "build up this pressure on people in power so that something happens", the 17-year-old said outside the Swedish parliament, wearing a white mask emblazoned with the Fridays for Future logo.

With Sweden's coronavirus rules limiting crowd sizes to 50 people, Thunberg said the demonstrations would "focus on being few people in many places and keeping distance."

Posting pictures from protests held around the world Thunberg later tweeted satisfaction with the response.

"What a huge success! With masks and socially distant, hundreds of thousands returned to the streets, demanding climate action, in over 3200 places on all continents, including Antarctica!

"The fight for a future doesn’t end here. This is just the beginning," wrote Thunberg. 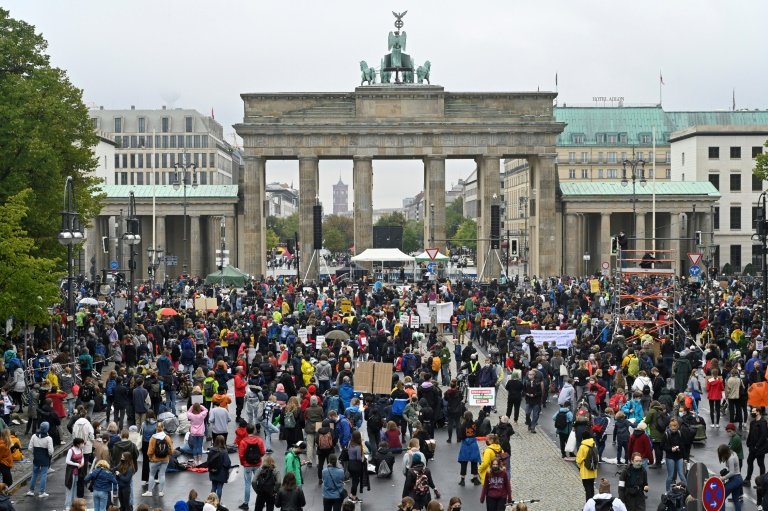 In Germany, police said some 10,000 protesters braved the rain to gather at Berlin's Brandenburg Gate. Organisers estimated the figure to be twice as high.

Demonstrators clutched umbrellas and carried signs to highlight the climate crisis, while some scribbled messages on their face masks such as "Not a single degree more" and "Unite behind the science".

A Berlin police spokeswoman said participants were adhering to hygiene regulations imposed to contain the virus spread, with many demonstrators standing or sitting at least 1.5 metres apart.

Elsewhere in Germany, some 7,000 people turned out in the western city of Cologne while the cities of Freiburg and Hamburg each drew around 6,000 demonstrators.

Bad weather across the country however was believed to have dampened the overall turnout somewhat.

A large protest planned in the southern city of Munich had to be cancelled because of a regional spike in coronavirus infections, and was replaced by a smaller event outside the city centre.

Climate strike organisers in Austria said that 6,000 people had attended a demonstration in the capital Vienna despite heavy rain and organisational hurdles posed by the Covid-19 pandemic. 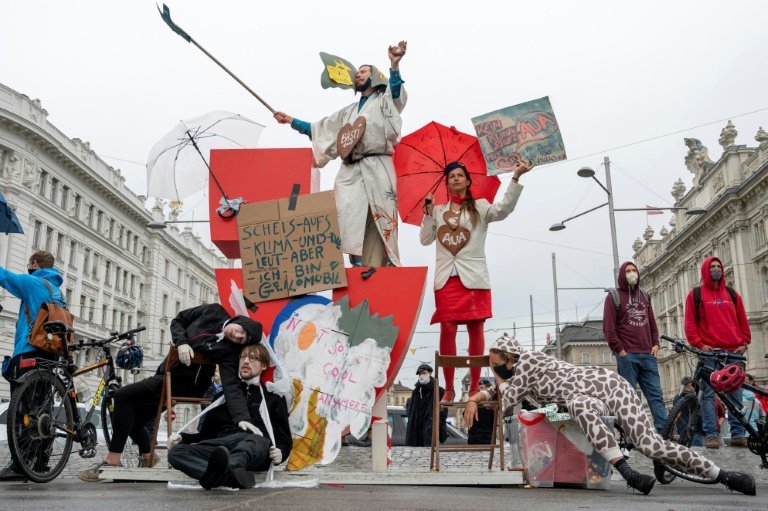 Protest organisers said that a further 2,000 people had rallied in other parts of Austria using the slogan: "Masks up, emissions down!"

"We don't know when the pandemic with be over but we do know that the climate crisis is getting worse every day and is endangering human rights," said Vienna-based activist Klara Butz.

"Who is going to demand our right to a liveable future, if not us?" she asked.

Greenpeace meanwhile marked the day by releasing a photo recently taken in the Arctic of 18-year-old ornithologist Mya-Rose Craig, known as "birdgirl".

She is pictured standing on an ice floe holding a poster reading "Youth Strike for Climate" -- in what the environmental campaign group said was the world's most northerly climate strike.

"I'm here because I want to see for myself what's at stake as this crucial protector of the planet, the Arctic Ocean, melts away at a terrifying rate," she said from the Svalbard archipelago in a statement.