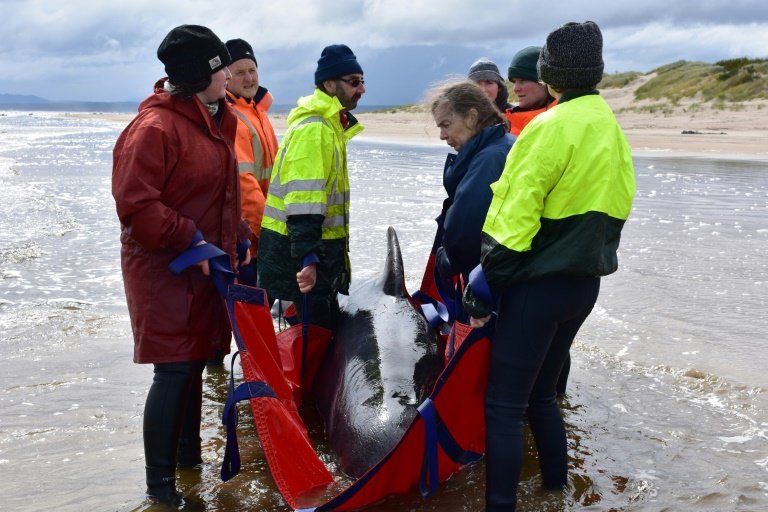 94 of the 470 whales stranded on the south coast of Australia were saved. Removal and disposal of over 350 carcasses must begin.

After days wading through chilly waters, surrounded by the pained cries of hundreds of stranded whales on Australia's south coast, rescuers faced the grim task Friday of disposing of the carcasses.

"With this one, we are dealing with something unique, we haven't dealt with a stranding of this type before," Carlyon said, adding the offshore rescue of such a large number was particularly unusual.

Tasmania Parks and Wildlife lowered its estimate of the death toll from 380 to 350 on Friday, and rescuers remained hopeful they could save up to 20 more of the creatures.

But the focus was shifting to how to dispose of the carcasses as quickly as possible over fears the decomposing corpses could damage the environment in Macquarie Harbour, drift into the paths of boats or attract sharks. 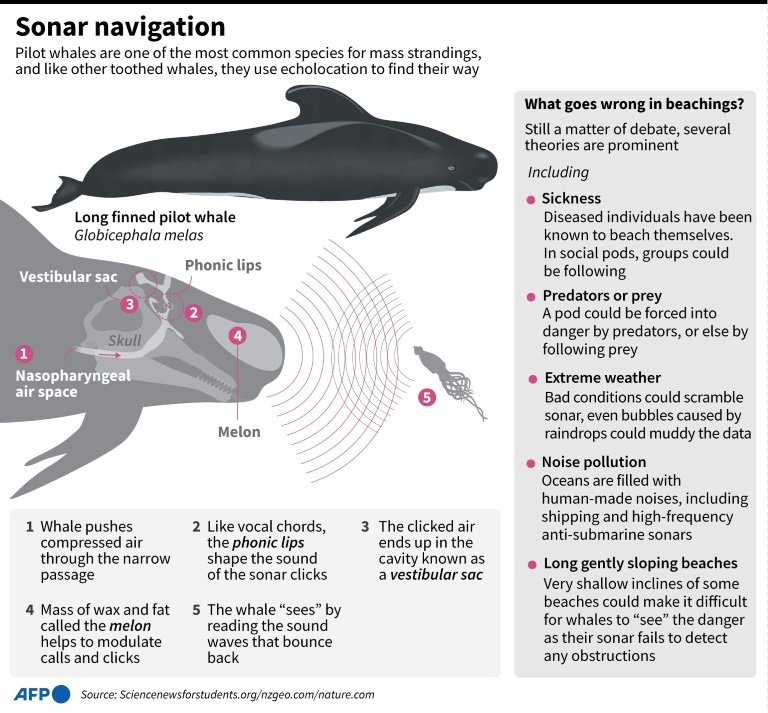 Several methods were being trialled for moving the dead whales -- including towing them out to sea before cutting them loose to sink in deeper water.

"They're hard moments, when there's so much to go and it just feels defeating, it feels never-ending," Wildcare volunteer Josh Gourlay told AFP.

"When you see what it looked like before and what it is now and you think -- actually... we've done really well."

With rescuers braving relentless rains, strong winds and cold waters for hours daily to try and save the struggling animals, he admitted the effort had taken its toll on him.

"You almost need a whale's thick skin to be out there as well."

Pilot whales -- which can grow up to six metres (20 feet) long and weigh a tonne -- are known to be highly social. 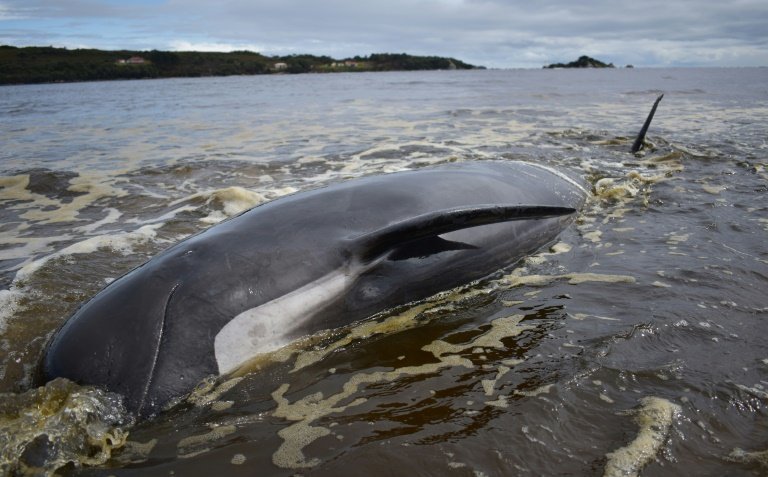 The causes of whale mass strandings remain unknown, despite scientists studying the phenomenon for decades / © AFP

Some animals have resisted rescue or tried to return to their family after being freed, becoming beached for a second time.

The causes of mass strandings remain unknown despite scientists studying the phenomenon for decades.

Despite some restrandings, there were hopes the surviving whales would recover from the stressful event, Carlyon said.

Gourlay and his fiancee, Corey Young, said crews were still positive despite the physical and emotional burden of the rescue.

"Hearing the crying, that is probably the most distressing part," he said, adding that the anguished noises from calves separated from their mothers were hard to shake.

But Young said the teams, mostly made up of people accustomed to helping animals in tragic circumstances, were rallying around each other.