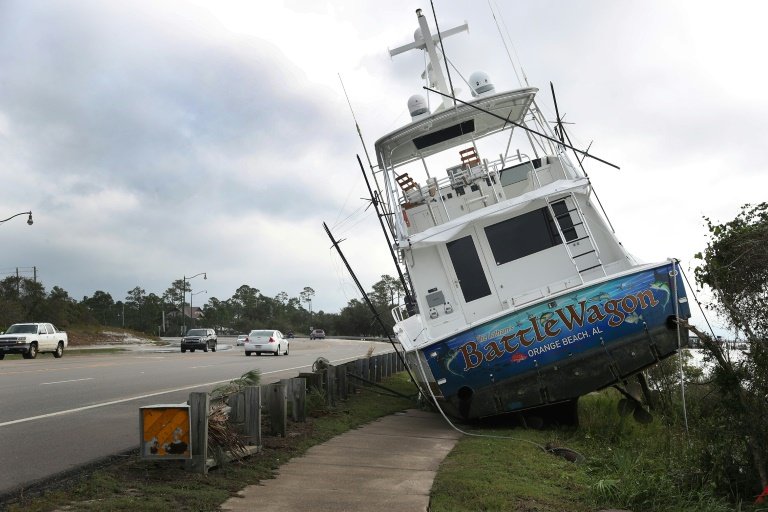 Sluggish Hurricane Sally was dumping torrential amounts of rain on the US Gulf Coast on Wednesday and threatening "historic and catastrophic" flooding in parts of Alabama and Florida.

Shellshocked residents were cleaning up on Thursday after Hurricane Sally left a trail of destruction in US coastal towns stretching from Alabama to the top of the Florida panhandle.

Sally, which made landfall Wednesday as a Category 2 hurricane, turned streets into rivers, toppled trees and downed power lines.

"Our house had windows blow out," Matt Wilson of Orange Beach, Alabama, one of the worst hit towns, told WPMI TV. "The whole house was shaking like a boat on the water. 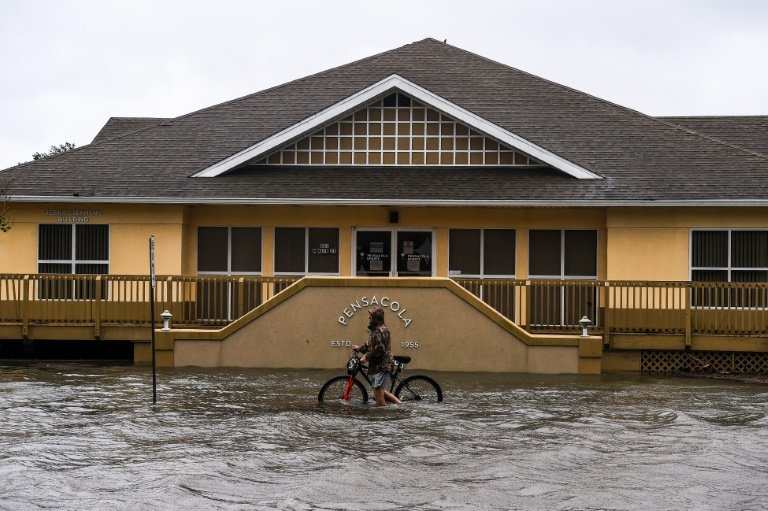 A man walks with his bicycle through a street flooded by rains from Hurricane Sally in downtown Pensacola, Florida / © AFP

Lieutenant Trent Johnson of the Orange Beach Police Department told AFP there had been one death in the city.

More than 400,000 homes and businesses in Alabama and Florida were still without power on Thursday, according to the tracking site poweroutage.us.

Some of the worst reported flooding occurred in the city of Pensacola, Florida, which has a population of around 52,000.

Downtown streets resembled lakes at the height of the storm with cars submerged to the tops of their wheels and ferocious winds whipping up whitecaps. 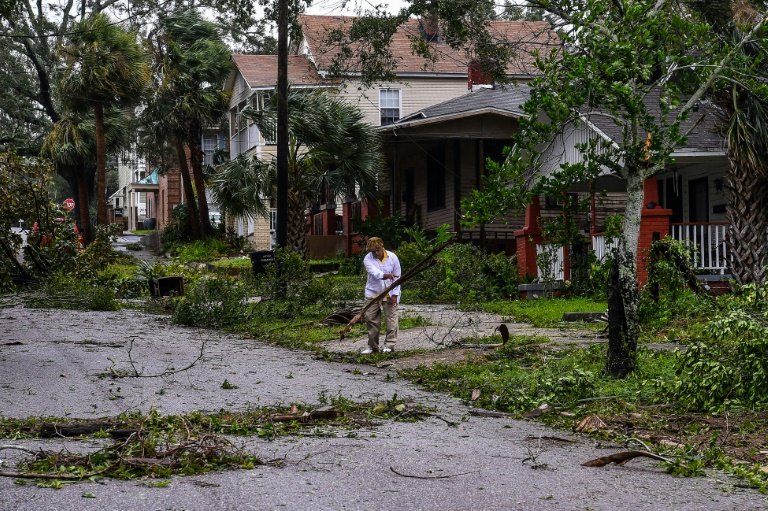 Florida Governor Ron DeSantis was to visit Pensacola on Thursday to survey the damage, which included a missing section of a major new bridge across Pensacola Bay.

A 7:00 pm to 6:00 am curfew was imposed in Pensacola and surrounding counties.

Wilson, the Orange Beach resident, said his house had suffered severe damage and his family fled their home at the height of the storm.

"Everything on the ground floor is gone," he told WPMI. "We ended up leaving the house during the eye of the storm... and waded through about five foot of water to our neighbor's house arm in arm." 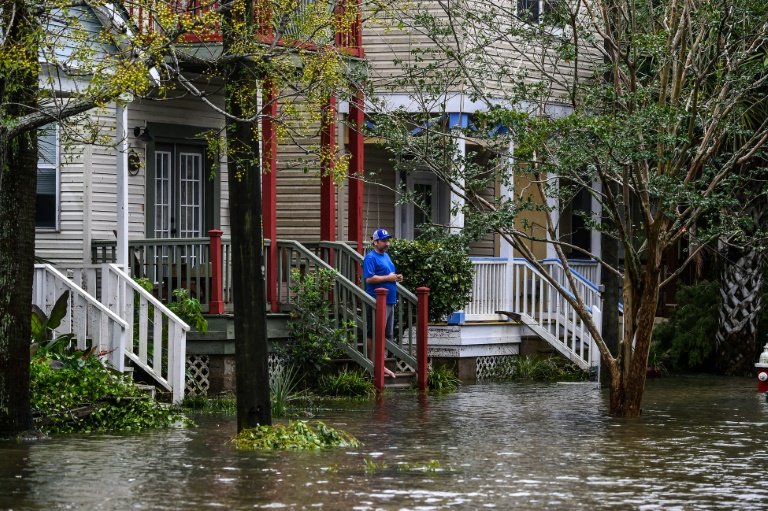 A man stands outside his home on a street flooded by Hurricane Sally in Pensacola, Florida, on September 16, 2020 / © AFP

The unusually heavy flooding was attributed to the slow-moving nature of the storm, which lingered over the coast for hours, dumping copious amounts of rain.

The National Hurricane Center said some areas were expected to receive as much as three feet of rain.

On Thursday, Sally was downgraded from a tropical storm to a post-tropical depression but the NHC said it was still dumping "torrential" rains on North and South Carolina and it could also potentially spawn tornadoes.

Parts of the Carolinas could receive as much as 10 inches of rain, the NHC said.

Many Florida residents were caught off guard when Sally veered sharply east and came in for a direct hit, leaving them with no time to gather supplies or board up windows. 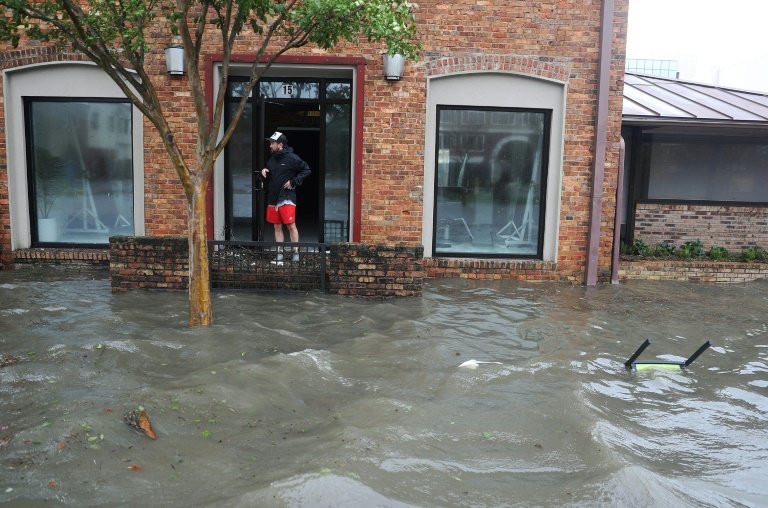 Hurst Butts looks out at a flooded street in front of his business in Pensacola, Florida, after Hurricane Sally / © GETTY IMAGES/AFP

Jeff Gardner said his family was "surprised that we found ourselves inside the hurricane."

"You just sit there wondering if, you know, your house is about to start to be ripped apart," the 47-year-old Gardner told AFP.

Although his home was not destroyed, he said there "was just a constant rush of wind the whole night."

"Nobody was prepared for a Cat 2," said David Triana, 57, a resident of Navarre, a town near Pensacola.

Alabama Governor Kay Ivey, who declared a state of emergency on Monday ahead of the storm's arrival, warned residents it may take time to recover.

"Hurricane Sally has been a slow-moving storm, which only adds to some natural delays in restoring power, water and other essential services," Ivey said.

There have been so many tropical storms in the Atlantic this year that the UN's World Meteorological Organization, which names the tempests, is about to run out of names for only the second time in history.

The last time was in 2005, the year Hurricane Katrina devastated New Orleans.