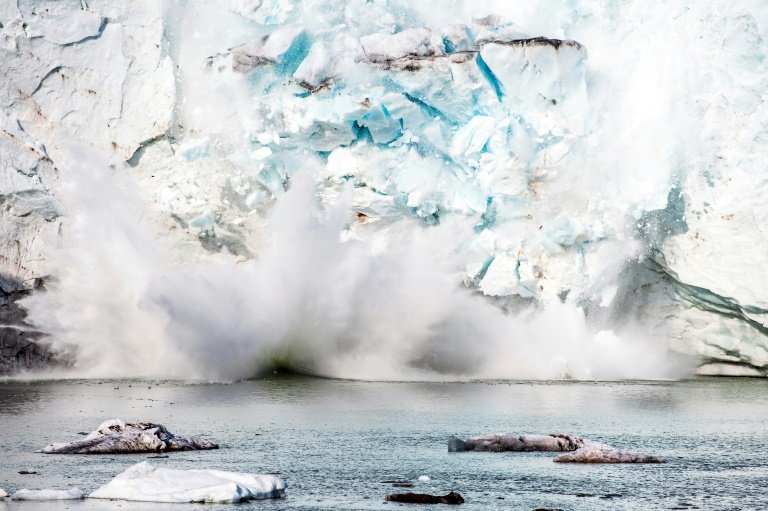 Until 2000, Greenland's ice sheet accumulated as much mass as it shed / © AFP/File

That is equivalent to an additional three million tonnes of water streaming into global oceans every day, or six Olympic pools every second.

Crumbling glaciers and torrents of melt-water slicing through Greenland's ice block -- as thick as ten Eiffel Towers end-to-end -- were the single biggest source of global sea level rise in 2019 and accounted for 40 percent of the total, researchers reported in the journal Communications Earth & Environment.

Last year's loss of mass was at least 15 percent above the previous record in 2012, but even more alarming are the long-term trends, they said.

"2019 and the four other record-loss years have all occurred in the last decade," lead author Ingo Sasgen, a glaciologist at the Helmholtze Centre for Polar and Marine Research in Germany, told AFP.

The ice sheet is now tracking the worst-case global warming scenario of the UN's climate science advisory panel, the IPCC, noted Andrew Shepherd, director of the Centre for Polar Observation and Modelling at the University of Leeds.

"This means we need to prepare for an extra ten centimetres or so of global sea level rise by 2100 from Greenland alone," said Shepherd, who was not involved in the study.

If all of Greenland's ice sheet were to melt, it would lift global oceans by seven metres (23 feet).

Even a more modest rise of a couple of metres would redraw the world's coastlines and render land occupied today by hundreds of millions of people uninhabitable. 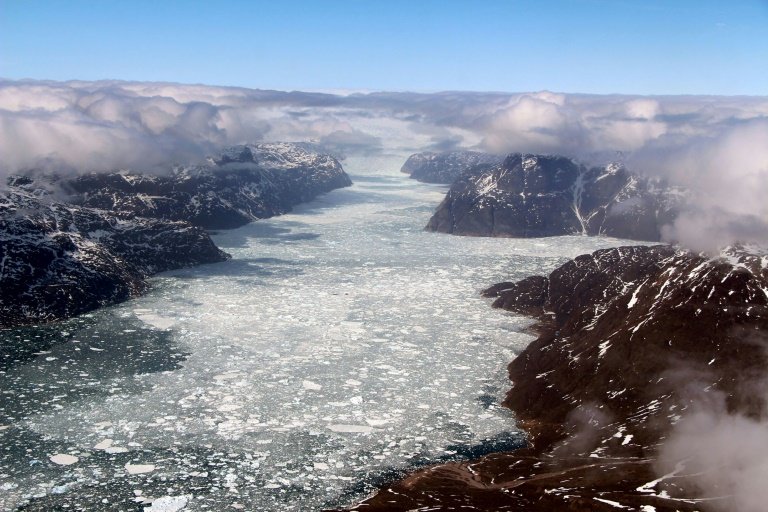 If all of Greenland's ice sheet were to melt, it would lift global oceans by seven metres / © NASA/AFP/File

Until 2000, Greenland's ice sheet -- covering an area three times the size of France -- generally accumulated as much mass as it shed.

Runoff, in other words, was compensated by fresh snowfall.

But over the last two decades ago, the gathering pace of global warming has upended this balance.

The gap is widening at both ends, according to the study, which draws from nearly 20 years of satellite data.

In 2019, the ice sheet lost a total of 1.13 trillion tonnes, about 45 percent from glaciers sliding into the sea, and 55 percent from melted ice, said Sasgen. It gained about 600 billion tonnes through precipitation.

A study in the same journal last week concluded that the Greenland's ice sheet has passed a "tipping point", and is now doomed to disintegrate, though on what time scale is unknown.

Sasgen says it is too soon to know if we have reached a point of no return, but agrees that the ice sheet is likely to continue losing mass, even in colder years. 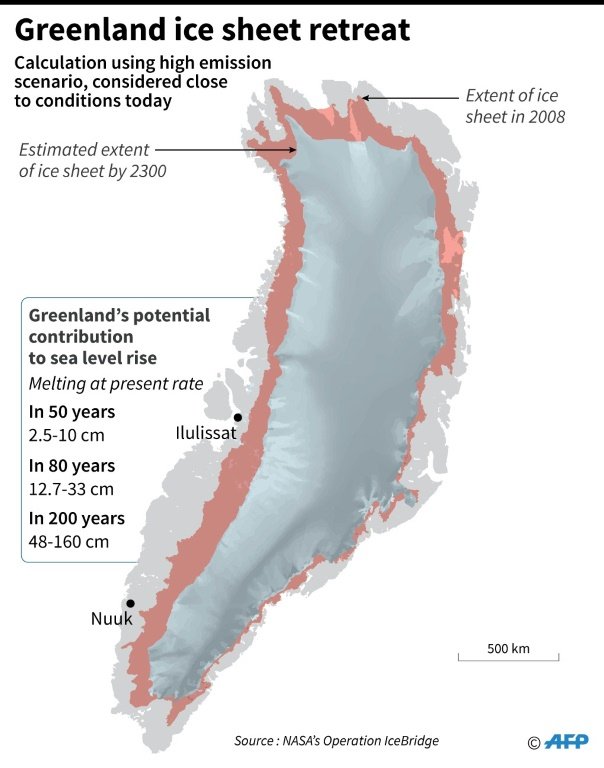 "But that doesn't mean that trying to limit warming doesn't matter," he added.

"Every decimal degree you save in terms of warming will save a certain amount of sea level rise, both in magnitude and speed."

At the other end of the world, the West Antarctic Ice Sheet -- which holds another six metres worth of sea level rise -- is similarly thought to be teetering on a tipping point, with many experts convinced it has already passed it.

Scientists not involved in the research were not surprised by the findings, but expressed concern.

"The ice sheet has lost ice every year for the last 20 years," said Twila Moon, a research scientists at the University of Colorado.

"If everyone's alarm bells were not already ringing, they must be now."

Stuart Cunningham, an oceanographer from the Scottish Association for Marine Science, warned about the potential impact on the North Atlantic circulation, a current that keeps northwestern Europe five to ten degrees Celsius warmer that similar latitudes elsewhere on the globe.

"Climate models show this circulation can be switched off by adding fresh water to the North Atlantic," he said, noting this happened during the end of the last ice age.

"This tipping point in the climate system is one of the potential disasters facing us."

From 1992 to 2018, Greenland lost about four trillion tonnes of mass, causing the mean sea level to rise by 11 millimetres, according to a December 2019 study in Nature.