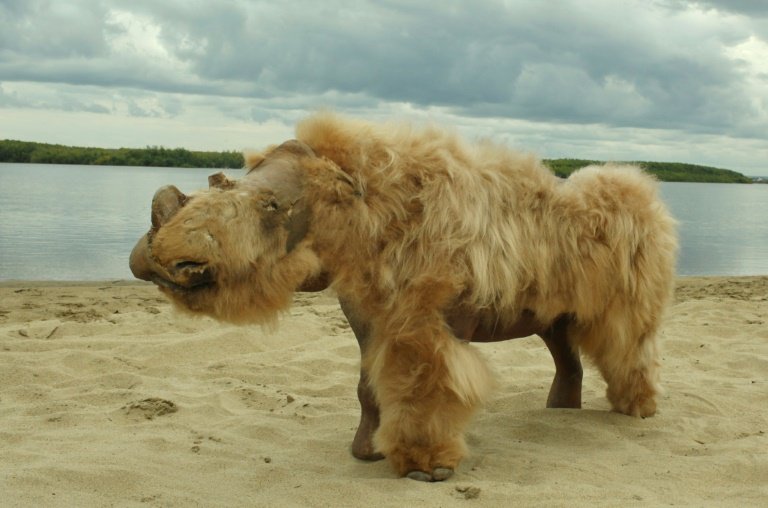 A woolly brown rhinoceros that weighed two tons once roamed northeastern Siberia before mysteriously disappearing around 14,000 years ago.

Was its demise caused by humans, or the warming climate of the time?

A new study by a Swedish and Russian team of scientists who examined DNA fragments from the remains of 14 of these prehistoric mammals lets our species off the hook.

They say the population of the animal -- also known by its scientific name Coelodonta antiquitatis -- remained stable for millennia as they lived alongside humans, before dropping sharply toward the end of the last ice age.

"That makes it more likely that climatic changes that happened around 14,000 years ago are the primary driver of extinction, rather than humans," Love Dalen, a geneticist at Sweden's Centre for Palaeogenetics, told AFP.

Dalen led the study that was published in the journal Current Biology on Thursday.

How did they reach that conclusion from DNA strands taken from the remains of animals frozen in the soil for thousands of years? 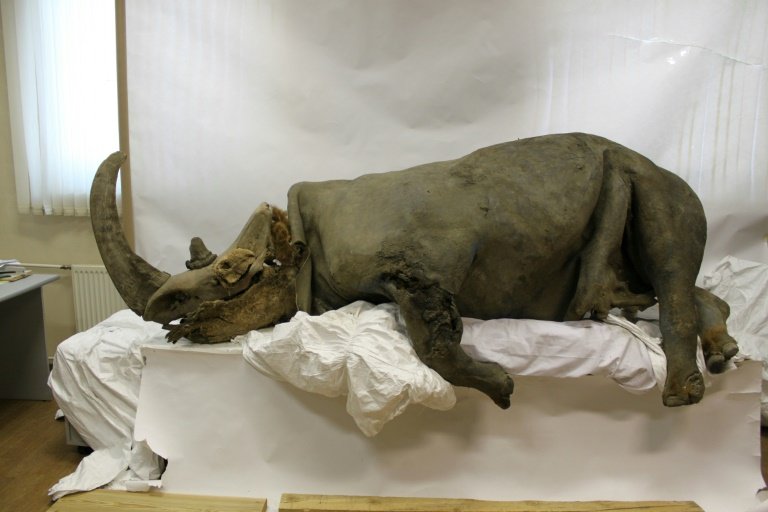 The remains of a woolly rhinoceros from the Kolyma region of Siberia; the animal had two horns / © AFP

The size of a population of a species is proportional to its level of genetic diversity and the degree of inbreeding, said Dalen.

The team were able to analyze the complete genome of one rhinoceros dating from 18,500 years ago.

By comparing the chromosomes inherited from the mother and from the father, they determined inbreeding was low and diversity was high.

"One individual's genome is a mosaic of all its ancestors," explained Dalen.

From other animals they were able to harvest mitochondrial genomes -- which are passed down from the mother -- and from this could estimate the size of the female populations over time.

Humans arrived in this part of Siberia 30,000 years ago. Though they hunted the rhinos, the animal's population remained steady for 12,000 more years until an abrupt period of warming known as the Bolling–Allerod.

The same team previously published the genome of another megaherbivore, the woolly mammoth -- and believe this species likewise went extinct due to climate change, not human hunting.

Their conclusions are still being debated among the scientific community.

A key difference is that the mammoths went extinct twice: the ones on mainland Siberia disappeared around the same time as the rhinos, but a few hundred survived on Wrangel Island six millennia longer.

Today, the closest living relative of the woolly rhino is the Sumatran rhino.

Frequently poached and facing the destruction of their habitat, there are fewer than 80 left in existence.

Here, no one can argue that humans are free of blame.